The U.S. Patent and Trademark Office officially published a series of 55 newly granted patents for Apple Inc. today. In this particular report we cover Apple's second granted patent for a 3D in-air gesture system. Apple's first granted patent titled "Three-Dimensional user interface session control" was issued in May 2015. A year later Apple filed a continuation patent application titled "Three dimensional user interface session control using depth sensors," and tweaked the patent claims from 35 to 15 for this granted patent. Apple has already filed another continuation patent on this invention. With so many patent applications and granted patents on this invention over a short period of time it's clear that this is one that Apple is hoping could be adapted to future Macs in conjunction with their next-generation dual lens iSight camera that will first come to market next month on the iPhone 7. Just how close Apple is to delivering such a feature to future Macs is simply unknown at this time. 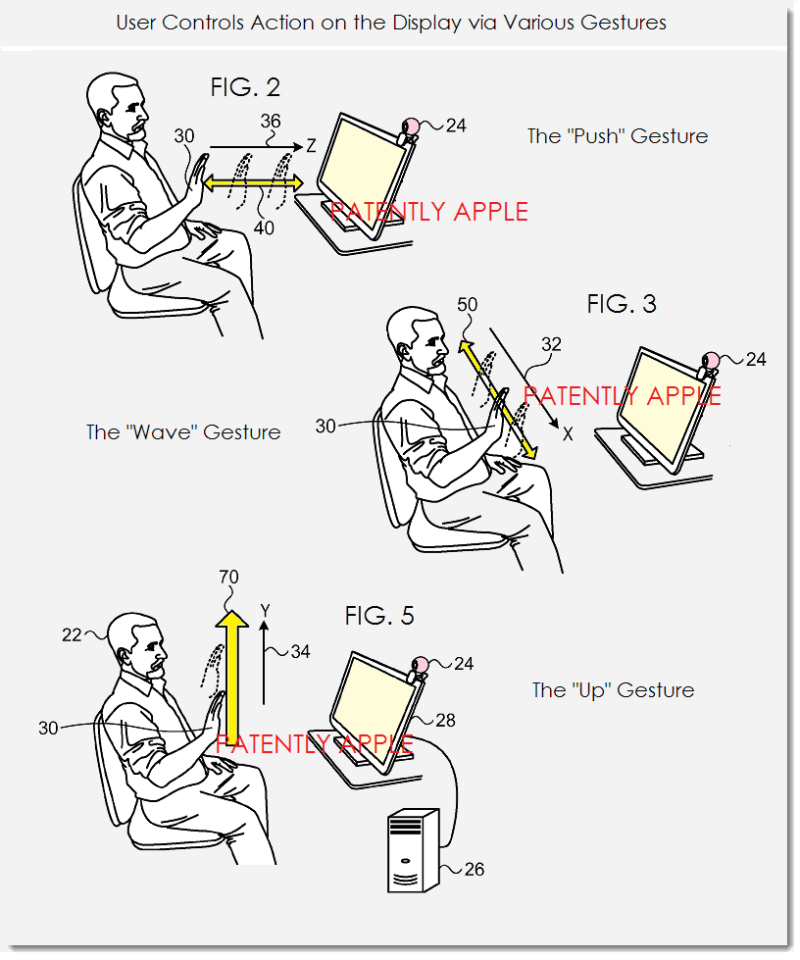 Apple's patent FIGS. 6A, 6B, 6C, and 6D shown below are schematic pictorial illustrations of the non-tactile 3D user interface responding to vertical movement of the user's hand. This system could easily apply to Apple TV as well in the future. 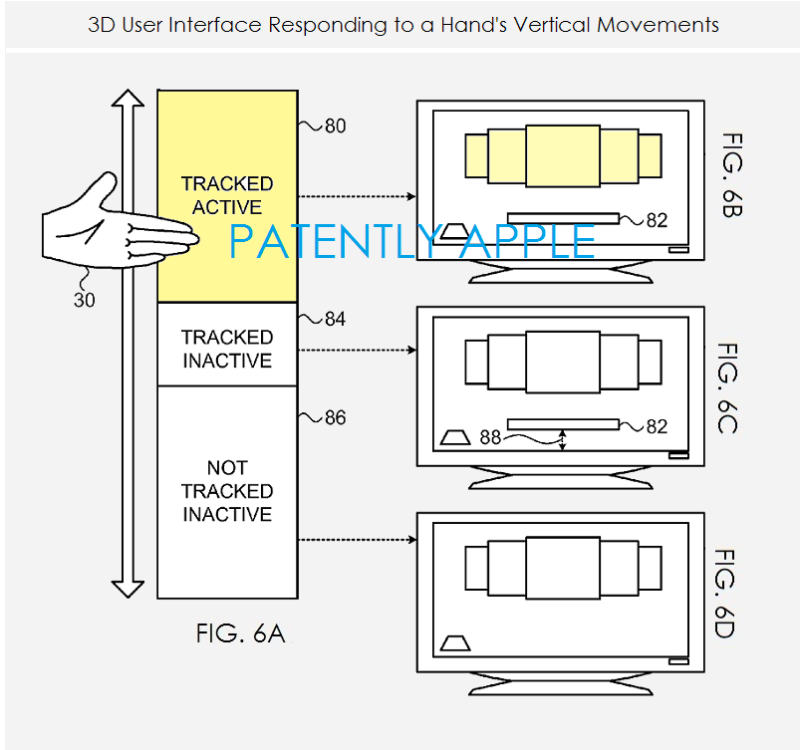 Apple has also filed a second continuation patent on this invention back in September 2015 that differs from both current granted patents. In that patent once again the changes boiled down to tweaking the patent claims. For instance, one of the first changes is found in that patent was found in claim one describing the following:

One More Thing on the Topic of 3D Interfaces