The U.S. Patent and Trademark Office officially published a series of 80 newly granted patents for Apple Inc. today. In this particular report we cover Apple's inventions for an advanced iPhone dock and new earphone bend switches. On the design patent front we cover the iPhone 4S, an Apple Store Apple Watch case with chargers built into every pod, Apple Watch band attachments and a power module. We wrap up this week's granted patent report with our traditional listing of the remaining granted patents that were issued to Apple today.

In March 2015 Apple applied for a patent for a high-end docking station that would provide users with an extra display, inductive charging, and trackpad. You could review our original report here for more details. Today's granted patent relates to the first patent filing and shares the same patent figures and more. The focus and emphasis of this granted patent is on facilitating the sharing or transfer of power among a portable computing device, a docking station, and one or more accessories. 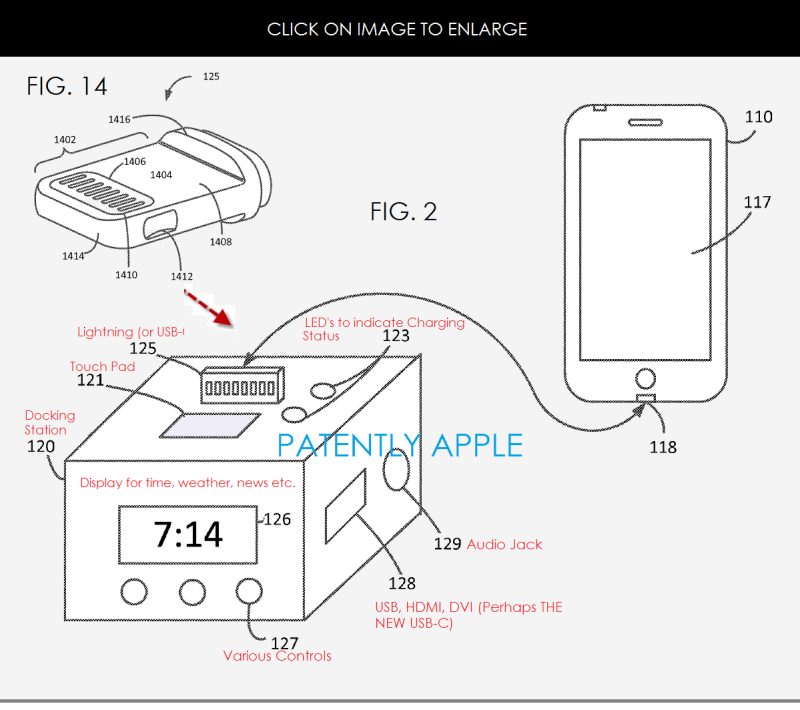 Will Apple ever go beyond the minimalist iPhone Dock? Only time will tell. Apple's granted patent 9,411,369 was originally filed in Q3 2013 and published today by the US Patent and Trademark Office.

Apple's granted patent covers a bend switch that could be incorporated into a wire that features a small and unobtrusive profile, and that could control one or more device functions. You'll be able to control an iOS device like today's In-Ear Headphones with Remote and Mic with the remote being flexible in design instead of being ridged like it is today.

Features for using the switch without requiring a user to look at the switch are also provided. 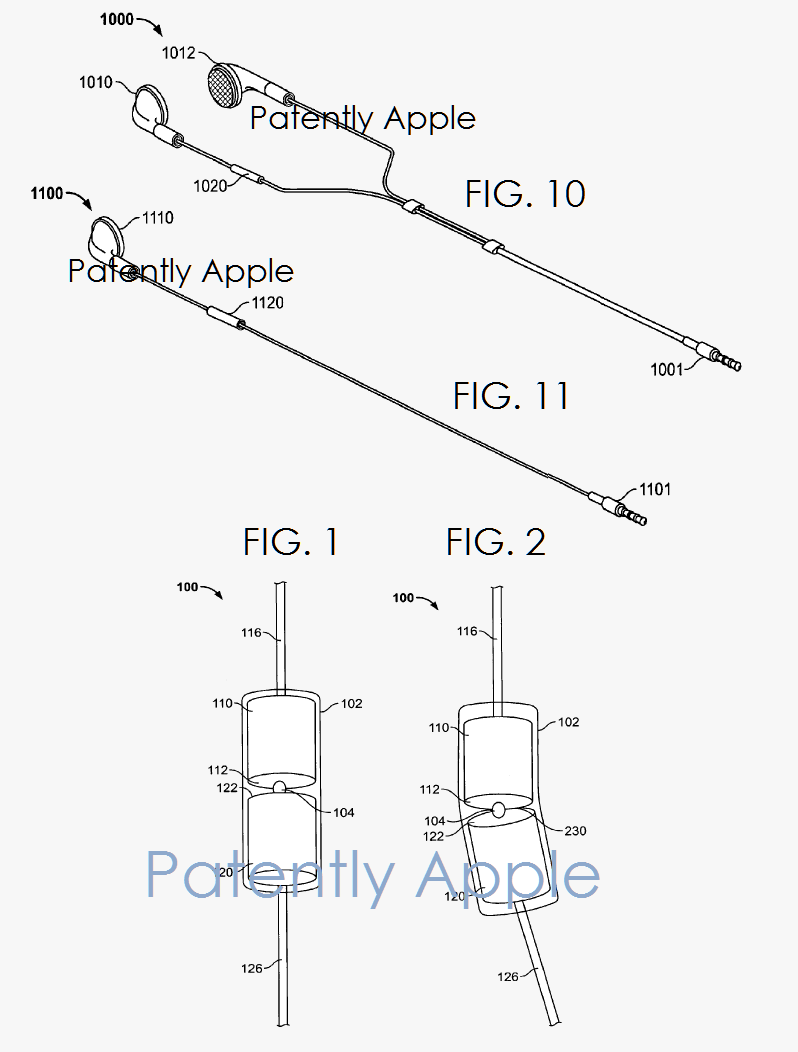 The key granted design patents issued today that are noted below cover the iPhone 4S, a power module for Australia and New Zealand, Apple Watch Band Attachments and a case that holds Apple Watches in Apple Stores that contain chargers within each Apple Watch pod. 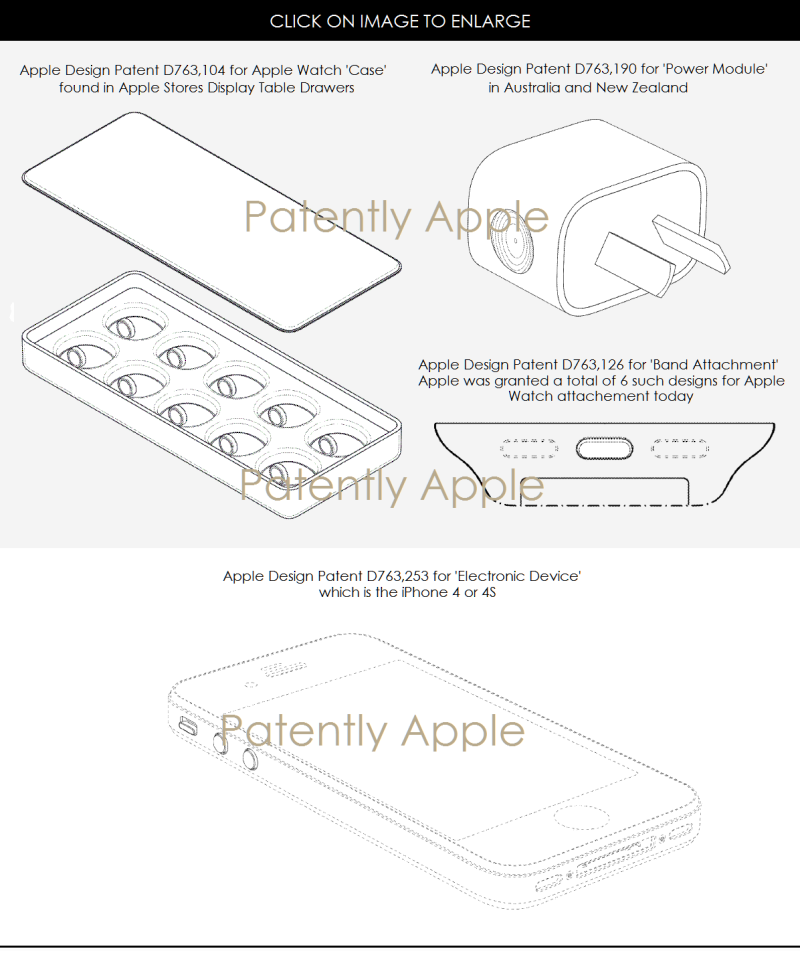 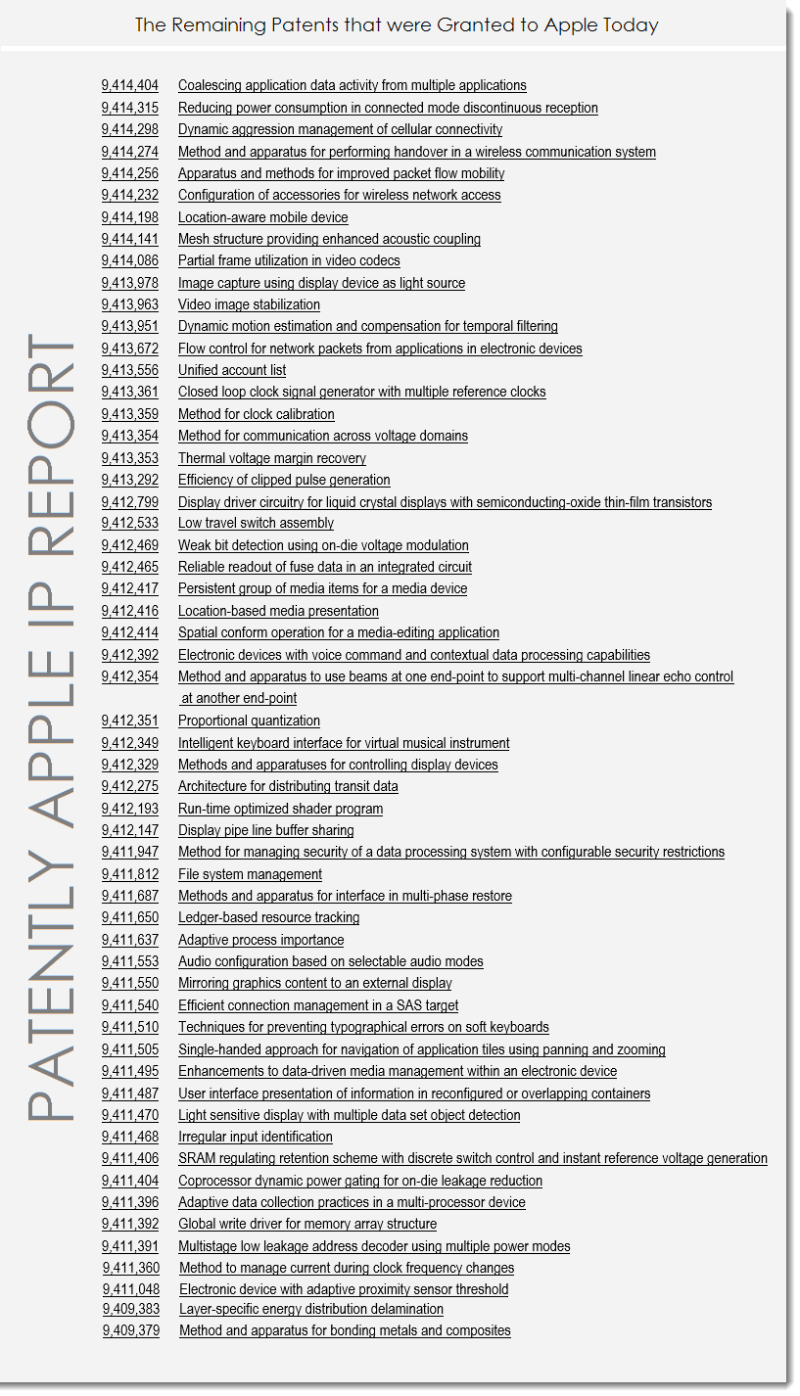