The U.S. Patent and Trademark Office officially published a series of 59 newly granted patents for Apple Inc. today. In this particular report we cover four key design patent wins covering Apple's Home Button and the Apple Watch Home Screen and more. The one granted patent that we highlight in this report was a bit of a surprise. When I think of 'Liquid Metal' I instantly envision devices like a future iPhone made of Liquid Metal, like the one that Apple was granted a patent for today. I also think of a sexy Apple Watch redesign. What I don't think of is how liquid metal is being used to create an integrated touch display – and yet that what Apple's granted patent reveals. We wrap up this week's granted patent report with our traditional listing of the remaining granted patents that were issued to Apple today.

A touchscreen is an electronic visual display that can detect the presence and location of a touch within the display area. The term generally refers to touching the display of the device with a finger or hand. Touchscreens also can sense other passive objects, such as a stylus. Touchscreens are common in devices such as all-in-one computers, tablet computers, and smartphones.

The use of bulk amorphous alloys or liquid metal in touch devices covers Apple devices such as the iPhone, iPad, MacBook displays and even automobile navigation and display systems, according to the patent. 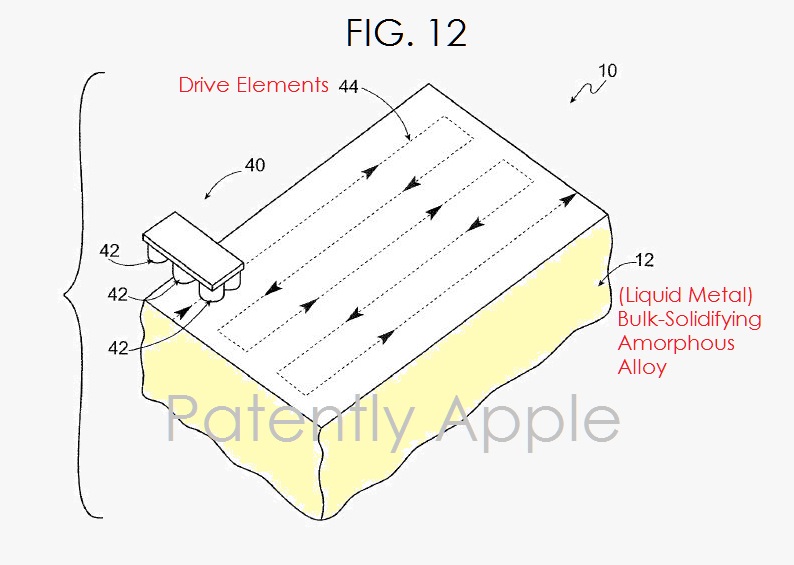 Apple's granted patent 9,430,102 was filed in Q3 2012 and published today by the US Patent and Trademark Office. To review this elaborately detailed patent, click here.

The Top Granted Design Patents of the Day 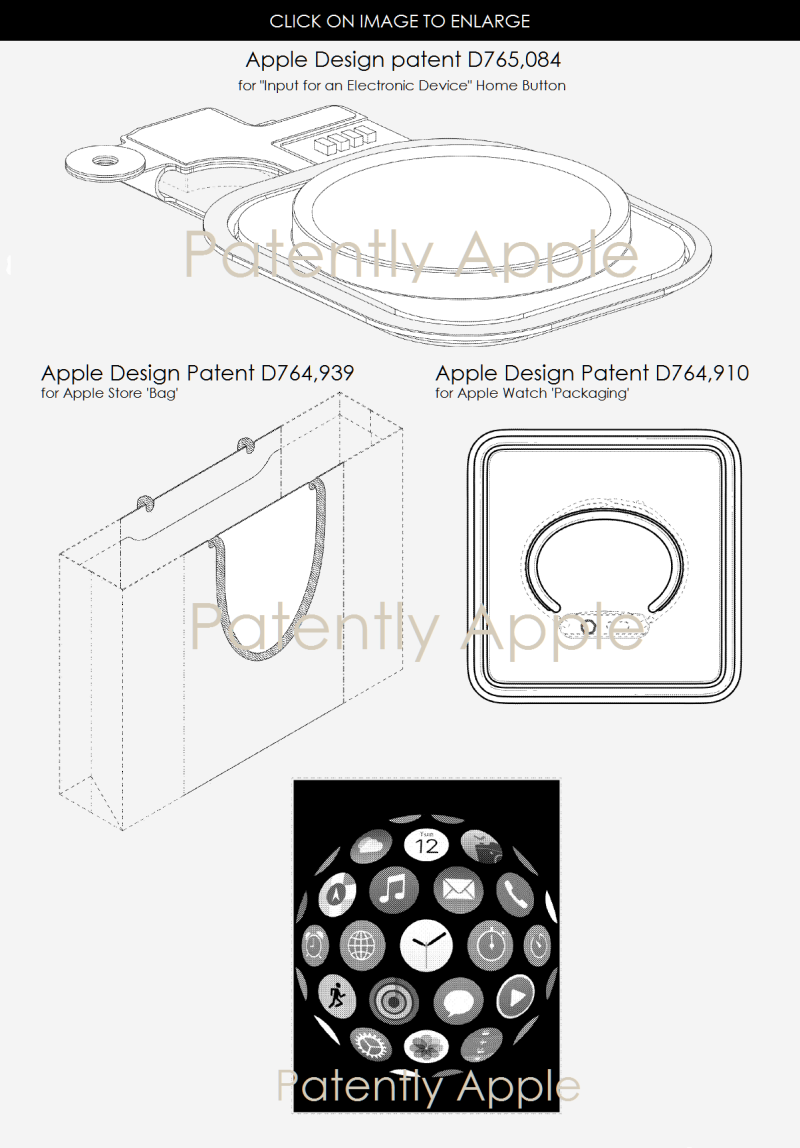 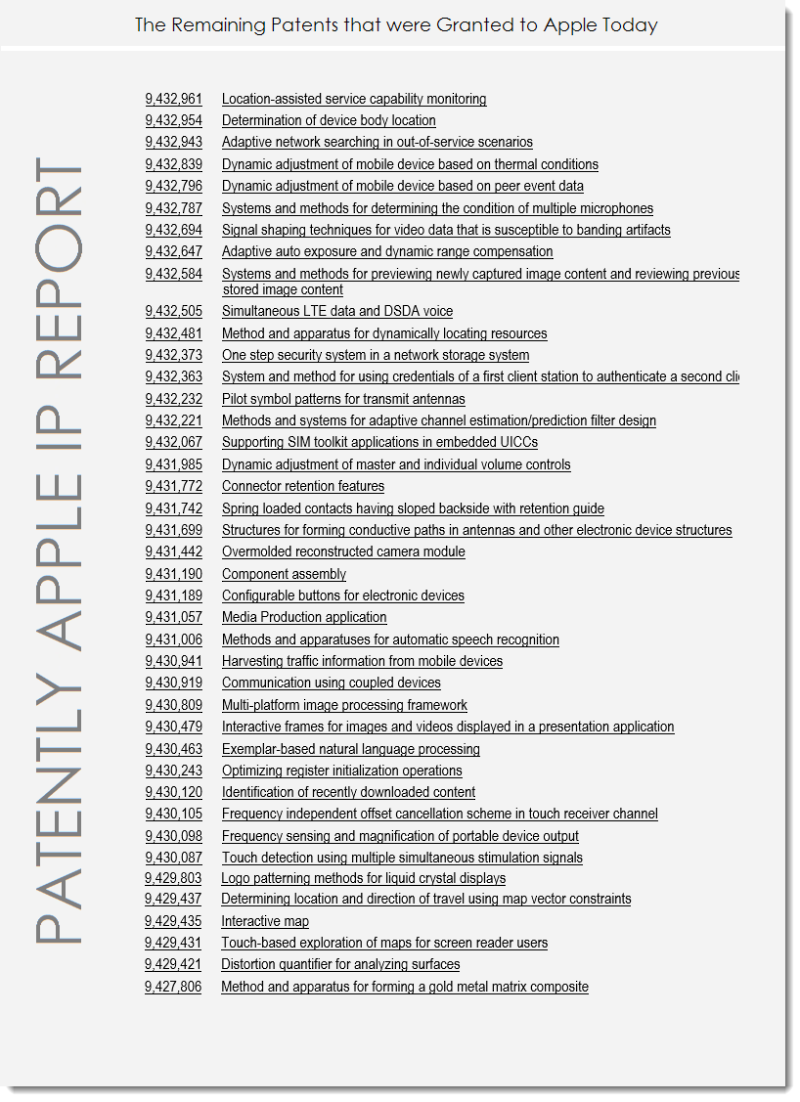