The U.S. Patent and Trademark Office officially published a series of 55 newly granted patents for Apple Inc. today. In this particular report we cover two iOS device camera patents covering HDR images and a Compact Optic Camera Lens Design. Apple was also granted ten design patents today covering such things as the ResearchKit icon, a folding pin adapter and most notably, the Apple Store Genius Bar backdrop that's found in most Apple Stores today, even though they're being phased out and replaced by the new 'Grove' in-store area. We wrap up this week's granted patent report with our traditional listing of the remaining granted patents that were issued to Apple today.

Apple's patent background notes that unfortunately, even though the technical specifications of mobile digital cameras have improved over the years, these cameras often still can't capture and produce high quality images because the image processing capabilities of these cameras have not matched their improving hardware capabilities. For instance, many cameras today still do a poor job of capturing and producing images with high dynamic range (HDR).

A classic example of an HDR scene is a person standing indoors in front of a window during daytime (as shown in the Macworld's photo below). Many cameras capturing such a scene produce an image that has a bright background with a dark foreground that does not show all the features of the person. The problem of capturing such an HDR scene by a mobile device's camera (e.g., by a phone's camera) is exacerbated by the small image sensors employed by such a camera.

Apple's newly granted patent covers their invention relating to iOS devices capturing and producing images with high dynamic ranges. To capture and produce a high dynamic range image, the mobile device of some embodiments includes novel image capture and processing modules. In some embodiments, the mobile device produces a high dynamic range (HDR) image by (1) having its image capture module rapidly capture a succession of images at different image exposure durations, and (2) having its image processing module composite these images to produce the HDR image. 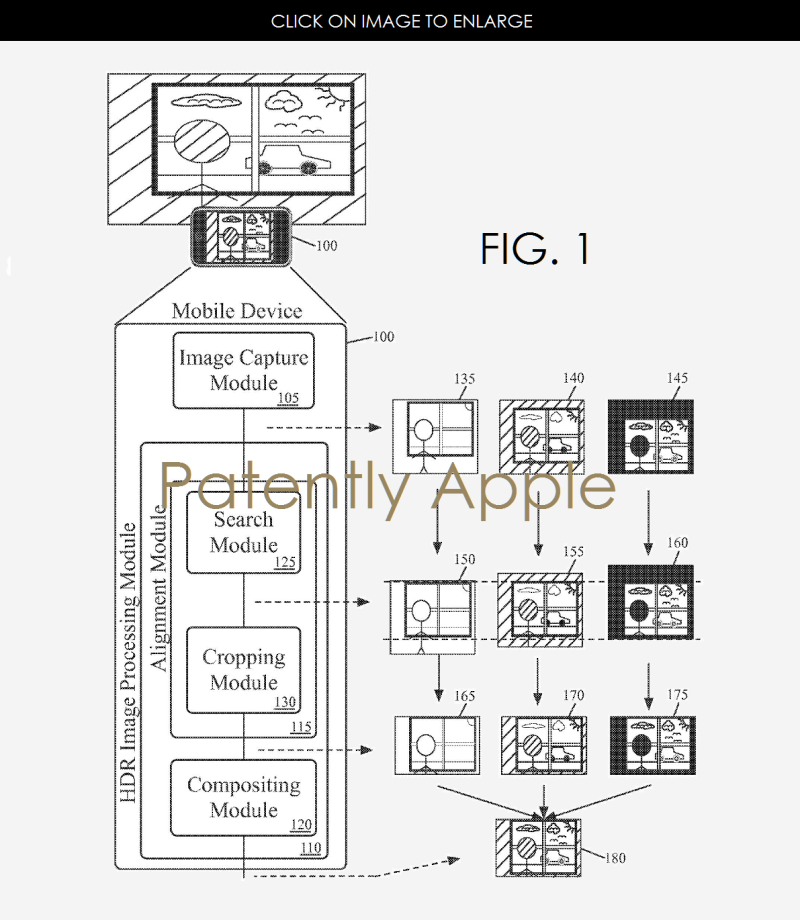 Apple's second granted patent 9,420,155 regarding the iOS camera is titled "Compact optic design for digital image capture devices." The invention generally relates to the field of optics. More particularly, granted patent relates to a novel and highly beneficial techniques for fashioning an optical stack or camera module. For learn more about this invention, click here 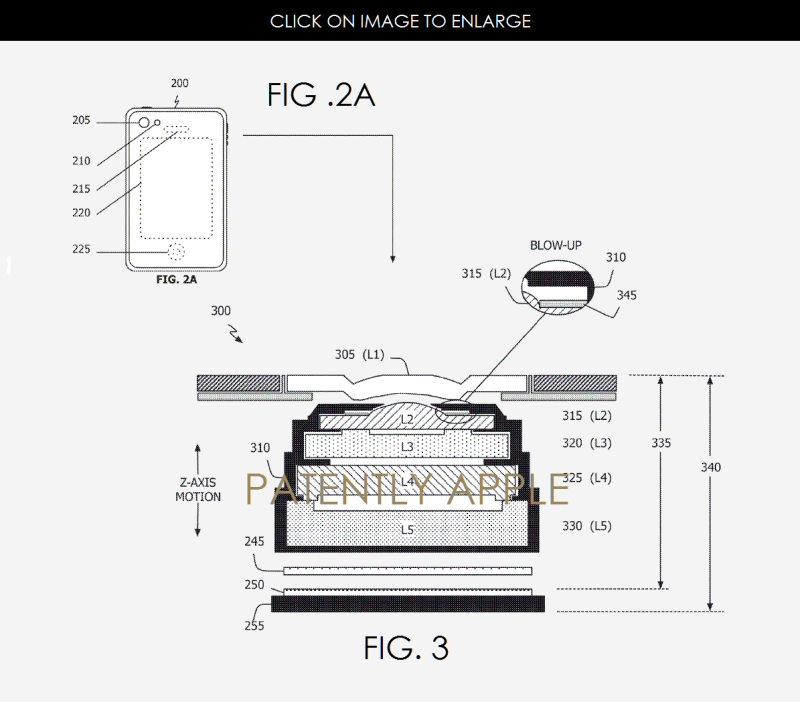 Apple Granted a Design Patent for the Genius Bar

Just prior to Apple completely updating their stores around the world with the new "Grove," the Genius Bar is where Apple customers go to get advice on problems with their hardware or apps. Today the U.S. Patent and Trademark Office granted Apple design patent D763,605 for a "display structure" as noted below showing the Genius Bar background found at most Apple Stores. 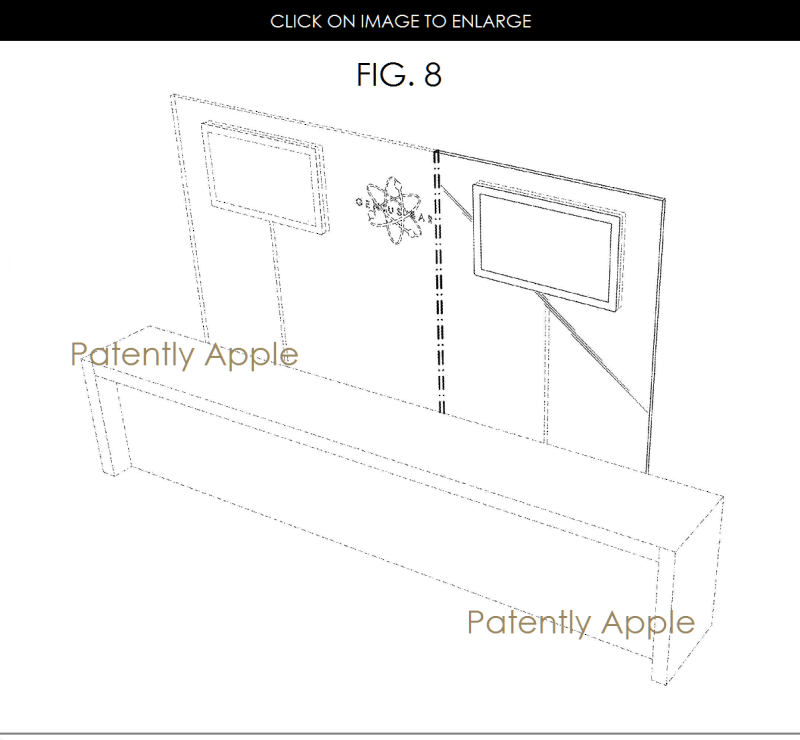 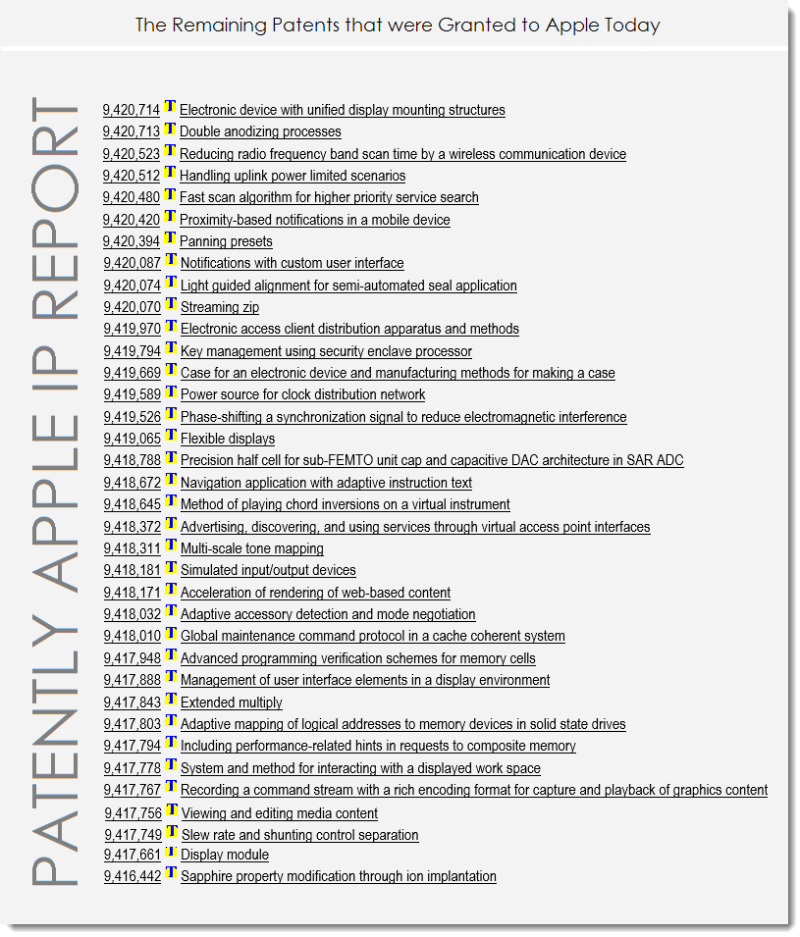