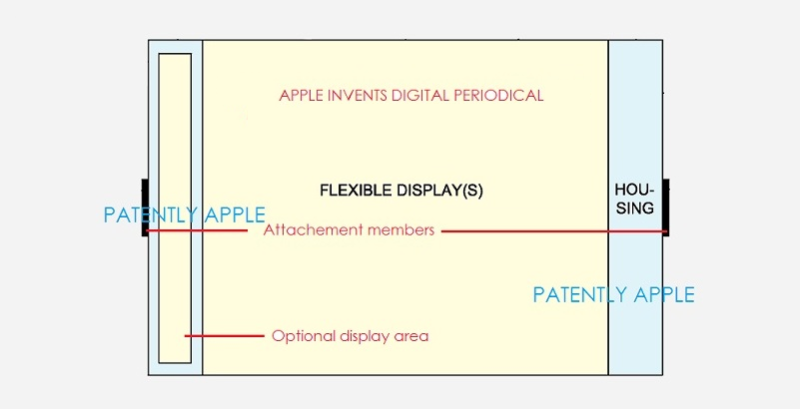 In October 2014 Patently Apple presented a patent report titled "Apple Surprises us with an Exciting Invention Revealing a Next Generation Digital Periodical Device using Flexible Displays." The patent application had never surfaced publicly under Apple and our first viewing of this was in the form of a granted patent. You could review that report for the overview of the digital periodical/newspaper system here that covered granted patent 8,855,727. We also covered Apple's second granted patent on this concept that was issued in May 2016 under number 9,332,113. Each time Apple focused on different patent claims and features. Today, the U.S. Patent and Trademark Office published a patent application from Apple today that reveals their continuing work on this invention that could one day lead to a scrollable-like device.

In Apple's first granted patent, the digital periodical was referred to in the patent claims to be a mobile phone. In the latest patent filing, "the device" is no longer a mobile phone, but rather on that could be rolled up when the reader is finished using it. Patent claim 5 states that the electronic device comprises of a housing, wherein the flexible display is configured to collapse and roll up into the housing. Patent claim further notes that the flexible display is stored in the housing in a first mode and expanded out of the housing in a second mode. The device could be circular or cubical in design.

Looking to the future, Apple has a lot of technology in the form of intellectual property regarding displays, sensors, devices and software. This invention obviously fell into an area of great interest to Apple, because in the end, Apple acquired the initial patent from inventor Harry Vartanian from Philadelphia. Vartanian and friend Jaron Rhodes work at their company called HJ Laboratories. It's a company that develops, applies for and sells patents.

This is likely why Apple has filed so many continuation patents since acquiring it so as to tweak the invention into how they perceive it to be and how to make it work within a workable device roadmap – should they decide to proceed with the idea. Whether Apple sees this as a defensive patent or one they wish to bring to market offensively remains an open question at this point in time.

I say defensively because Apple knows that their rival Samsung is working on similar devices and concepts such as those noted below in our graphic which covers a scrollable smartphone, a cube, rollable and foldable devices. Patently Mobile, our other IP blog covering Samsung, Google and Microsoft patents, has many other Samsung invention reports along these lines. 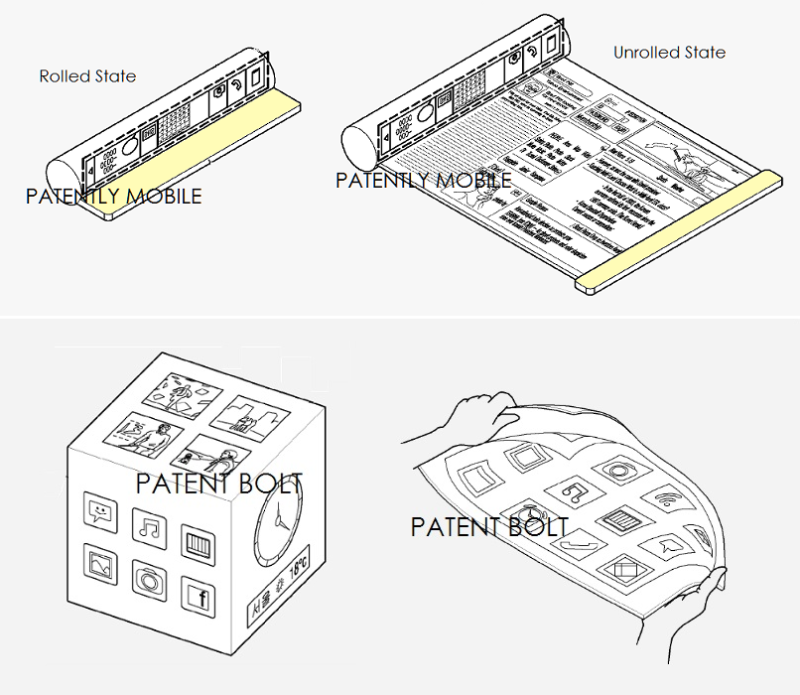