In June Patently Apple posted a report titled "Microsoft Rumored to be Preparing an iMac Challenger," wherein we outlined Microsoft's clear intentions of matching all of Apple's devices from a smartphone through to an iMac competitor in the not-too-distant future.

Since the introduction of the iPhone in 2007, Apple slowly, methodically and single handedly destroyed the traditional PC market that may not truly recover until sometime in 2017-2018, according to IDC. But Microsoft wants to be ready for the rebound in enterprise and consumer markets and is determined to challenge Apple on this front with a new desktop computer concept. Our report covers some of the highlights from Microsoft's second patent covering a modular desktop computer that was published by the U.S. Patent and Trademark Office earlier this month. Below are a few new patent figures supporting their potential new iMac Challenger. 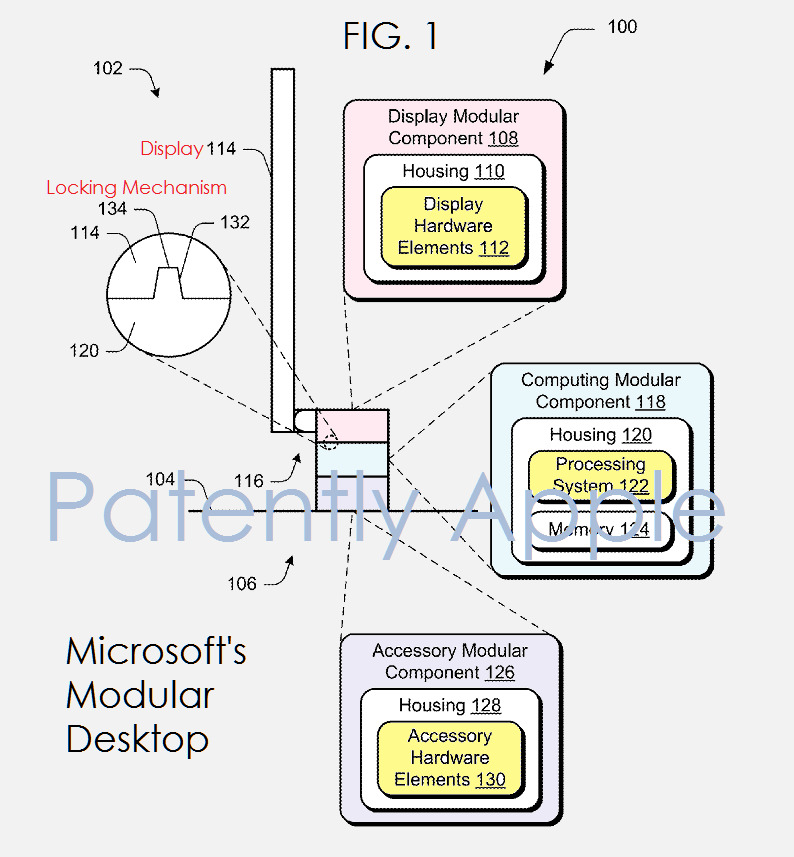 However, the system could be configured to be a portable television set or set top box or game console by simply adding modules.

In one or more implementations, a computing device is assembled from a plurality of modular components formed using respective housings that may be physically and communicatively coupled, one to another, without the use of tools to add desired functionality.

In the illustrated example, the modular components are illustrated as assuming a stacked configuration in which one modular component is stacked "on top" of another modular component. For example, a magnetic coupling device may be included such that magnetism is utilized to form a physical connection between the components. The magnetic coupling device, for instance, may include a flux fountain in which a plurality of magnets are arranged (e.g., perpendicular to each other) to steer a field of flux "outward" away from the components to increase a securing force than would otherwise be the case if the magnets were aligned such that the fields were also aligned, one to another. 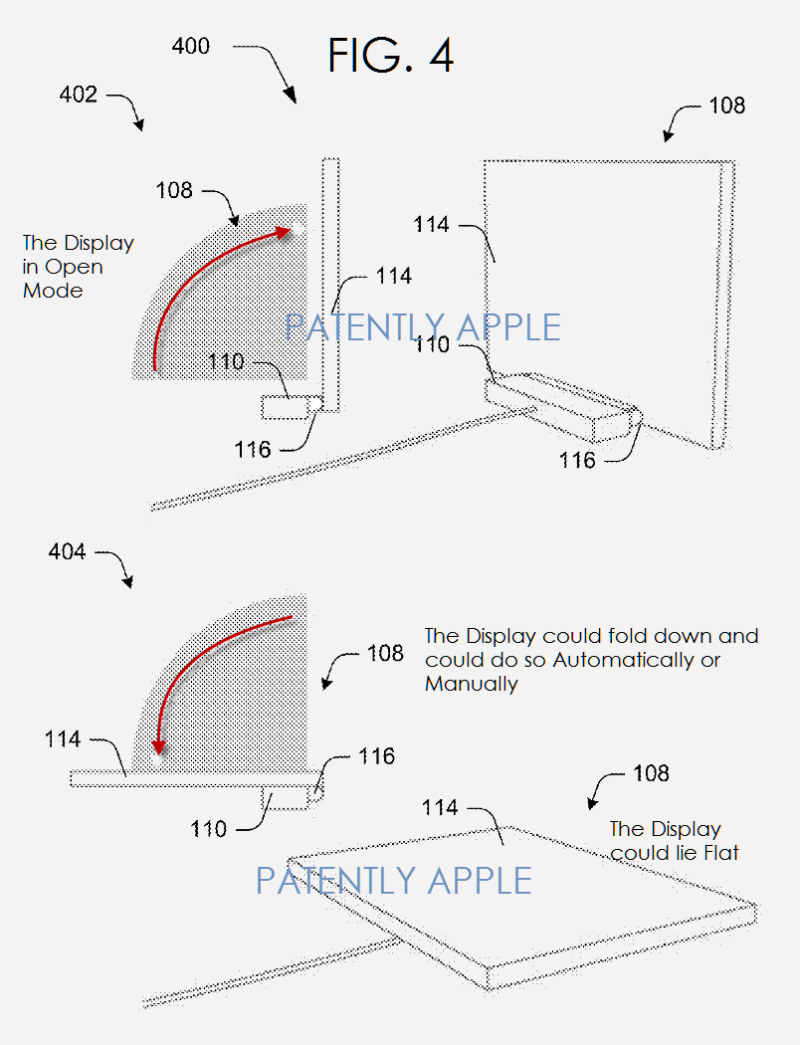 Some of the other features related to this modular computer is a touchscreen display, a 3D depth camera to support facial recognition, iris scanning, in-air gestures, motion gestures, a projector system that could support a virtual keyboard option and finally a thermal system, such as to draw in air from a front and exhaust through the sides and back. For more details, see Microsoft's latest patent filing on a modular desktop here.