On June 20 Patently Apple posted a report titled "The Indian Government is Giving Apple a Three Year Grace Period to Open Apple Stores." The Hindustan Times reported at the time that "Apple India finally might have the opening to spread its wings free with exclusive Apple retail outlets as the government on Monday relaxed FDI rules and eased the condition that stipulates companies to source at least 30% of their components or merchandise for being eligible to set up company-run retail stores in India." It's being reported today that Prime Minister Narendra Modi is clearing the way for Apple to open its first retail store in India after repeated delays, according to people familiar with the matter.

Bloomberg reports today that "Modi's cabinet on Wednesday is likely to approve a three-year exemption on local-sourcing requirements for foreign single-brand retail companies with "cutting-edge technology," according to the people, who asked not to be identified due to rules for speaking with the media. At the same time, the government will make it easier for companies like Apple to meet that criteria, the people said.

The moves represent the latest shift for Modi's government, which has sent conflicting signals in recent months over Apple's bid to set up shop in India. Apple Chief Executive Officer Tim Cook visited India for the first time in May as he seeks to tap the world's fastest-growing smartphone market to counter slowing sales growth elsewhere.

Modi's push to clarify those procedures will pave the way for Apple to open a retail store, according to the people. The new rules may also impact China's Xiaomi Corp. and Leshi Internet Information & Technology Corp., which have also asked for exemptions." For more on this see the full bloomberg report here. 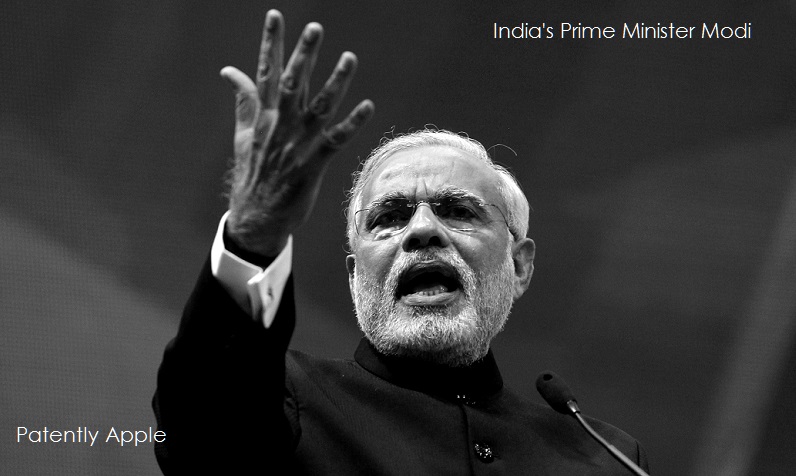