A new Korean report today states that "It is predicted that a home button will disappear from Smartphones. CrucialTec, which is a business that specializes in fingerprint recognition solutions, made an announcement on the 30th that it has recently started supplying modules that can recognize touch and fingerprints on the back of tempered glass to Smartphone manufacturers.

Until now, fingerprint recognition module stuck out in a form of a circle or a square because it was possible to recognize fingerprints when a finger actually touched a module. This is why a home button physically remained on a Smartphone.

"Smooth and a feeling of uniformity are given as tempered glass is exposed in all surfaces and it is also more advantageous in engrafting waterproof and dustproof functions since a button that sticks out is disappeared." said a representative for CrucialTec."

Patently Mobile recently reported on Samsung considering backside fingerprint scanners or alternatively in the Home Button, Apple style, on the face side of a smartphone which is something that Apple was first to patent years ago (http://bit.ly/28YQKIo and http://bit.ly/28XA4yr and more here: http://bit.ly/1GMbcq7.) 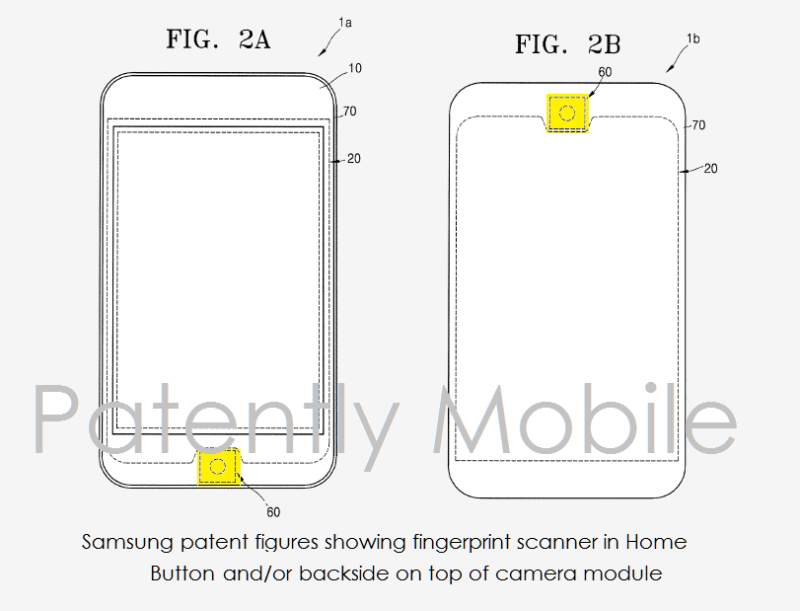 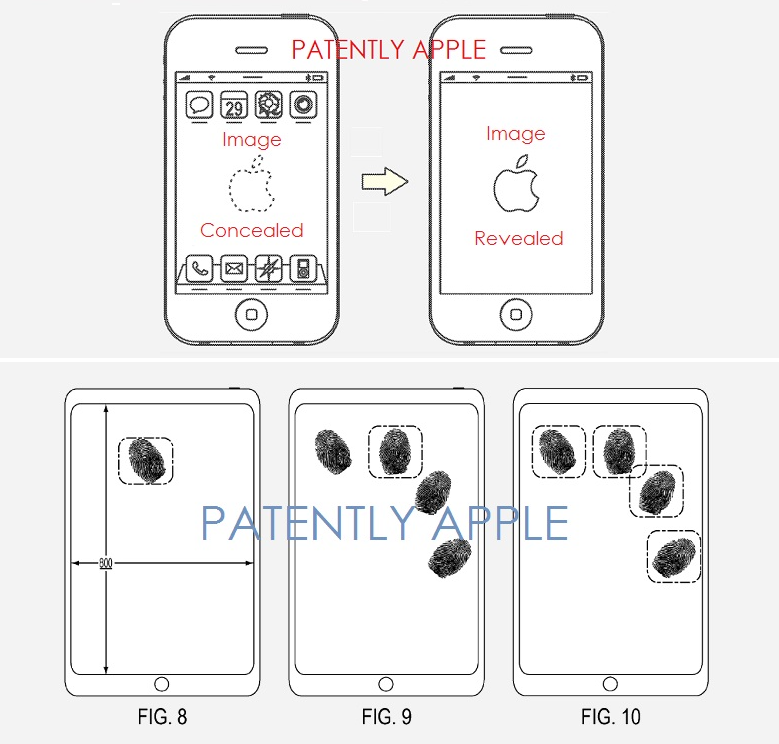 So it's quite funny to hear CrucialTec making it sound that they invented the home button fingerprint scanner and funnier still that its them that envisions a fingerprint scanning coming to the backside of a frontside display when Apple was clearly ahead of them.

CEO An Keon-joon of CrucialTec said in a Korean report today that "We are currently preparing products that can recognize fingerprints from an entire display instead of pressing a separate key or a home button and our goal is to commercialize them within 2 years." That's nice, but Apple has presented that idea in patents for some time now.

Now I realize that saying that Apple invented it first will have 'Androiders' re-enacting the Exorcist for me with them verbally spewing green vomit, speaking in tongues like crazed voodoo worshipers and having their heads spinoff in all directions, but so be it. It's always entertaining.