Earlier today Patently Apple posted a report titled "Apple's Invention behind the Magnetic Mechanisms of the Apple Watch Came to Light Today." In a secondary patent published today by the U.S. Patent and Trademark Office titled "Connectible Component Identification," we learn about Apple's Smart Connector. While this second magnetic-centric invention could once again apply to the Apple Watch, Apple also notes that in other implementations the connectible component may include any kind of component that may connect to any kind of housing, "such as a connector that connects a keyboard to a tablet computing device." 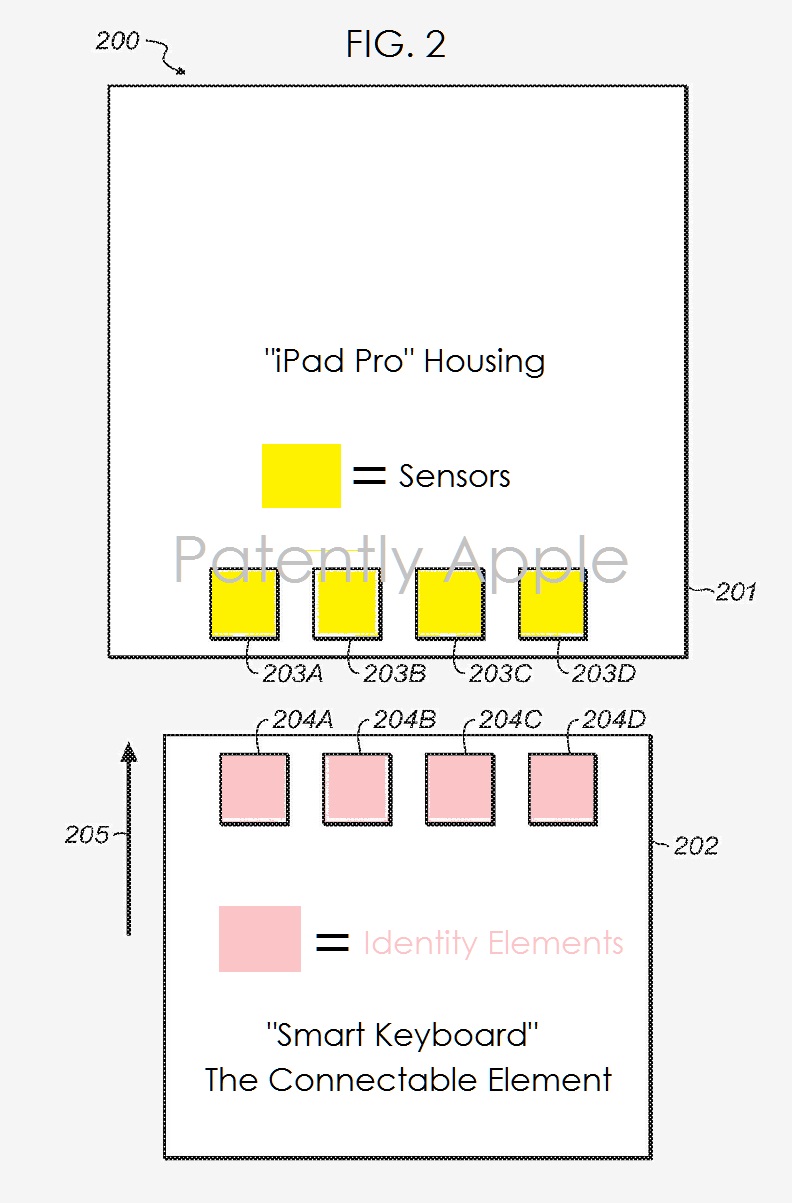 For more details on Apple's invention, see patent application 20160217661. Apple originally filed for this invention in Q3 2013 with their latest filing noted as March 2016.