Today, the U.S. Patent and Trademark Office published a patent application from Apple that reveals methods and apparatuses for shielding an audio assembly having an antenna coupled to an exterior surface of a housing of the audio assembly. The patent applies to Apple's latest MacBook and potentially the iPhone 7.

Apple's patent FIG. 2 shows a perspective view of an audio assembly that includes an antenna; 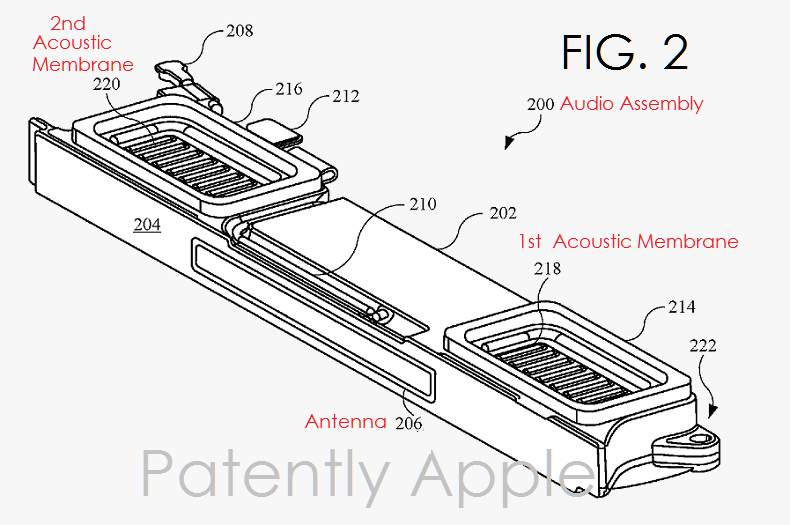 Apple's patent FIG. 8 illustrated below shows us a perspective view of a top case secured with a bottom case to enclose an audio assembly. The design shows us that this was likely used in Apple's newest MacBook with its USB-C port positioned just right. This would make it a patent fulfilled on one front. Apple's patent FIG. 5 illustrated below shows us a perspective view of an embodiment of a conductive gasket for an iPhone. The filing date of this patent could suggest that this is going to be used in the new iPhone 7. 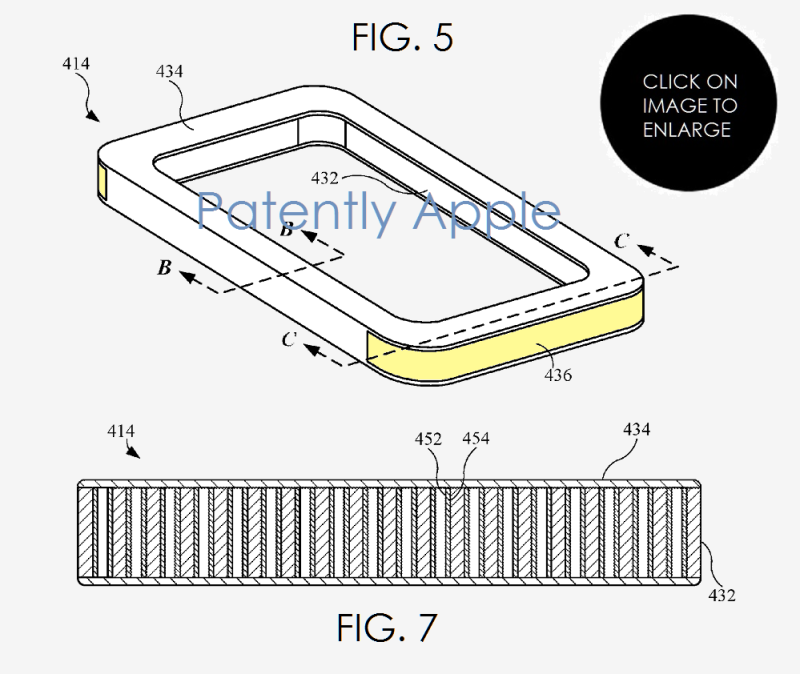 Apple patent application 20160212892 titled "Hybrid Acoustic EMI Foam for use in a Personal Computer" was filed in Q1 2016. Considering that this is a patent application, the timing of such a product to market is unknown at this time.