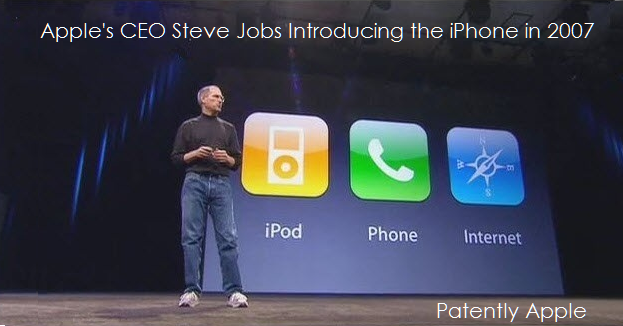 When Apple's late CEO Steve Jobs launched the iPhone back in 2007 it was considered a real game changer in the mobile industry. Everyone who say that keynote knew this was revolutionary. Yet according to Bertrand Schmitt, chief executive officer and co-founder of App Annie, a San Francisco-headquartered app analytics startup, it was Apple's second generation iPhone that truly marked the beginning of today's smartphone era.

Schmitt added that "The second version called iPhone 3G came with an App store, which made it much more easier to discover, download and update apps," and it was at that time the he started to realize big changes were about to happen.

Now six years after he launched App Annie, a service that collects and deciphers data about the use of individual apps, as well as providing more complex metrics about user behavior and the impact to revenue growth, something big has happened and at the center of all these changes is China.

Although the popularity of smartphones in China only really started to take off in 2012, China is catching up very quickly and is looking to overtake the United States, becoming the world's top spending nation on in-app consumption before 2020, said Schmitt.

In an exclusive with a prominent Chinese newspaper this week, Schmidt noted that China accounts for about 20 percent of the world's gross app store revenue and it is expected to take about 30 percent of total revenue by 2020.

Though in the big picture, the Alibaba story couldn't have happened without a way to get people online in a way that would accommodate this e-ecommerce revolution and it was Apple's vision of delivering an App Store that began this revolution in earnest as App Annie's CEO stated earlier. This wasn't a fluke of Apple's, it was a vision that Apple's CEO had back in 1996, just before selling his company NeXT to Apple in December of that year.

Apple's late CEO Steve Jobs knew that the next wave of the internet was going to be about e-commerce, not publishing as most thought at the time. In one of the greatest interviews with Steve Jobs on record, Wired Magazine captured that magic moment as Steve Jobs introduced the world to Web Objects, NeXT's secret weapon that was brought to Apple when Steve returned.

Jobs noted in the interview that "The number of applications that need to be written is growing exponentially. Unless we can find a way to write them in a tenth of the time, we're toast.

The end result of objects – this repackaging of software – is that we can develop applications with only about 10 to 20 percent of the software development required any other way."

Jobs argued that objects were going to be the key to keeping up with the exponential growth of the World Wide Web. "And it's commerce," he said that would fuel the next phase of the Web explosion.

Jobs added that "People are going to stop going to a lot of stores. And they're going to buy stuff over the Web!" And the rest is history.