The U.S. Patent and Trademark Office officially published a series of 44 newly granted patents for Apple Inc. today. In this particular report we cover another PrimeSense invention that illustrates how a computer system could implement a non-tactile three-dimensional (3D) user interface. The invention illustrates how the 3D interface could be used to advance the iMac with a gaze-enhanced virtual touchscreen.

Apple's newly granted patent generally relates to user interfaces for computerized systems, and specifically to user interfaces that are based on three-dimensional sensing. Apple has many such patents on record since acquiring PrimeSense (one, two, three, four and five). Today's granted patent introduces many new facets to this technology as it relates to what it could do with a future desktop.

Apple's granted patent FIG. 1 noted below is a schematic, pictorial illustration of a computer system implementing a non-tactile three-dimensional (3D) user interface; FIG. 3 FIG. 3 is a flow diagram that schematically illustrates a method of detecting gazes and gestures. 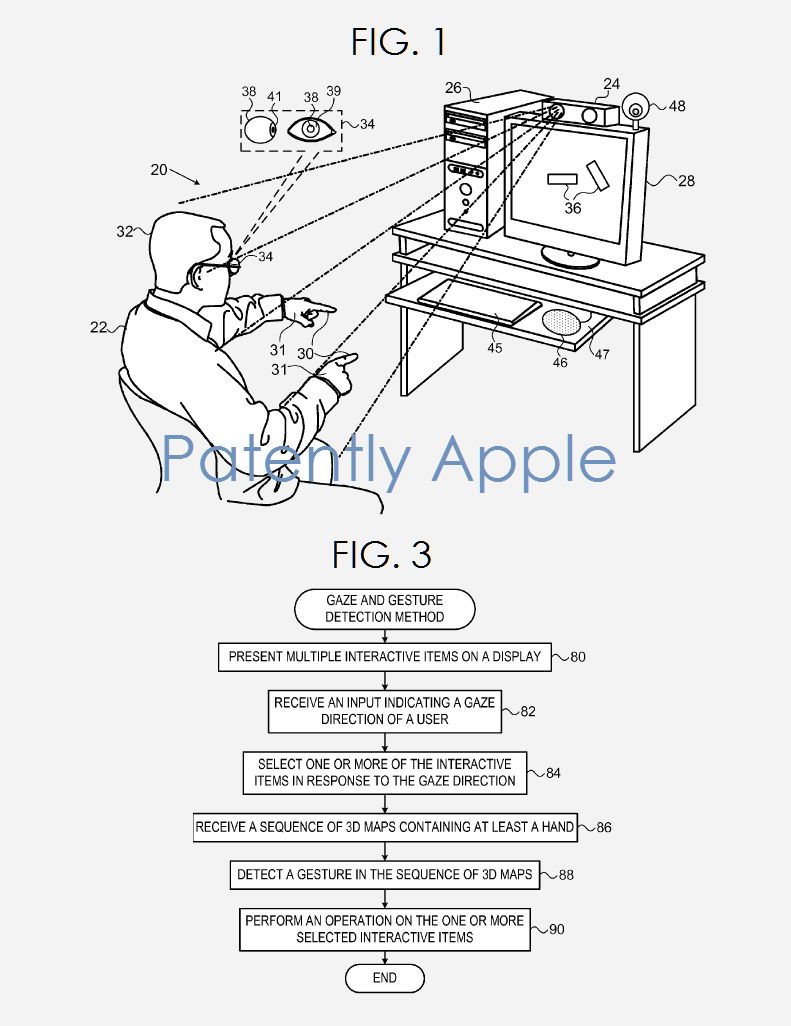 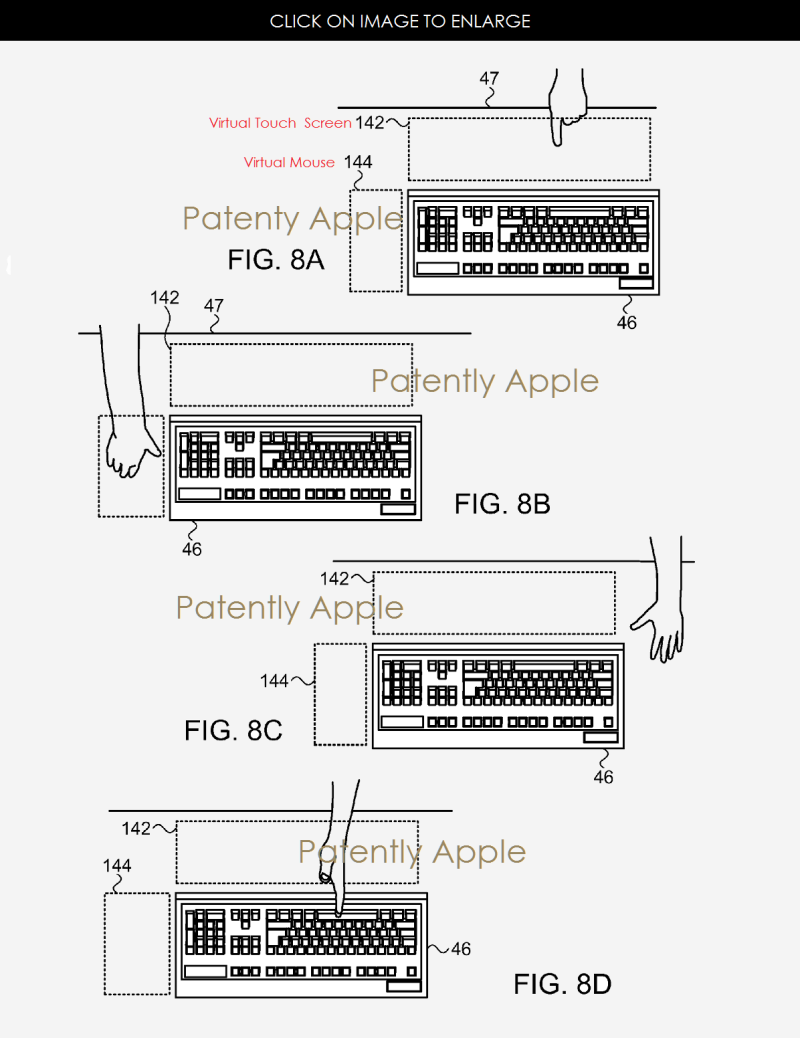 In FIG. 8A, computer uses information provided by the 3D sensing device to detect the location of the user's hand and any fingers that are touching the virtual touchscreen by mapping a corresponding point on the display. Although the example in FIG. 8A shows a single finger in contact with region virtual touchscreen, the 3D sensing device and the computer can be configured to detect any number of fingers thereby enabling the user to perform complex, multi-finger control gestures, including scrolling, zoom, pan, and so forth. In some embodiments, the computer can configure the virtual touchscreen to be a virtual keyboard able to accept "input" from all fingers as noted in the figures below. .

In the patent figures below we see that that users will be able to use their fingers as a paint brush and the 3D camera will be able to present the information into an application. 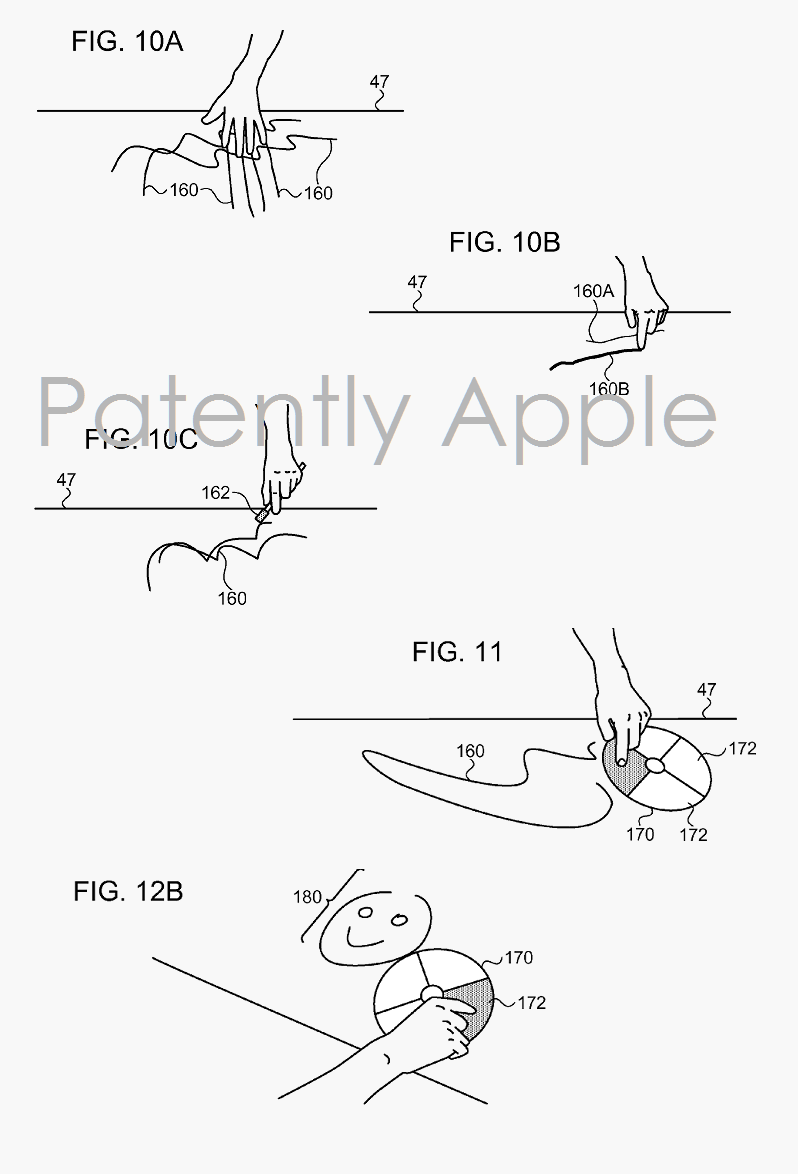 While a user's hand is hovering over the virtual keyboard, they could use various gestures that could be understood by the OS via the system's 3D camera. 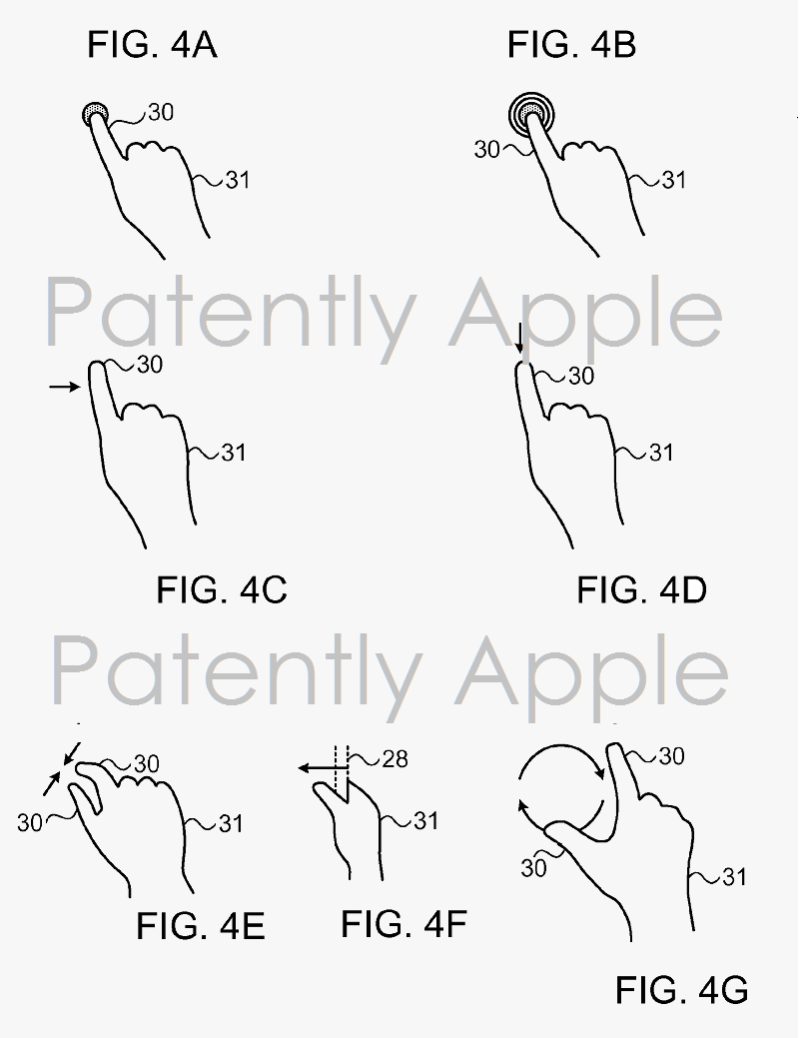 In a way, it appears that Apple's proposed computer system could resemble aspects of HP's Sprout Computer that is designed to eventually work hand-in-hand with a 3D printer. 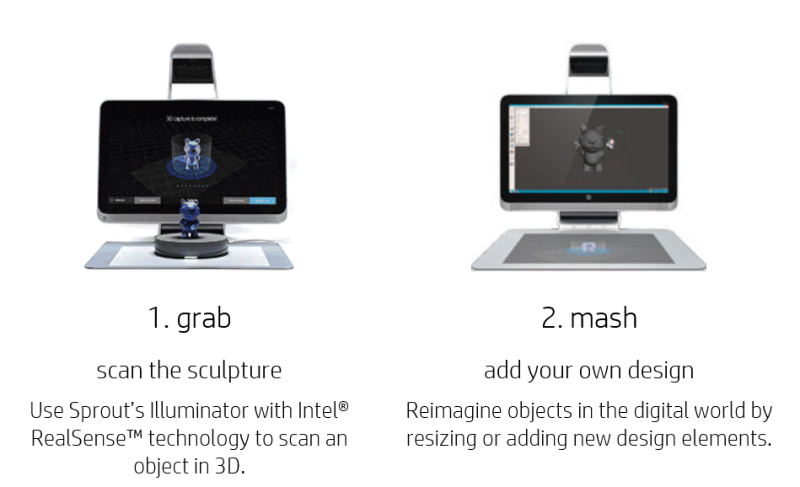 Prior to Apple acquiring PrimeSense, the patent notes that this system was destined for Windows 8. Will Apple take advantage of this technology for the iMac? Only time will tell.

Apple's granted patent 9,377,863 was originally filed in Q1 2013 and published today by the US Patent and Trademark Office.