Today, the U.S. Patent and Trademark Office published a patent application from Apple that reveals new methods of assisting users who wish to operate their iPhone in one-hand-mode. Apple first introduced a 'reachability' feature with the iPhone 6 to assist those who wanted a way to operate the phablet for one-hand users. But one-hand users didn't really find it all that handy. While Apple has since released the iPhone 5 SE to make one-hand users happy, today's invention illustrates all-new ways to make iPhones with larger displays work better for one-hand iPhone users.

Some electronic devices have made one-handed use easier by allowing for a one-handed mode in which icons near the upper edge of a display are lowered to be closer to the lower edge of the display. This type of adjustment makes it easier for a user to reach the icons with his or her thumbs. However, because conventional electronic devices do not take into account which hand is being used, some icons may still be difficult to reach with one hand even when lowered to the bottom portion of the display.

It would therefore be desirable to be able to provide improved electronic devices for one-handed use. 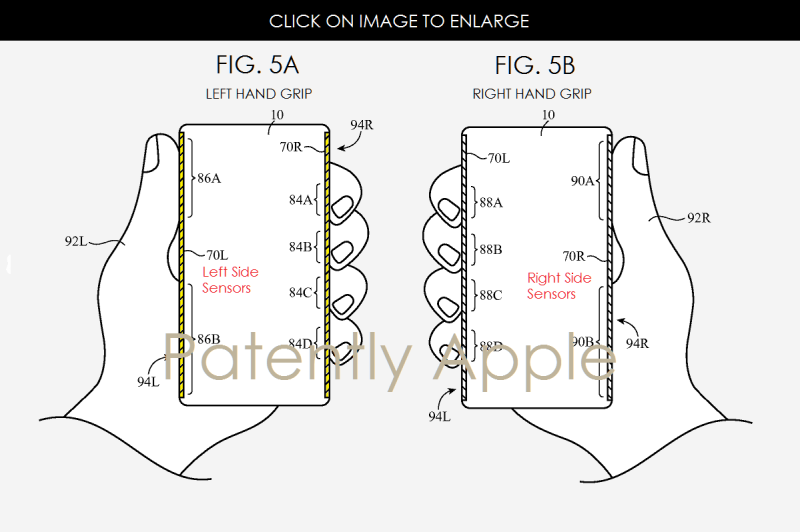 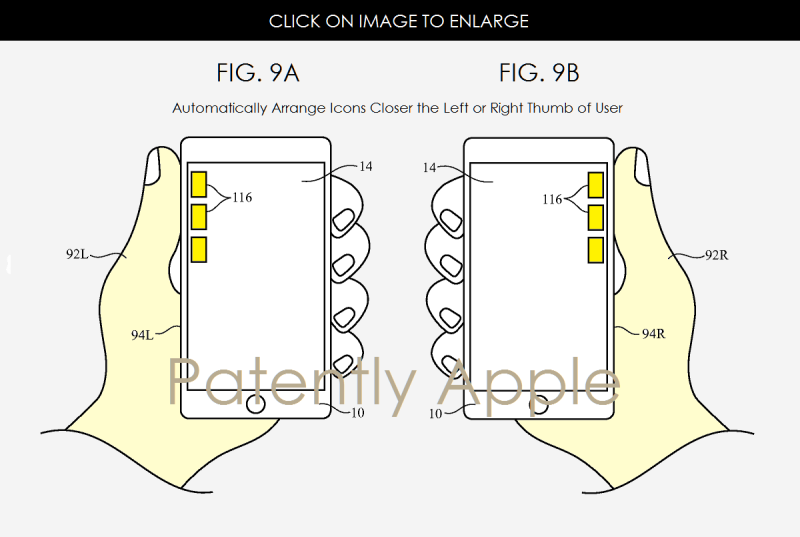 The sensor circuitry may include one or more touch sensors, proximity sensors, fingerprint sensors, motion sensors, or other suitable sensors capable of gathering information on which hand is being used to operate the iPhone 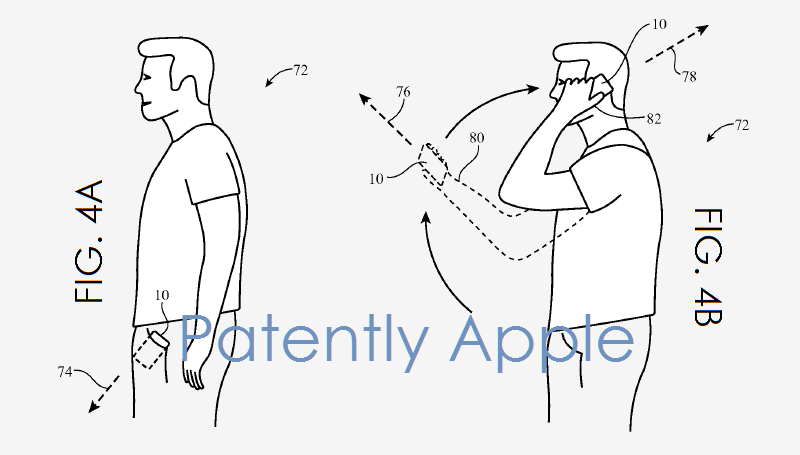 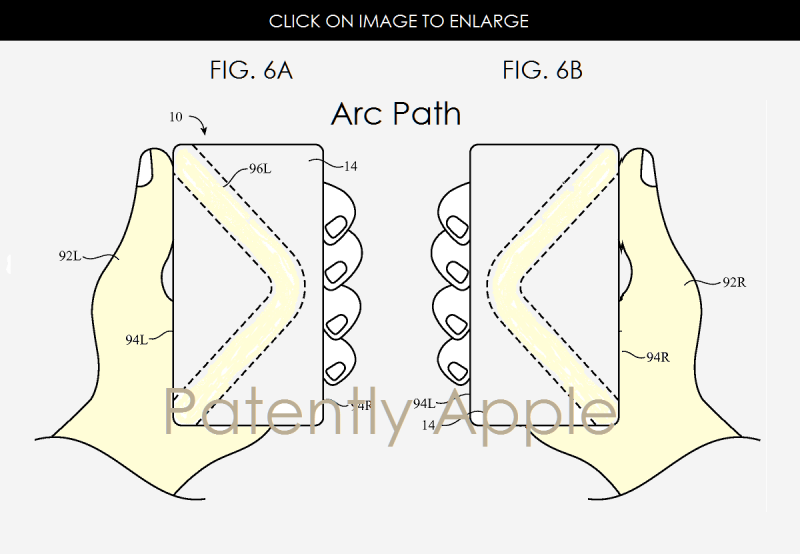 While the iPhone will be able to determine the arc of the user's thumb, Apple really doesn't delve into the reasoning for this other than to determine which hand the user is holding the iPhone with. However, that's first detected by the side sensors which means the arc has little value on that front, unless it's to know where to place the option of calling up a radial or spiral menu which is an invention already granted to Apple. 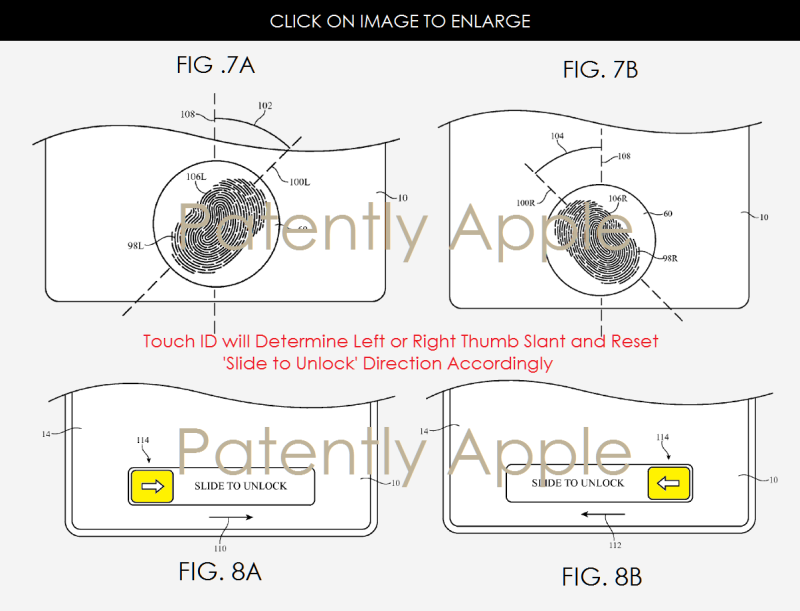