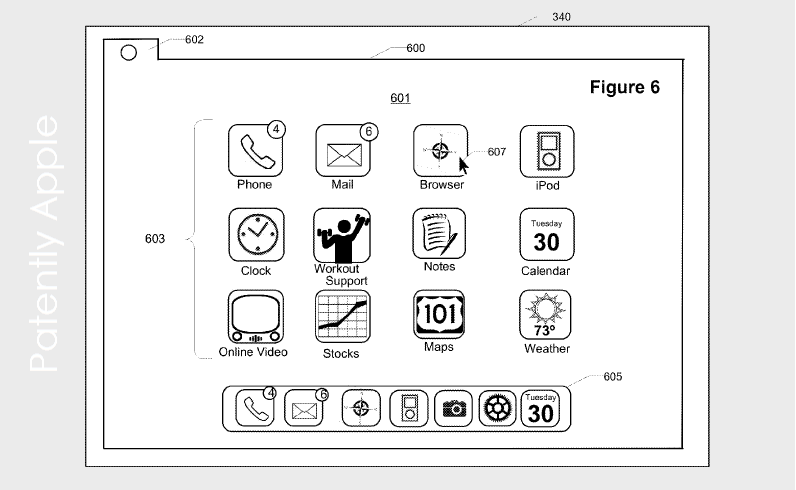 Today, the U.S. Patent and Trademark Office published a patent application from Apple that generally relates to electronic devices for displaying user interfaces that improve user interaction with virtual desktops on the electronic devices. Apple notes that a desktop computer (iMac or MacBook) with a touch sensitive display surface or via a Trackpad could display a virtual desktop (as shown in our cover graphic) with apps from an iOS device such an iPad Pro. This would allow a custom iOS application on a user's iDevice, be it a productivity app or game, to run on a user's iMac via this next-gen virtual desktop user interface that will include a tabbed system to contain multiple virtual desktops.