The U.S. Patent and Trademark Office officially published a series of 33 newly granted patents for Apple Inc. today. In this particular report we cover the Apple TV system, advanced gesture passwords, the original mystery iPad design and more. We wrap up this week's granted patent report with our traditional listing of the remaining granted patents that were issued to Apple today.

Apple's newly granted patent titled "Method and apparatus for on demand video and other content rental" covers their Apple TV system invention relating to a video on demand service and more specifically to controlling the use of video on demand content via the iTunes. 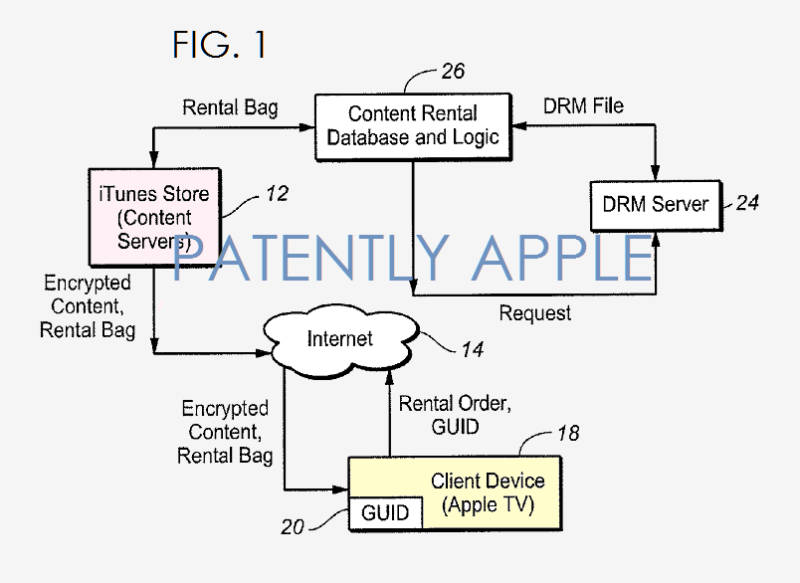 Apple's granted patent 9,374,616 was originally filed in 2008. To review the details of this invention click here.

Apple was granted 7 design patents today. The most prominent designs covered the Apple Watch and the original iPad design that included a secondary landscape port. In 2010 patently Apple posted a design patent report covering the first iPad design illustrating a landscape port. Apple's first granted patent for this design surfaced in 2014. At the time the Apple community was convinced that the mystery iPad was a dead idea as Apple had a prototype and failed to deliver on it. The naysayers were convinced that this was never going to be an iPad feature. Lo and behold in 2015 Apple introduced the iPad Pro with a left side 'smart connector' proving that Apple had been working on this concept for some time. 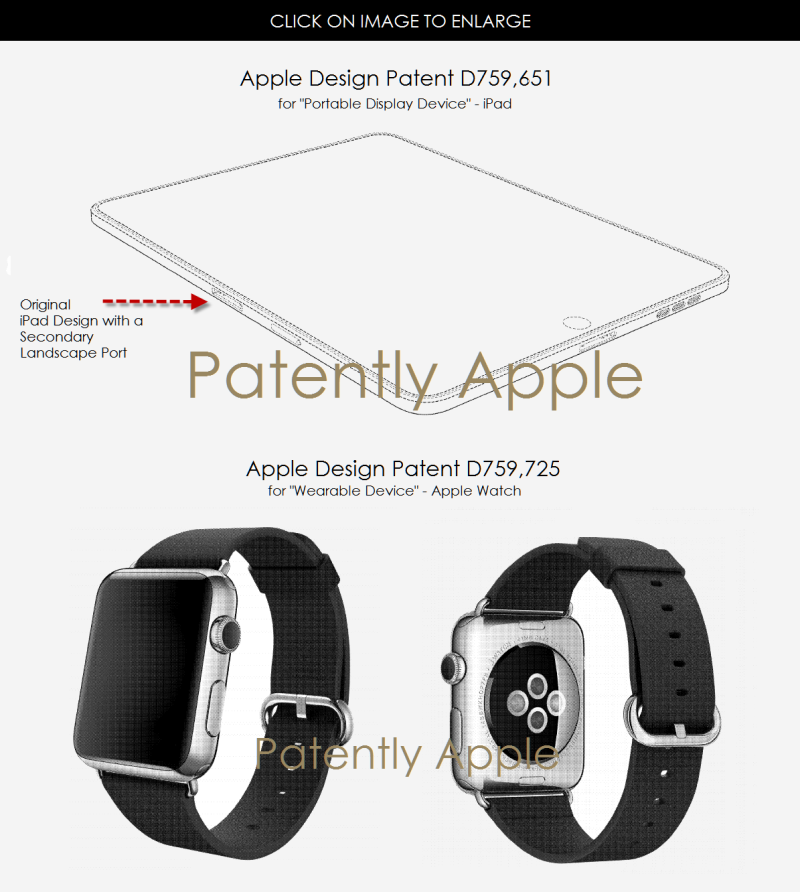 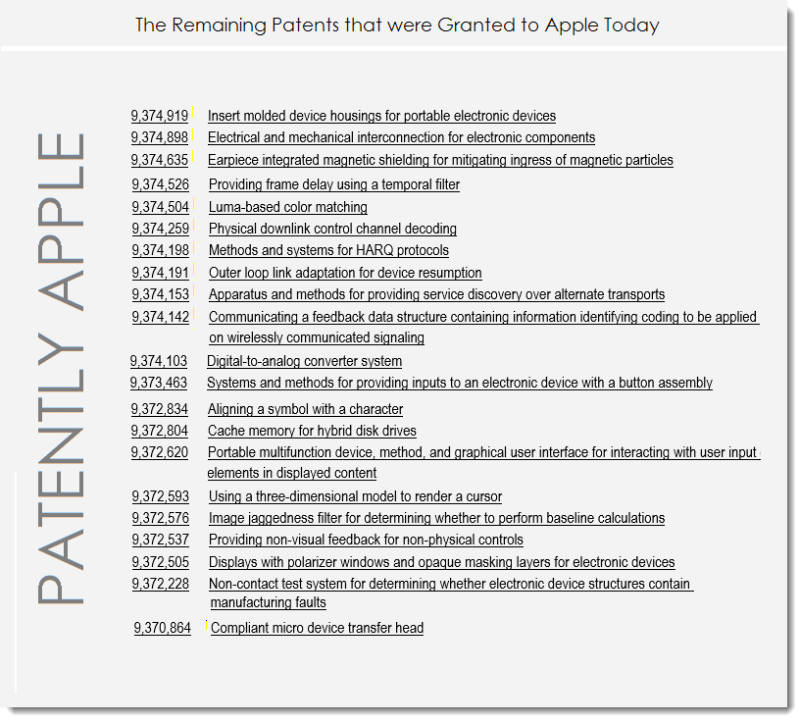 Two additional granted patents of interest issued to Apple today of minor interest include: 1) Device, method, and graphical user interface for accessing an application in a locked device; and 2) Gesture entry techniques. The latter patent was originally covered in-depth as a patent application by Patently Apple back in April 2014. For more details, see our full report titled "Apple reveals new Password Gestures to Strengthen the Authentication Process of Future iDevices and Macs." 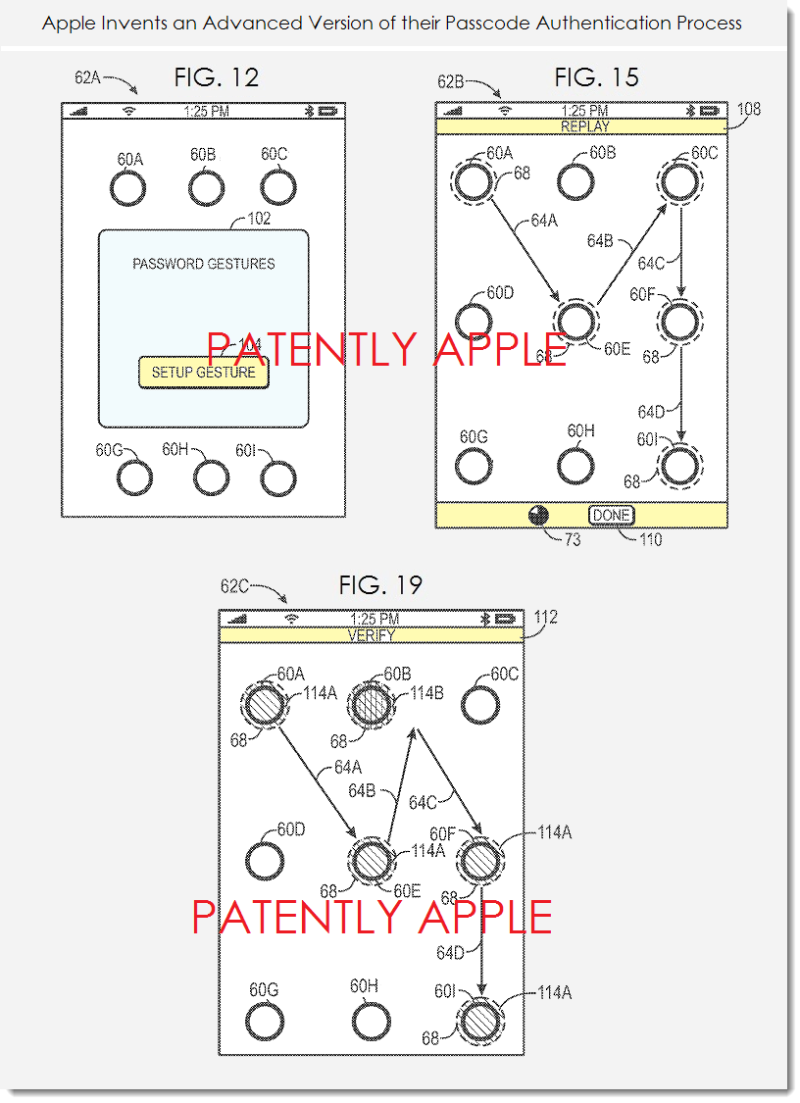