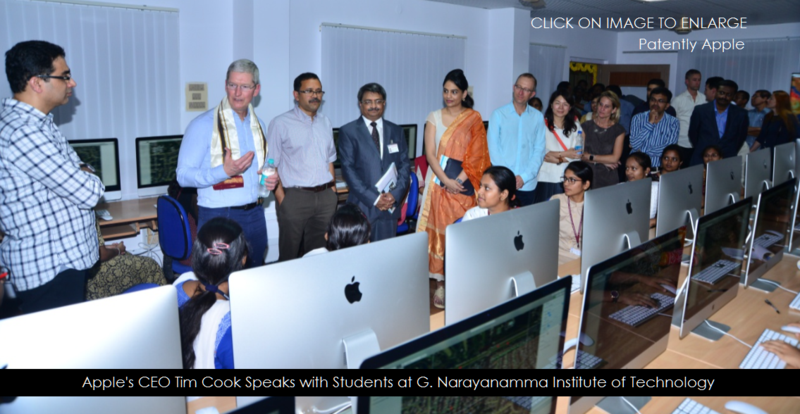 Apple's Team led by CEO Tim Cook visited the G. G.Narayanamma Institute of Technology yesterday as noted by Tim Cook's tweet below. Further below is a document from the institute about Cook's visit where he signed a Memorandum of Understanding. Apple is supporting development of iOS and OS X applications that are geared toward the Indian market. The "Center of Excellence" is the third in the world that Apple supports with a Mac Lab. 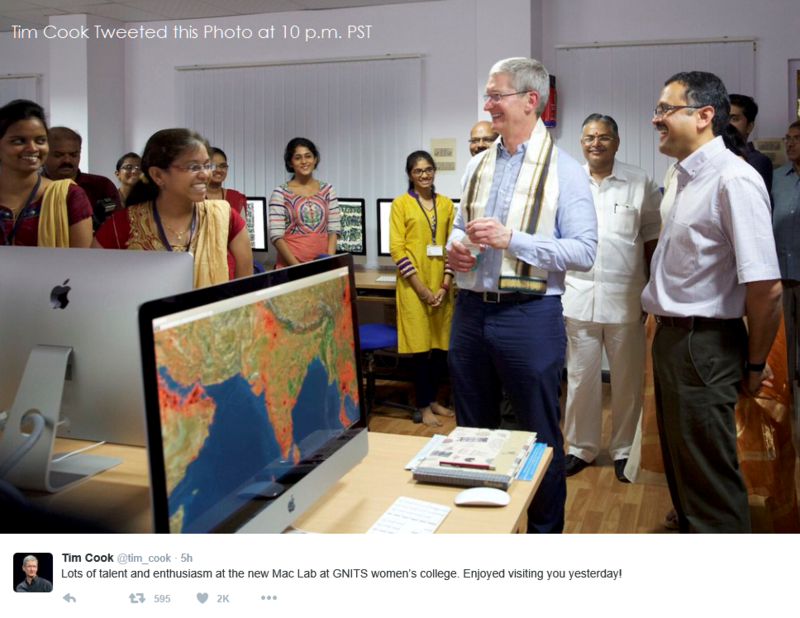 A Published Document on Apple's Visit to the Institute

G.Narayanamma Institute of Technology & science for women, has achieved an unique feather in its cap and reached a new a very valuable milestone in its pursuit to achieve excellence in imparting technical education of global standards and bridge the gap between academics and the industry by signing MoU with Apple company, a famous MAC operating system software based manufacturer of computer systems and electronic gadgets such as iPad, iPhone, etc.

•    Apple chose GNITS as a center for excellence, only of its kind in India and 3rd in the world as its favorite collaboration for launching the MAC lab based training against the top class institutions in India and Abroad.

•    As a part of MoU with Apple, research oriented App development MAC lab with high end Apple systems of huge investment is contributed by Apple to GNITS

•     Mr.Tim.D.Cook on his short visit to India, visited GNITS to launch the Mac lab on 19/5/16 in persuasion of their ideology of encouraging women empowerment in Engineering in APPLE.

•    When students asked question about how Apple encourages the young minds,He pointed out that the young generation to get into top class company like APPLE, one should 1) Think differently 2) should be of high integrity 3) must communicate effectively 4) work with the group without ego 5) Able to propose & understand new ideas

•    On a another question regarding the enhancement of products for future challenges, he felt that the APPLE team is working hard to understand the future generation requirements and is looking forward to collaborate/assist the teams /groups to develop new apps for Mac IOs.

•    In another question regarding the growth of marketing of sales of their products in India, they are proceeding strategically to develop the apps useful for the Indians.

•    Dr.K.,Ramesh Reddy thanked him and said GNITS is committed to the quality education with the global support from APPLE. 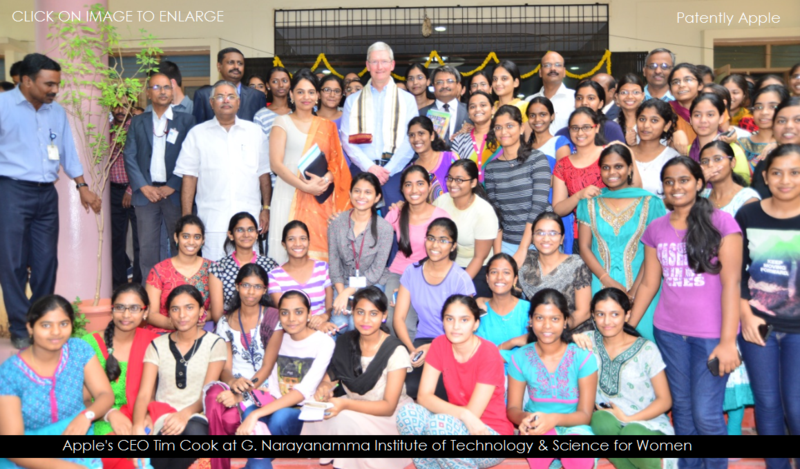 The institute is located in Hyderabad where Apple is also opening a new maps development center with local partner RMSI. A promotional video of GNITS could be viewed here.