This week the U.S. Patent & Trademark Office published a patent application from Samsung that revealed an HDTV designed to appeal to die hard gamers. The display is designed to maximize effects of gaming content such as racing car games. Samsung notes that the Display's processor analyzes a speed indicator of a graphic user interface (GUI) provided by the game to determine the speed value of the object and will curve the display to immerse the user in the gameplay.

Samsung further notes that "The processor may change the curvature of the display so as to enable a left side and a right side of the display to have different curvature values according to a direction of the object moving at the detected speed value." 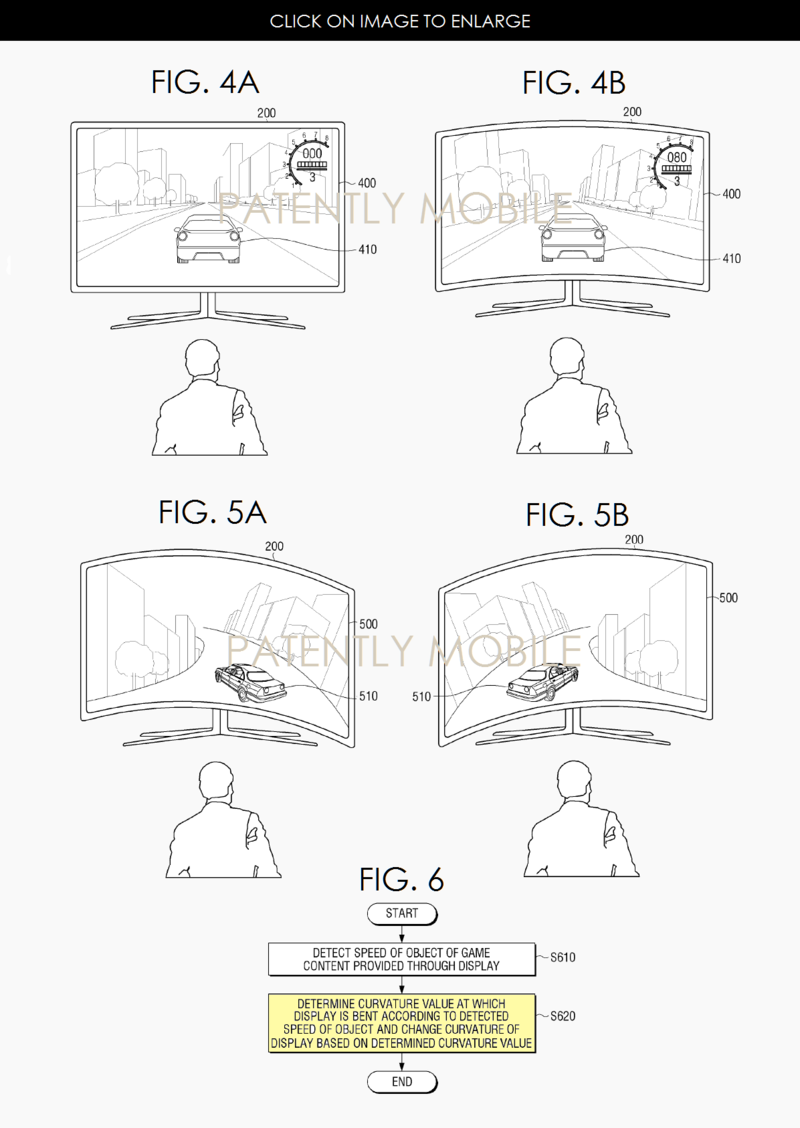 Samsung's patent FIGS. 4A, 4B, 4C, 5A and 5B (4A through 5B) are views illustrating a change in a curvature of a display. FIG. 6 is a flowchart of a method of bending a display of a display apparatus.

Samsung's patent application which surfaced last week in USPTO's database was originally filed in September 2015. With Samsung working with Oculus to advance gaming on their Gear VR headset, today's patent revelation about a gaming display for a gaming console that looks like an Xbox (at least the controller) would indicate that they're aiming to create more devices catering to gamers worldwide. For the record, no specific gaming console brand is mentioned in the application.