Intel's first design, as noted below, allows the keyboard portion of the base to flip to the backside of the notebook body and for the display to fold back to create a tablet where the keyboard isn't being touched by the user's fingers as many of the display fold-back hybrid designs do today.

The design of the first hinge actually looks very much like the one used on Lenovo's Yoga 900 notebook. 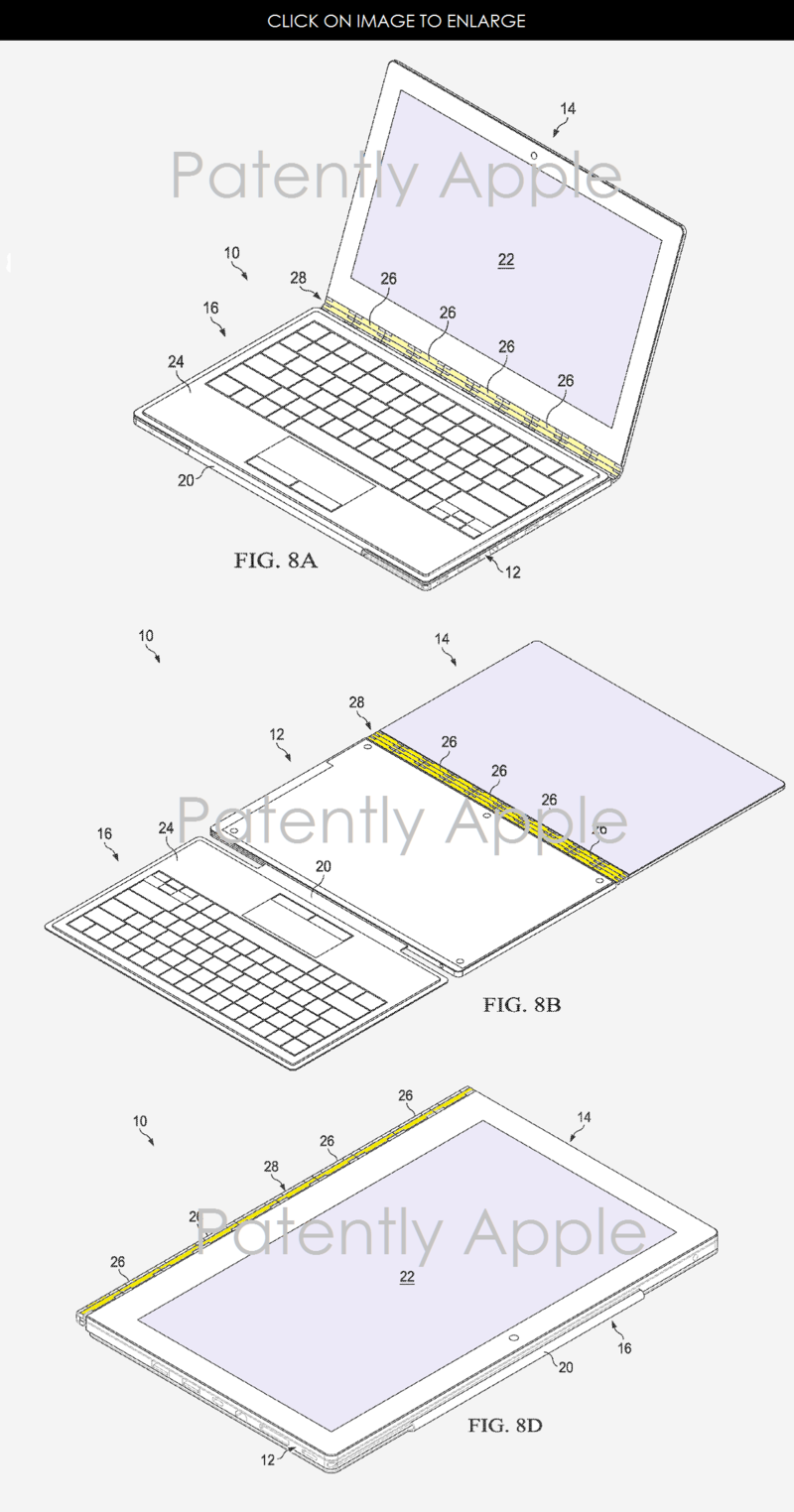 The second Intel design illustrated below simplifies the 2-in-1 notebook hinge by making it smaller and easier to rotate the display so that it sits flat over the keyboard to form a tablet quickly without having to flip the keyboard. 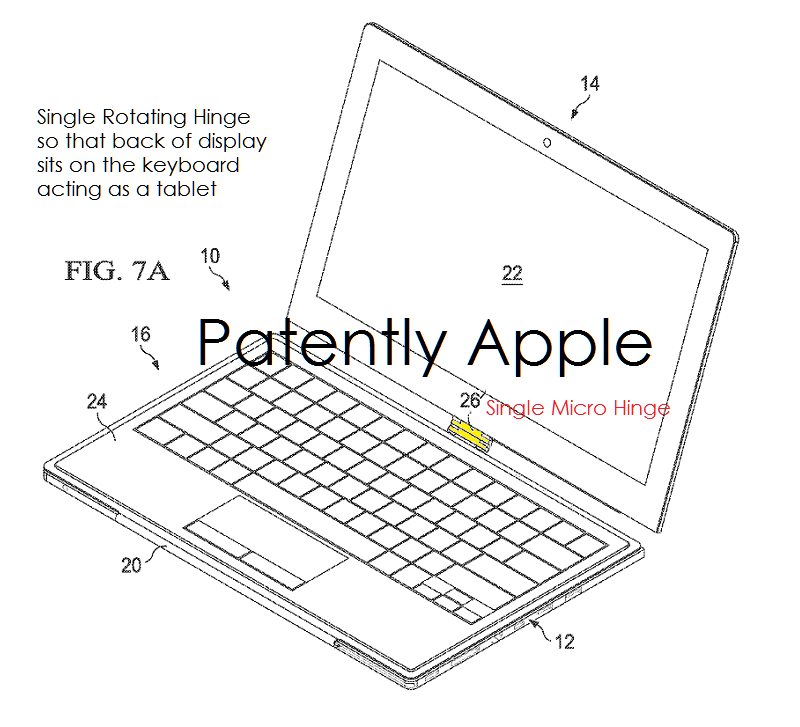 Beyond the hinge, this newly proposed hybrid describes an architecture that will include telephony capabilities. Intel notes that the communications module will include "a wireless network adapter, a telephone modem, and/or a wireless modem.

Under their patent FIG. 9 (not shown) describing the system's architecture they describe "a simplified block diagram associated with an example ARM ecosystem SOC 900 of the present disclosure. For example, the example of FIG. 9 can be associated with any ARM core (e.g., A-9, A-15, etc.). Further, the architecture can be part of any type of tablet, smartphone (inclusive of Android phones, iPhones), iPad., Google Nexus, Microsoft Surface, personal computer, server, video processing components, laptop computer (inclusive of any type of notebook), Ultrabook system, any type of touch-enabled input device, etc."