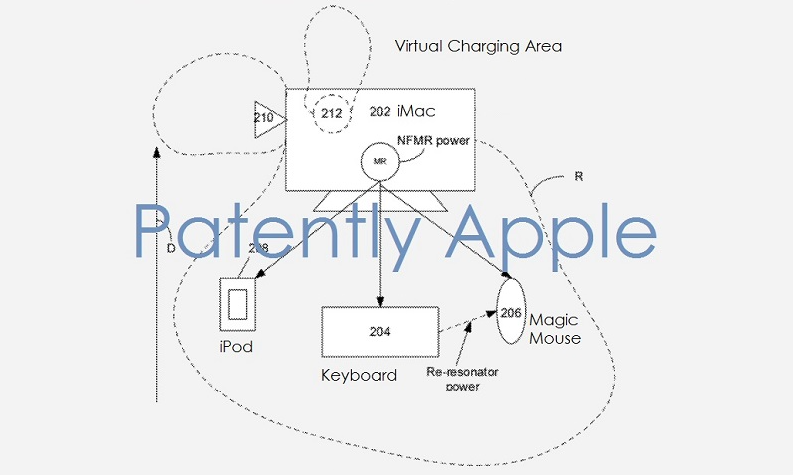 Patently Apple has covered thirteen related wireless charging patents since 2011 and have set up a special archive for easy reference. Apple has a lot of intellectual property on the matter covering a wide range of methods from which to choose from, including their most recent covering inductive charging between iOS devices and a MacBook. Today

According to the Verge, "In the last four months two former uBeam engineers with expertise in wireless charging and ultrasonic technology had been hired by Apple. In fact, public LinkedIn data on Apple's recent hires shows these former uBeam staffers were part of a much broader trend. In the last two years Apple has hired more than a dozen staffers with expertise in wireless charging." This supports a Bloomberg report we quoted back in January: "Apple is exploring cutting-edge technologies that would allow iPhones and iPads to be powered from further away than the charging mats used with current smartphones .…"

The Verge report briefly touched on a patent that we covered back in 2013 and illustrated in our cover graphic. It's Apple's most elaborate invention on the topic to date.

Beyond noticing a single Apple hiring pattern over the past few months related to engineers with wireless charging experience, the Verge's report has nothing specific to offer in terms of where Apple currently is with this project.