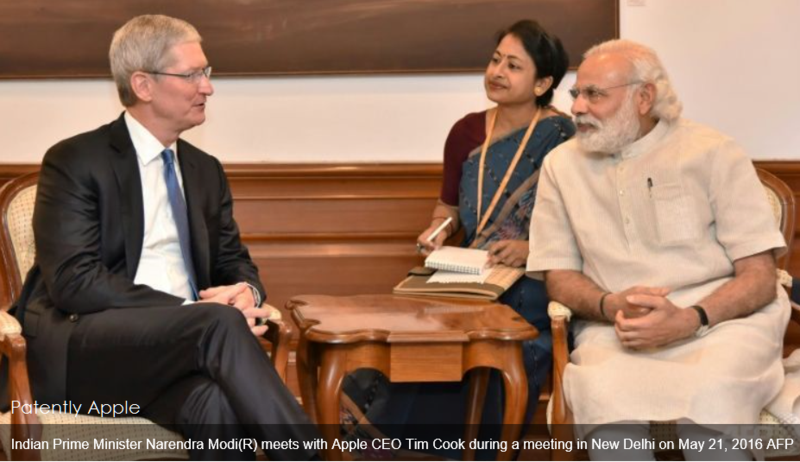 Apple's CEO Tim Cook met with Prime Minister (PM) Narendra Modi in New Delhi Saturday, launching a new version of the Indian leader's eponymous app on a visit aimed at pushing the technology giant's expansion plans. Cook is shown in the video above assisting the PM launch an update on his gold iPhone 6s.

Cook used the meeting to raise the possibilities of manufacturing in India as well as tapping into its great software expertise for app development. While retailing in India was discussed again, there was disappointingly no progress on Modi's part in expediting Apple's application to open flagship Apple Stores. The two had met in California back in September to discuss this point along with Apple Pay and more. How long does it take to make an executive decision to grant Apple a license for Apple Stores?

Cook and Modi also discussed cyber-security, data encryption and the prime minister's "Digital India" initiative, according to a statement by the Prime Minister's Office.

Apple's CEO also granted one more interview to the Indian Express with a few of the key questions and answers presented below. 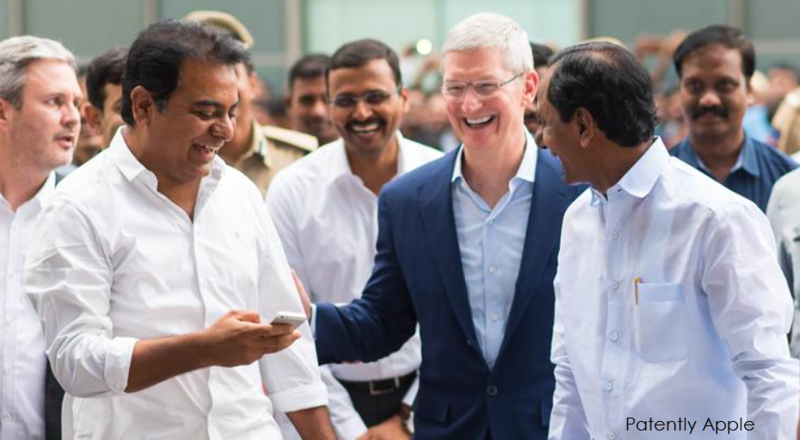 Cook told the Indian Express that he met yesterday with Chief Minister KCR, I would tell you I have never felt more recruited, more welcomed as a new business. In terms of the speed the government was moving at, they are already encouraging us to do more. This is what we want. It is great for India. I see a reform-minded government, perhaps still in the early stages, but clearly moving things to welcome businesses. And when I look at the top objectives like Digital India, the focus on skills and education, the focus on Made in India, I think they are exactly the right priorities. I feel very much welcomed.

Q: You have been focusing on the services side. But in India you have the problem that people are not willing to pay for content. How are you going to tackle that? Are you looking at operator billing for instance?

We are also looking at things like bringing Apple Pay. I met one of the key banks and tried to understand how their view of mobile payments would play out. But having said that it is important we move faster on scaling on the ability to pay in a manner that is wanted and desired by the customer.

Q: Some people here think of certified pre-owned as dumping. What will you say to them?

A: It is not dumping at all. If you look at the automobile in many countries, there is a certified pre-owned market for Lexus, BMW and many other brands. When you buy a high-end smartphone you can expect the same kind of a situation there. In fact, ours is better than the automobile because we give the same kind of guarantee, as we take the product and sort of make it in a pristine manner and we are certain of the quality and that is why we pass the warranty along. It's about recognising that we are able to provide even more people the opportunity to have our products. We have always been about creating the best products that enrich people's lives, we can do that even better if we can reach more people. Again, we do this in many other countries, not just India.

Q: Smartphones are changing lives across the world, creating jobs, pulling people out of poverty. But are you happy about technology's ability to trigger social change? Can it, or should it be doing more, especially in places like India?

A: I think it has done a lot, and I think it must do more. For us, the most important thing we can do is raise people up, that is either by giving the ability to do things they could not otherwise do, allow them to create things they couldn't otherwise create. It's about giving them tools, it is about empowering people. I think to me that is the primary objective of technology — for you to live better, longer. Certainly technology can help from a health point of view, it might be entertainment oriented, bringing more joy in life. All these things must be about improving human kind. I recognise that some things were done in technology that aren't like that, but for me this is the primary purpose by far. Making people more productive means that they can spend their time doing things that have nothing to do with technology. We always look for the higher purpose of a product, I think that is extremely important.

Q: You have said how 4G is going to be a big trigger for a market like India. But most of the country is still is 2G and other half pay for 3G but get 2G? How important is good network to get the best out of services like that of Apple's?

A: Yah, I think that is where we are today. The level of things you can do are not brought to life fully because of the level of infrastructure here. This week I have seen some very bold plans on 4G and a lot of commitment to it. I think there is going to be a fairly rapid change. It is not going to happen tomorrow and there is a journey there, but I see the seeds already planted and we are going to grow very fast over the next several months. My own observation is that video is more important to the Indian consumer, and yet they are held back from enjoying it because of the network. I do think that 4G will have a profound effect, I am not talking about evolutionary, but it will be profound. It will be great to see that happen.

Q: Has your perception of India changed during the trip, and what is your biggest learning?

A: My goal was to learn, really focusing on people, culture and how businesses have done, sort of helping people think a bit more. Obviously, I have a lot more to learn. The thing that sticks more is how warm the people are. Unlike other parts of the world, you instantly feel a part of the community. You feel accepted. I think there is an incredible competitive advantage for India to feel like that. It must be the most diverse place in the world and that is something that must be celebrated. I think I knew that before, but you don't really know it until you experience it. The other thing is that the energy and vibrancy is unbelievable. Part of that is youth perhaps, or it is more than that. I was with people of all ages at the temple (in Mumbai), at cricket (in Kanpur), these are really passionate people with so much enthusiasm in life. I think there is a lesson there for the world. You could read more of the interview at Indian Express. 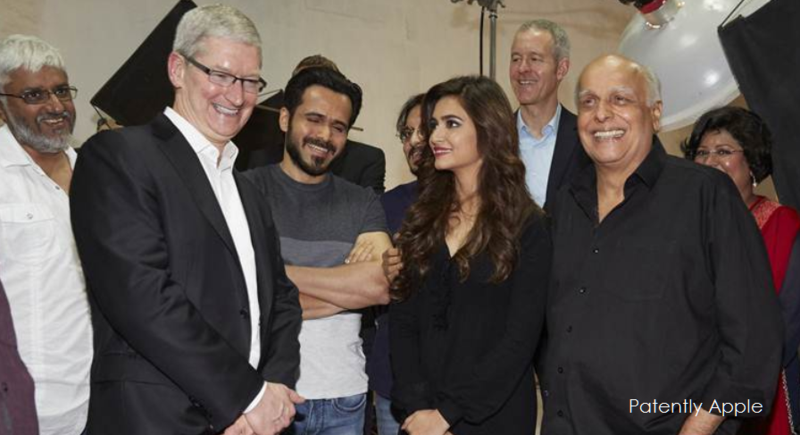 This week we covered many aspects and adventures of Tim Cook's visit to India (One, two, three, four, five and six) where we learned that Apple made several key investments in the area of application development, met with Bollywood stars, visited a cricket match, visited a top women's technology institute and more.

With this business trip being a marketing bonanza for Apple, it seemed that everything was leading up to a major announcement to be made at his meeting with Prime Minister Modi today, like getting the approval for opening Apple Stores. While the meeting with the Prime Minister was positive, it fell flat without a final punch to end the trip with a bang. With India's Prime Minister pushing his "Digital India" initiative – he missed an opportunity to make international headlines by being gracious and expediting Apple's application to open Apple Stores. It was definitely a missed opportunity.