On the 15th anniversary of the company's first Apple stores, Angela Ahrendts, Apple's Senior VP of Retail and online stores, gave her first big presentation that provided reporters with a glimpse of Apple's next generation approach to retailing over the next few years.

Speaking at a preview of the first new store in San Francisco, Ms Ahrendts said the retail properties were Apple's "largest product," which she had been charged with reimagining. Like the iPhones and the Macbooks, she wants the stores to be "considered and beautiful," reports the Financial Times.

The report further noted that "Ms Ahrendts' team, working with London-based architects Foster & Partners, have developed five new features that will be rolled out to global flagship stores."

Apple notes the first of five features in their press release as being 'The Avenue.' Inspired by the window displays along a boulevard that dynamically change with the season. Avenue walls are interactive themed 'windows' where Apple’s products and services come to life, from music, to creativity, apps, photography and more. New 'Creative Pros,' Apple experts in creative arts, offer advice and expertise at each of the displays. Customers will also find 'Only at Apple' products on the Avenue, a curated collection of third-party accessories.

The second Apple Store feature is called 'The Forum' which is a vibrant gathering place, centered around a 6K Video Wall. It is home to 'Today at Apple,' which brings to the community the world’s most talented artists, photographers, musicians, gamers, developers and entrepreneurs to inspire and educate our customers to go further with the things they are passionate about. Today at Apple includes year-round programs for kids, new monthly events for teachers, sessions for current and aspiring developers, Creative Sessions in partnership with local experts in creative arts, Game Night with editors from Apple’s App Store and more. The Forum and Video Wall are a place of discovery, including events about the making of movies from iTunes, or exclusive premieres of new music and music videos from Apple Music.

The current genius bar will be replaced by Apple Store's third feature called the 'Genius Grove,' which invites customers to get support working side-by-side with Geniuses under the comfortable canopy of local trees in the heart of the store. The photo below, courtesy of C/NET, gives us a nice idea of what it actually looks like, though the concept was first presented in Apple's new Belgium store last September. 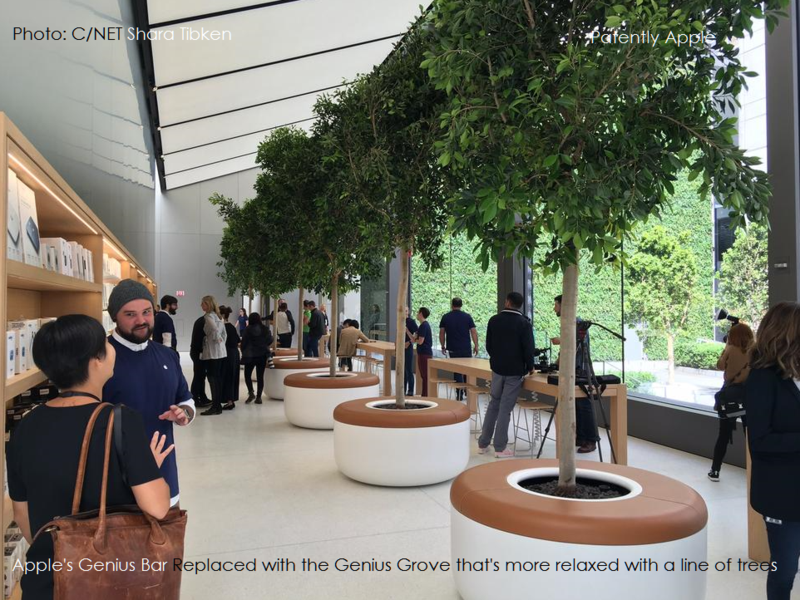 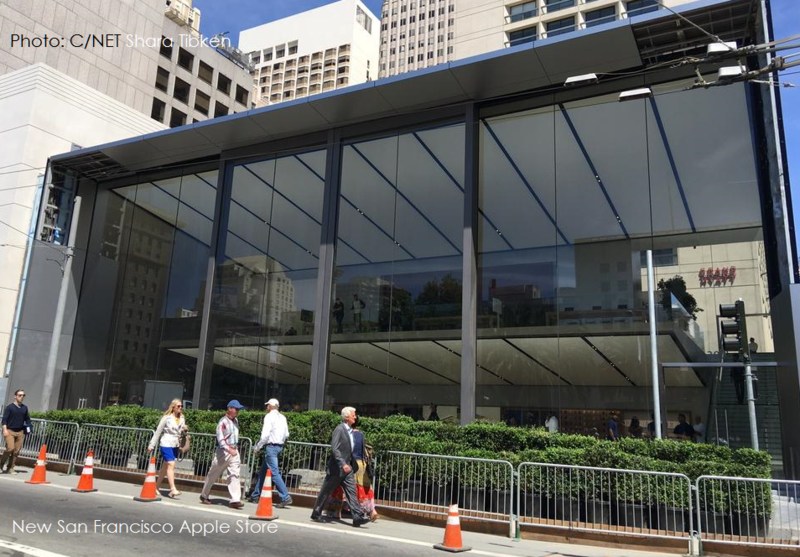 The new San Francisco Apple Store is illustrated in the photo above from C/NET. The store resembles their patented design that was first built in China. 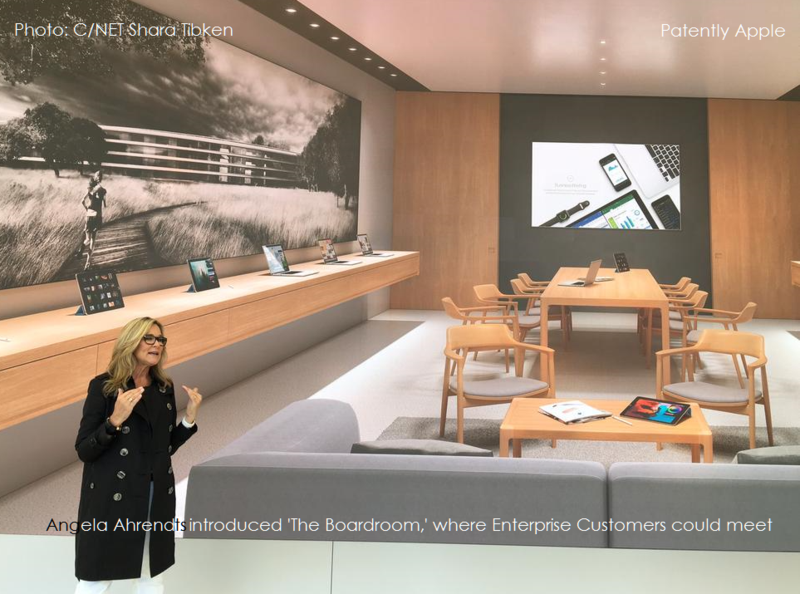 In the photo above from C/NET's report we see Angela Ahrendts introduce the Apple Store's fourth feature called 'The Boardroom' to reporters. It's an intimate space where the store's Business Team offers hands-on advise and training to entrepreneurs developers and other small and medium business customers.

Over the last year Apple has also been busy filing design patents supporting new store front concepts and elements from tables (including a new Apple Watch table) to shelving and even down to store bags. Other recent next-gen store openings include ones in Chestnut Massachusetts and Littleton Colorado. 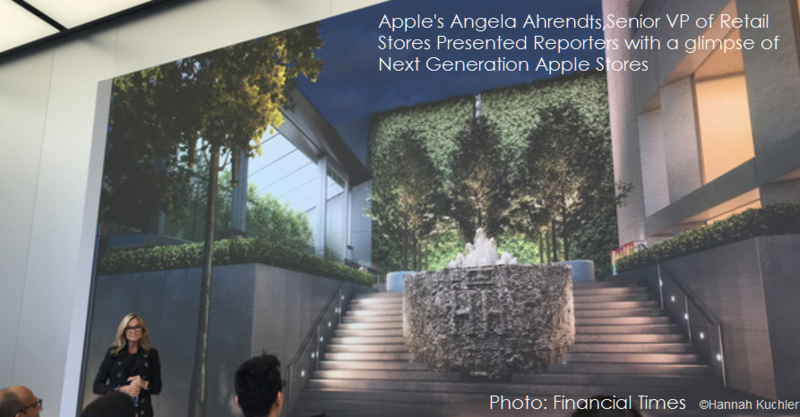 And lastly, Apple points to their fifth Apple Store feature called 'The Plaza.'

According to Apple, 'The Plaza' will only be at Apple’s most significant stores, including Apple Union Square. This store feature will be open to the public 24 hours a day and will feature public Wi-Fi and seating, and takes 'Today at Apple' outside, with a regular weekend series of well known local acoustic performances such as Travis Hayes and global talents like Escondido, who will then give exclusive interviews about their craft in the Forum.

The Plaza at Apple Union Square features a fountain (as noted in the photo above) by well-known San Francisco sculptor Ruth Asawa, originally commissioned in 1969, and a new work, “Love” by local artist Laura Kimpton, commissioned by Hyatt Hotels.