Yesterday the U.S. Patent & Trademark Office approved Apple's latest registered trademark for "Apple Music" and published it today under registration number 4,966,376. Apple originally filed for their trademark back on June 11, 2015 or three days after the service was first introduced. The Verge noted that Apple had 13 million Apple Music subscribers in April 2016. 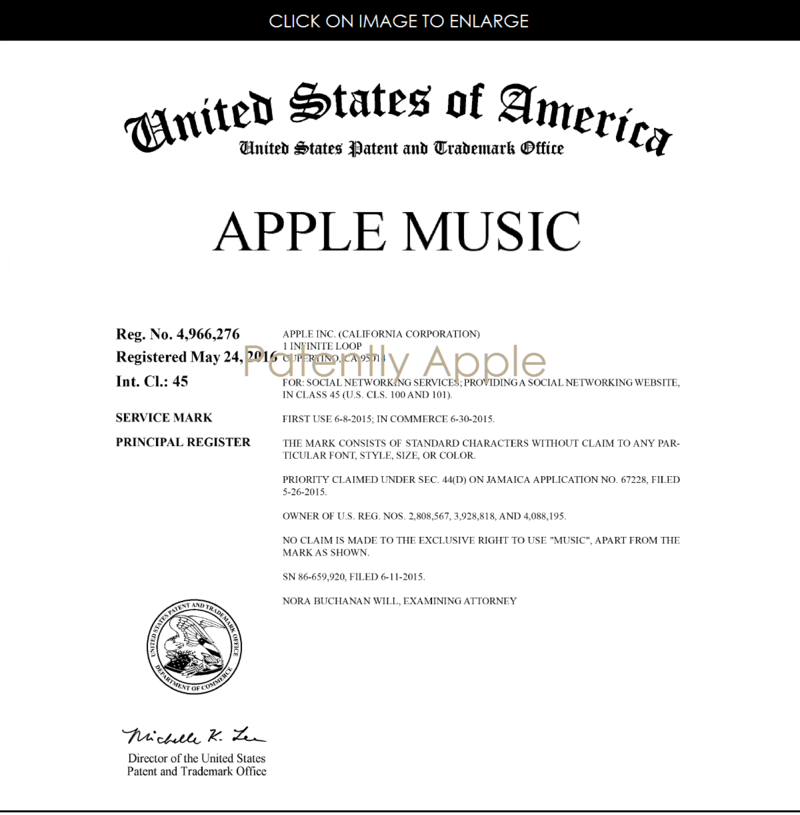 Priority based on Apple's foreign filing was made in Jamaica under application number 67228, filed 05/26/2015.