Apple has two patent pending inventions that cover a future version of Touch ID being positioned beneath the display of devices like an iPhone and iPad. The first patent application was covered in our February 2015 report titled "Apple Introduces an Alternative Touch ID Method using Full-Display Fingerprint Sensors." The second patent filing on this technology surfaced later in November in our report titled "Apple's Most Advanced OLED Display Invention to date Surfaces with a Fingerprint Reader under the Display of an iPad." Today's granted patent for touch technology beneath a display marks Apple's third patent on this front and it comes by way of Privaris. We reported back in June 2015 that Apple acquired the majority of the fingerprint patent portfolio from Privaris who had a working relationship with Authentec. CNN reported at the time of the acquisition that "one of Privaris' patents covers the ability to use a touchscreen and fingerprint reader at the same time. Another invention of Privaris' could allow you to open a door with your iPhone by scanning your fingerprint and holding your phone up to a reader, similar to how you pay for items with Apple Pay."

The patent touches on three fingerprint technologies: optical, capacitive and ultrasonic. The patent notes that optical scanners which are the most common are subject to 'gummi bear attacks,' in which a fingerprint is lifted from a glass or other object, placed on a pliable and sticky material, such as a gummi bear, and can provide a false acceptance.

The capacitive scanner is able to penetrate the live layer of the skin and can't be fooled by gummi bear attacks.

The most accurate but least common finger-scanning technology is ultrasound imaging. In this type of sensor, two transducers are placed on the x- and y-axes of a plate of glass--one each for receiving and transmitting--for propagating ultrasound waves through a glass plate; when the finger is placed on top of the glass, the finger impedes the waves and the receiving transducer can measure the alteration in wave patterns. This type of scanner is very new and largely untested in a variety of conditions, but initial results show promise for the technology. It combines the large plate size and ease of use of the optical scanners with the ability to pervade dirt and residue on the scanner, an advantage of capacitive scanners. 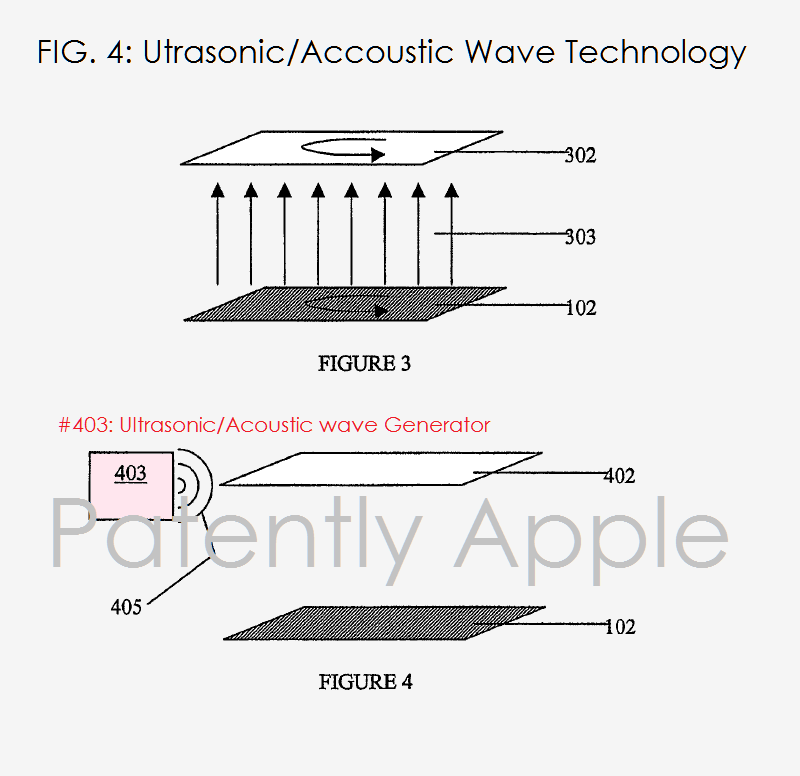 While it is unknown which aspects of this acquired (and granted) patent Apple will actually use, it's likely that the technology allowing touch screen on the iPhone and iPad in combination with a fingerprint scanner is one of them.

Another aspect of this invention that may be of interest to Apple is the Biometric Personal Identification Device (BPID). Although the patent figure illustrated in the patent filing (FIG. 8 below) is now ancient and the device seen as a standalone device, Apple could incorporate the methods and processes into future iOS devices and beyond.

It further notes that "If it is desired by the driver license verification application and/or other independent applications, the BPID can encrypt all transmitted data and information so that only the intended recipient can decode the information. The BPID places the control of personal and private information in the hands of the individual that owns the information and the organization that issues the device and/or creates device applications." It was reported on last week that the UK showed off a prototype of a digital iPhone driving license using Apple's Wallet app.

Apple's patent FIG. 8 noted below is an exemplary external view of the BPID; FIG. 9 is a schematic view of a BPID Interaction with System. 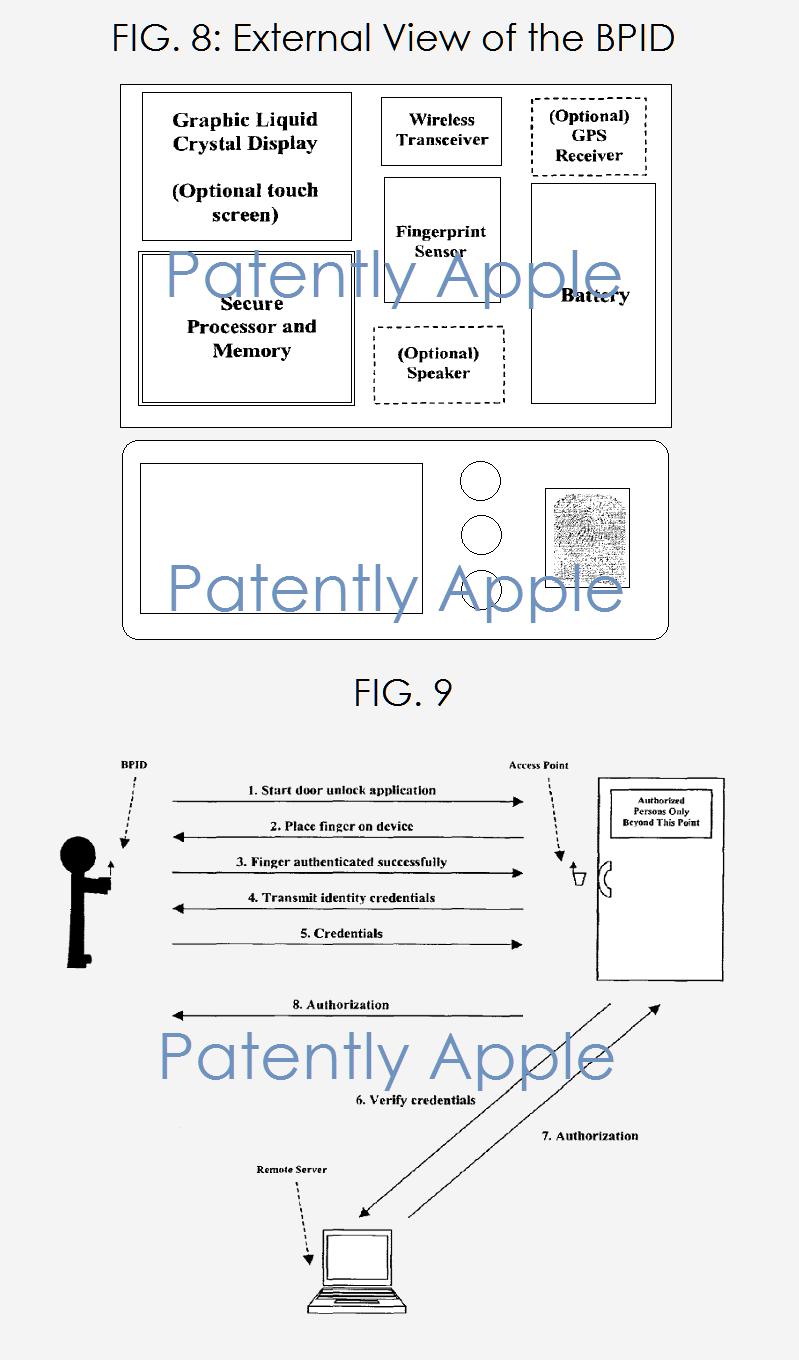 Apple's granted patent 9,342,674 was filed in Q5 2015 and published today by the US Patent and Trademark Office. The original Privaris patent was granted in 2009.

A second and an unconnected touch related patent was granted to Apple today titled "Field shaping channels in a substrate above a biometric sensing device. For more on this, see granted patent 9,342,727.

Another interesting Patently Apple report on this subject matter: Apple's Fingerprint Sensor Home Button could be a thing of the Past in the not too distant Future