Will Apple Extend their use of OLED Displays to Future iPads, MacBooks & Beyond? 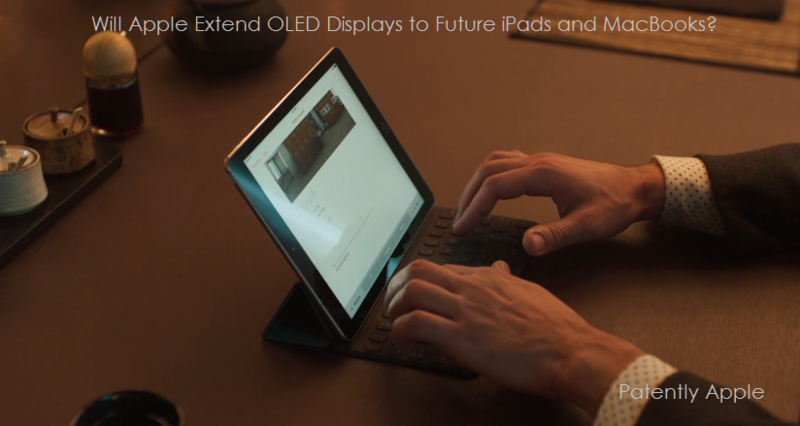 Earlier this month we reported that an Apple-Samsung iPhone OLED Display Deal Rocked LG's Stock Price. We noted in that report that Samsung Display is considering building a separate production line to produce organic light-emitting diode displays exclusively for Apple's iPhone. Today we're learning that Samsung will now be turning its sights on bringing OLED to notebook and tablet markets.

A supply chain report published this morning states that "Parade Technologies has announced collaboration with Samsung Display to deliver AMOLED panels for the tablet and notebook markets.

Parade, which supplies eDP timing controllers (Tcons) for both tablet and notebook display panels, worked together with Samsung Display. The DP699 supports the VESA Embedded DisplayPort (eDP) Standard version 1.4b and supports resolutions up to 3200 by 1800" which is slightly above Apple's current Retina resolution of 2560 by 1600.

The report noted that "AMOLED displays offer high contrast and low power consumption, but until recently have been limited to phones, some tablets and TVs. Through the joint development effort with Parade, Samsung has enabled AMOLED panels for the Windows PC market."

Of course this could technically open the door to Apple introducing OLED displays on future iPads and/or MacBooks as well. With Apple using Samsung's OLED displays for their 2017 iPhone, they'll be able to negotiate better volume pricing for other products. If the 2017 iPhone is a hit with Apple fans loving the new displays, then it's only natural that Apple would eventually decide to fundamentally shift all products to one standard.

Jimmy Chiu, executive VP of marketing at Parade stated that "We're glad to be part of the solution enabling AMOLED panels into the PC market. We think Samsung's introduction of AMOLED panels for notebooks is an important milestone in the PC industry, and we are honored to be chosen as a development partner by Samsung in this endeavor."

Last week The Korean Times reported that both LG and Samsung are looking to bring OLED displays to different markets in search of better profit margins. With the television market killing profits, both companies are now working with automotive and aerospace industries. The report noted that "Carmakers want OLED. They love the idea of curving the display into the dashboard because the car looks cool with it."

With Samsung Display winning Apple's business for the iPhone, making a deal for OLED displays for the iPad and MacBooks (if not the iMac) would provide them with a new market that they're actively seeking. They could reach higher volumes in a shorter span of time than catering to the automotive industry that is only in the experimental phase of using next-gen windshields used as heads-up displays (HUDs). And if you think about it for a moment, Apple's Project Titan may decide to go with such HUD's in the future as well which would be a bonus to Samsung. It would be killing two birds with one stone.