Home Archives Contact Us Subscribe Twitter MeWe Facebook Patently Mobile
Everyone has Advice for Apple, Some want to Poke Apple in the Eye – So What's on your Mind?
Apple Remains the King of Tablets While Microsoft's Clown Act with 'Surface' Continues

Icahn Contradicts his Positive Outlook on Apple, Runs for the Exit over China Concerns 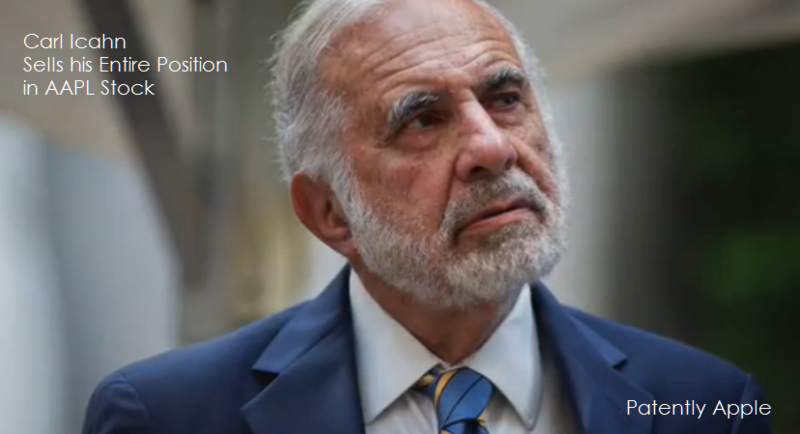 Last year, Icahn called Apple the sort of company that only comes along twice in a century, recounts the Financial Times, who noted Icahn adding that "Every 50 years, you get a company like this that has everything going for it. I feel so secure with Apple that if it goes down, I just buy more, I don't worry." Well, the first troubling sign in China for Apple and Icahn ran for the exit; So much for his little song and dance.

The stock (AAPL) fell $2.00 on that news ending the day in total down $2.99 to $94.83. Apple's Tim Cook noted during their financial conference this week that half the drop in China sales had to do with a strong currency in Hong Kong and that sales of the iPhone 5 SE didn't fall into this quarter which could have slightly changed their position in China.

Below are two CNBC videos of their interview with Carl Icahn who broke the news on closing out his position on Apple's stock.

Video One: Icahn No Longer has a Position in Apple