Did Enron's Ex-CFO Compare his Company's Complex Accounting Schemes to those of Apple's in Ireland?

Enron was an American energy, commodities and services company based in Houston, Texas. It was the darling of Wall Street. Enron was a company that reached dramatic heights with annual revenues reaching $100 billion, only to face a dizzying collapse. The story ended with the bankruptcy of one of America's largest corporations. Enron's collapse affected the lives of thousands of employees, many pension funds and shook Wall Street to its very core. To this day, many wonder how a company so big and so powerful disappeared almost overnight. How did it manage to fool the regulators and the Wall Street community for so long, with fake off-the-books corporations?

Chief financial officer Andrew Fastow was eventually replaced, and the U.S. Securities and Exchange commission launched an investigation into investment partnerships led by Fastow. That investigation would later show that a complex web of partnerships was designed to hide Enron's debt. By late November, the company's stock was down to less than $1 US. Investors had lost billions of dollars.

So what does Enron's history have to do with present day Apple? Well, according to a new Forbes article posted today, Enron's ex-CFO Andy Fastow was recently speaking at an event with over 200 professionals and confessed to misleading investors through creative accounting maneuvers designed to hide debt and inflate profits. He went on to state that many corporations out there today are doing the very same thing.

What came next is likely something that Apple's legal team led by Bruce Sewell will want to investigate because it sounds like Fastow was falsely insinuating that Apple could be involved in illegal accounting activities. With the EU Commission actively investigating Apple, Fastow's accusations can be seen as throwing gasoline on a fire.

According to witness Kase Capital hedge fund manager Whitney Tilson who attended the talk stated that during Fastow's presentation he posted a slide showing a relatively mundane office building and asked audience members to guess which company had its "'global headquarters" there. The company turned out to be Apple. The photo looked like the one below except with the logo cropped out. 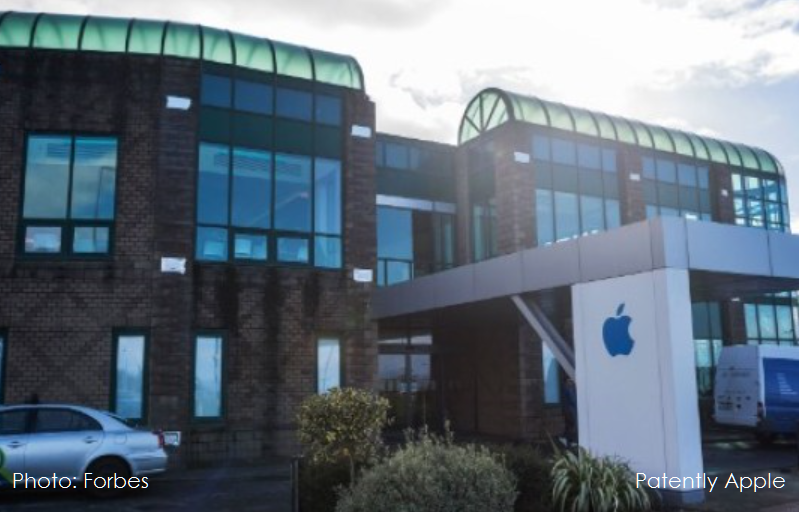 Forbes noted that "The building isn't actually Apple's official headquarters—that remains in Cupertino, Calif.—though it has been dubbed as such because it houses Apple Operations International and several other of the company's Irish subsidiaries, which serve as a base for Apple's overseas business as well as its foreign corporate tax structure."

The Forbes report went on to state that "Apple has been accused in the last few years of using its Irish subsidiaries to shelter profits offshore and evade paying taxes, most recently by the European Commission, which is investigating whether the company owes it billions of tax dollars. Fastow's point, at least according to Tilson, was that Apple 'is engaged in tax dodging behavior that, while perhaps technically legal, is clearly designed to increase profits and inflate the stock by misleading and confusing regulators (and perhaps investors) via a massively complex web of entities.'

Forbes writer Jen Wieczner concluded her report by stating that "If that sounds a lot like what Fastow pulled at Enron, you're not alone. The speaker clearly intended to highlight potential problems with complex corporate accounting even when no malfeasance is involved. The irony of comparing Apple to Enron certainly wasn't lost on Fastow. Still, he offers an important reminder that even the shiniest and most beloved companies can look a lot different and not so squeaky clean once you dig deep enough into their disclosures—even if they don't have anything criminal or malicious to hide."

At the end of the day, is the Forbes report simply overstating the Fastow angle to create controversy? Does Kase Capital's hedge fund manager Whitney Tilson have an axe to grind with Apple or did Fastow really go out of his way during his presentation to use Apple as an example for dramatic effect?

Whatever the reasoning, I'm sure that Apple's Bruce Sewell is likely to investigate this matter further. Having this kind of innuendo floating around the web could fester and should be stopped in its tracks, especially at this time when Apple is under investigation by the European Commission. Back in January Apple's CEO Tim Cook denied that they used any kind of tricks to avoid paying taxes.