Back in August 2015 Patently Apple covered a European Apple patent filing that pointed to force touch being applied to future devices such as a touchpad, display or magic mouse. Today, the U.S. Patent and Trademark Office granted Apple a patent specifically for a future Magic Mouse with integrated force touch sensors.

The Magic Mouse with Force Touch will be bringing the same new experience that Apple brought to the new MacBook's Force Touch trackpad. The Force Touch based Magic Mouse is engineered to deliver a responsive, uniform click no matter where you press the surface. And underneath, force sensors detect how much pressure you're applying and give you new ways to interact with your Mac. You'll be able to use a Force click to enable new capabilities, like quickly looking up the definition of a word or previewing a file just by clicking and continuing to press on the Magic Mouse surface. You'll experience this through haptic feedback — a tactile vibration from the mouse that adds the sense of touch to what you see on the screen. These advanced capabilities work in addition to all the intuitive Multi-Touch gestures Mac users love. You'll be more in touch with your Mac than ever before - Without lifting a finger. 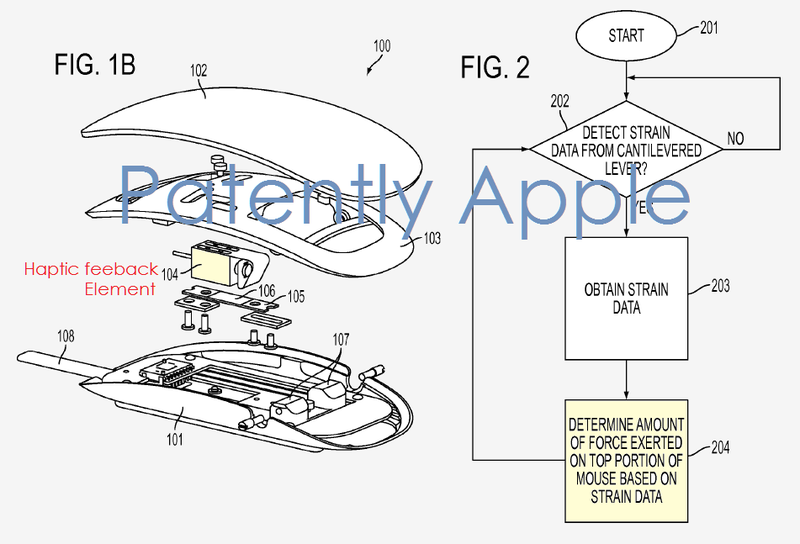 Apple's granted patent 9,304,587 was originally filed in Q1 2013 and published today by the US Patent and Trademark Office.