Why Can't Encryption be an Option on the iPhone? 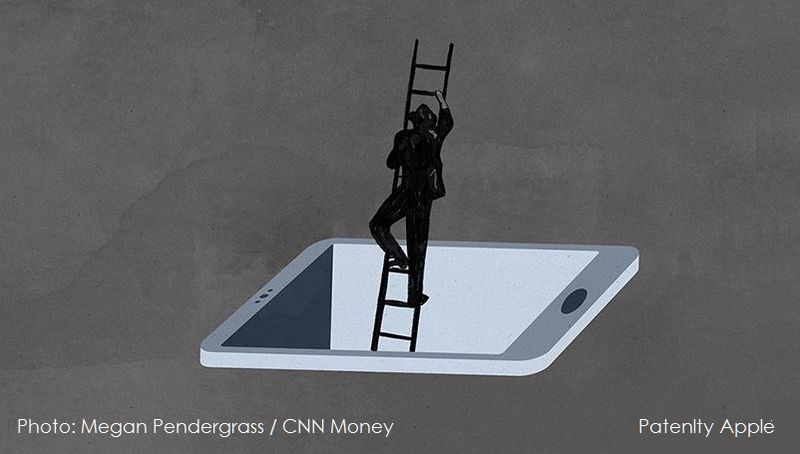 Almost a year after Brittney Mills was shot dead in the doorway of her Baton Rouge, Louisiana home, the iPhone that might reveal who pulled the trigger languishes on an evidence shelf. Police think the pregnant mother's smartphone could hold texts or diary entries revealing who killed her, reports BloombergBusiness. But the data remains cloaked by encryption, guarded by an unknown pass code and unreachable by investigators.

The prospect of hidden information left on the iPhone tantalizes the victim's family. In an echo of the better-known cases surrounding iPhones used by a terrorist in San Bernardino, California, and a drug dealer in Brooklyn, Brittney Mills' survivors say device maker Apple Inc. hasn't done enough to find the killer. "In so many words, they refused to help us," said Tia Mills, sister of 29-year-old Brittney. "I was really astonished about that."

The slaying offers one example from hundreds nationwide where families and police are grappling with the decision by smartphone manufactures such as Apple to add encryption that law enforcement can't crack, even with a warrant. Unlike the Brooklyn and California cases where the U.S. Justice Department has gone to bat for investigators, local police and crime victims say they are largely left to fend for themselves.

Tia added that "I'm not angry. I'm just disappointed. I'm disappointed because I'm sure that if it were to happen to one of their family members, someone that they hold near and dear, that they would do whatever it took."

The Mills family is snared by the same privacy barrier confronting the FBI, which won a court order asking Apple to help deactivate security features of an iPhone used by a shooter in the December attack that killed 14 people in San Bernardino.

Apple's policy calls for handing over content in the so-called iCloud, a storage site that lets phone users back up information including e-mails and text messages, when presented with a warrant signed by a judge. In this case, certain information was available to the Mills, but not the data that wasn't backed-up to iCloud.

It would appear that a partial solution would be to have the iPhone, at some point in the future, send information to iCloud in a different way so that it's automatic and in real-time so that the gap of information would never be an issue.

Cases like these are piling in. At some point in time it could become an issue for some individuals who really want an iPhone but don't want encryption turned on. Users may want an options for iTunes and/or Apple Pay for instance. As I see this issue unfold, I'm not sure that I want encryption. But Apple doesn't give me that option. And why is that? They clearly offer that option on my Mac for iTunes and my Health information as noted below in the graphic from Apple's webpage. 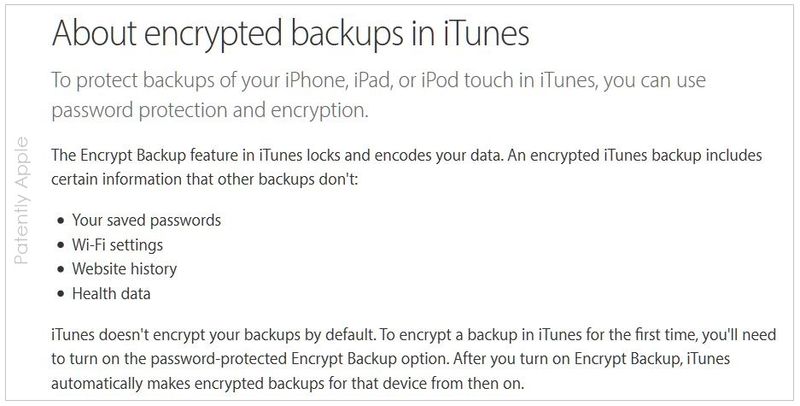 For someone like the Mills family, why would they want to buy a new iPhone now that they've experienced firsthand the problems that could happen and the heartache and pain of fighting Apple just to gain access to their dead daughter/sister's iPhone data?

In this fight between the FBI and Apple, there are people caught in the middle who just don't get this issue. Their family member is dead and they just want access to it. When a family member dies who happened to have been renting a bank security deposit box, a court order will allow the bank to break it open for its content for the family. So why is opening an iPhone left to Apple alone?

I don't think that the average iPhone buyer has ever really thought of the potential problems associated with encryption when buying a cool new iPhone 6. That's not something one lusts to have when deciding to buy an iPhone.

Apple just included it and that's the end of that discussion because they don't want customers to have an iPhone with Apple Pay without encryption. This is really the heart of the issue even if Apple is now hiding behind privacy. Privacy was never an issue on previous iPhones. It was never a topic of conversation, period. Was that just a coincidence? No. But if a consumer has no interest in ever using Apple Pay, they still have no 'opt out' option. It's Apple's way or the highway.

Forget the FBI's case. Let's say that 20-30% of Apple customers don't want encryption. What will Apple do? Tell them to buy a competitors phone? For now that's what it boils down to. But people don't get this issue until someone they love actually dies or is murdered and they can't get access to a device their loved one owned. At that point, I wouldn't care less what Apple wants or Snowden in Russia thinks. I'd want access to the iPhone's data that includes photos/memories and notes etc, period.

While Apple can't reverse course now until the government forces their hand, will we see competitors take the gamble and offer consumers options to opt out of encryption on future smartphones beyond e-wallets? I don't know, but I hope so and I don't think I'm alone.