Samsung Invents a Smartphone with an Expandable Display

Last Friday Samsung shareholders expressed their anger at the Company for a lack of profitable devices and wanted the head of their mobile division to be ousted for its poor performance. Samsung needs to find a new smartphone form factor that's more radical than just bending an edge of the display as their recent smartphones have done.

When Samsung first introduced the Phablet, many mocked the crazy large smartphone display until it caught on with the public. That gave Samsung the needed edge over Apple and until the iPhone 6 debuted, Samsung had a real winning design. Now that the Phablet has been copied by everyone in the industry, Samsung needs a new killer smartphone form factor.

Over the last few years Samsung has filed for many patents covering new design ideas from bendable phones to those with roll-out displays and even dual displays (one, two, three, four and many more).

A new Samsung patent filing published by the U.S. Patent & Trademark Office yesterday shows us yet another flexible display invention concept from Samsung that illustrates a smartphone that could provide consumers with the ability to extend their displays when needed for certain content. It's a concept that plays off of their rollable display concept yet retains more of a traditional smartphone look. For more details on this new invention from Apple's rival, check our full Patently Mobile report here. 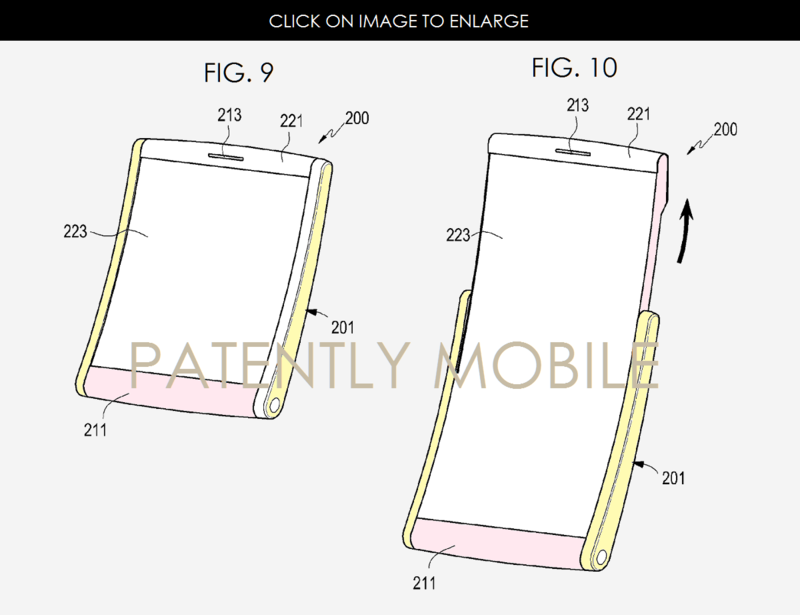