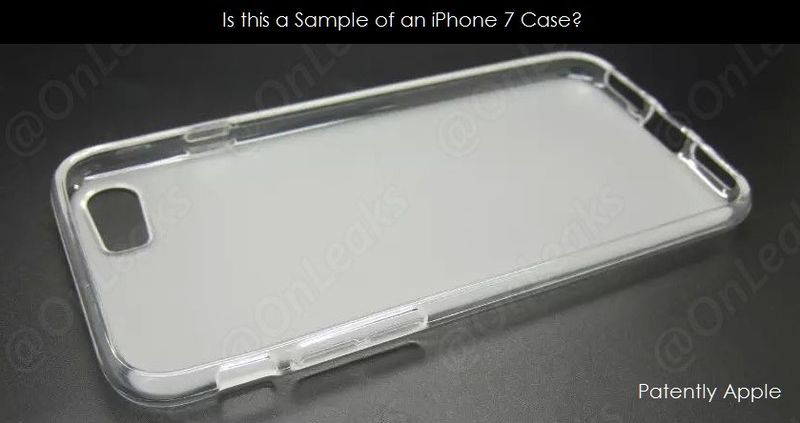 In late January we posted a detailed report titled "This Year's Camera Trend for Smartphones will be Dual Cameras and it's likely to Debut on the iPhone 7 Plus." Then in early February we posted a follow-up report titled "Apple Reportedly Ready to Test Dual Lens Cameras for iPhone 7." Now comes the rumor (via MacRumors) and reported sample photo (via OnLeaks) of the a future iPhone 7 case showing a larger camera space slot that could accommodate a dual camera along with new stereo speakers at the bottom of the new iPhone.

Although I'm not a big fan of covering mysteriously discovered UFO iPhone part components stories, I'm hoping we'll see a dual camera on the new iPhone 7 this year and so I'll go along for the ride that this leak is legitimate, even though it's questionable.

On a last note, the case photos also show that there's no headphone jack slot which  supports theories of either a wireless headphone solution or a Lightning or USB-C connector doubling as an audio connector is on the way. A 2015 Apple patent filing supports the latter solution.