Home Archives Contact Us Subscribe Twitter MeWe Facebook Patently Mobile
IDC Wearable Market Report Sees Apple's watchOS as the Leader through to 2020
First it was about Apple Engineers Fearing Retaliation for Writing GovtOS, now it Boils Down to Sheer Rebellion

Prior to Apple Entering the Court Next Week, Time Magazine Releases their Full Interview Transcript with Tim Cook 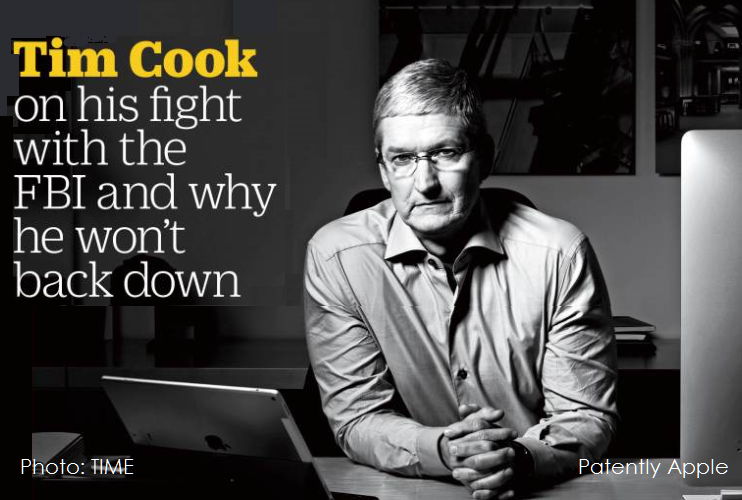 Apple is due in Court next Tuesday over their fight with the FBI. They've informed the judge through a series of carefully crafted briefs that they won't comply with the order to unlock an iPhone 5c that was used by the San Bernardino terrorist.  Time magazine has given Tim Cook their latest cover that will be on newsstands on March 28. So that it's timely prior to Apple ever stepping into court, the full transcript of Time's interview with Cook by Nancy Gibb and Lev Grossman was made public today. Due to the length of the interview, it's best that you simply go directly to it here.

At the end of the day, Cook says that Apple will follow the law, whenever there is a law specifically covering this issue because the All Writs Act shouldn't be what governs this case. The issue of encryption and its implications are vast and should be debated properly by Congress from all angles including safety, security and privacy. Cook noted that "if at the outcome, if they conclude that they want to limit or ban encryption, or force a back door, then they clearly have the right to do that; Because they can pass a law. And if the President signs it, it becomes law. Do I think that will happen? No." 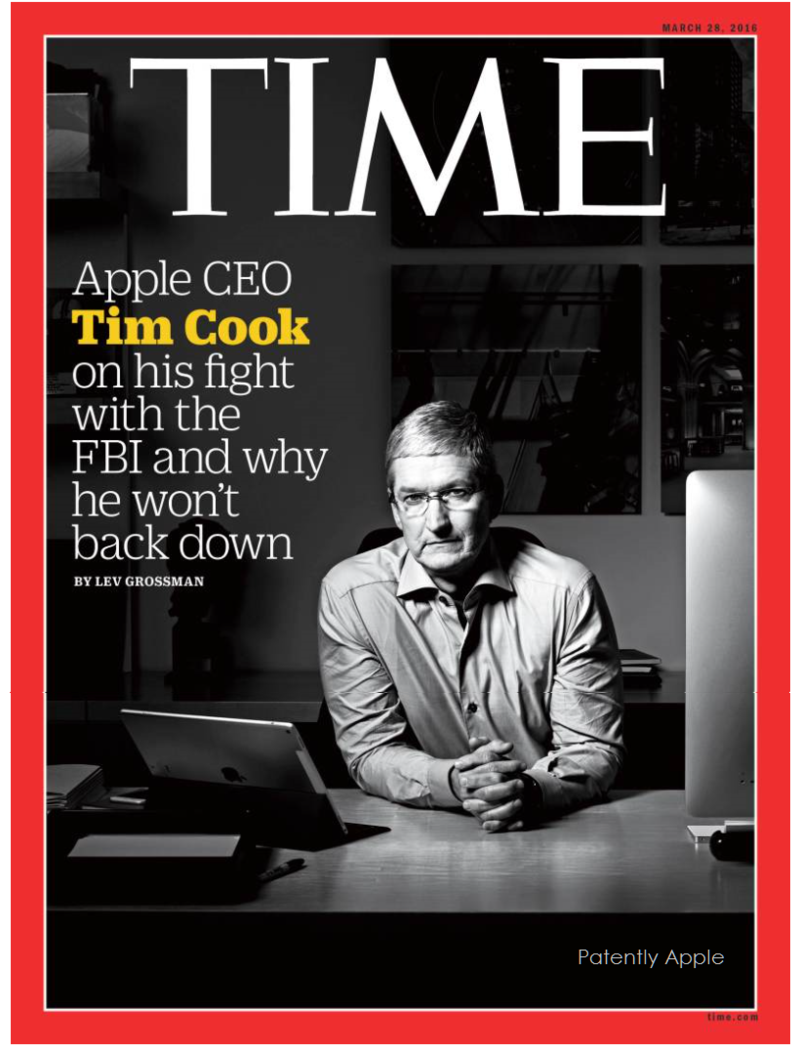