It's Official: Foxconn Acquires Sharp to Unlock their Potential 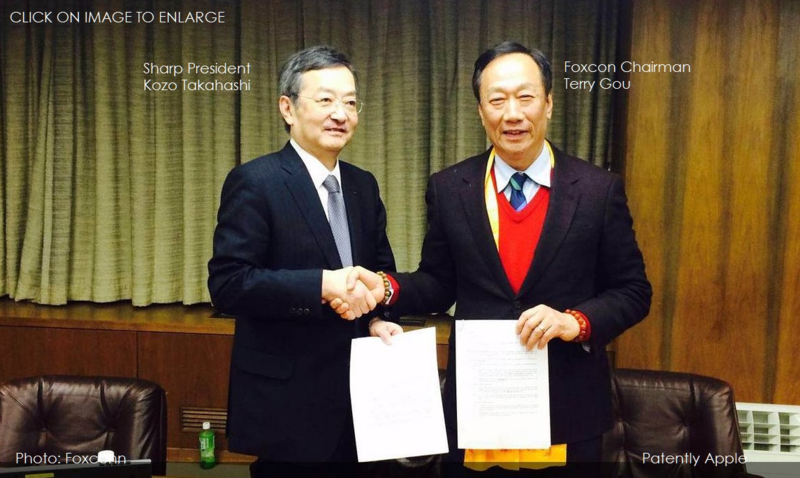 After a false start, it's being reported this morning that "The boards of Sharp and Foxconn Technology Group approved a plan Wednesday for the Taiwanese electronics assembler to take over the struggling Japanese consumer electronics company for about 389 billion yen (US$3.5 billion), capping months of negotiations that in the end led to a lower price tag for the deal.

The Wall Street Journal reports that "The deal is a victory for Foxconn, which has been looking to expand in the market for next-generation displays with its pursuit of Sharp, a supplier of smartphone screens to Apple Inc. Foxconn believes acquiring Sharp will allow it to move up the technology value chain by making smartphone screens, which are the most expensive components in mobile devices."

Foxconn Chairman Terry Gou said in a statement Wednesday that "We have much that we want to achieve and I am confident that we will unlock Sharp's true potential and together reach great heights."