Two years ago Patently Apple posted a report titled "Could Project Ara's Smartphone by Google be a Game Changer?" It was an in-depth report providing readers with an overview of this ambitious ground breaking project. Last August Google acknowledged that the design had a minor setback in that the initial design allowed the magnetized modules to fall off the phone when dropped. Google reported at the time that they were already testing a new "signature experience" for attaching their phone modules and that the new smartphone would likely launch sometime in 2016. Yesterday, The U.S. Patent and Trademark Office granted Google two design patents for their modular smartphone relating to Project Ara and reveals their new "signature experience" attachment design. For more illustrations, see our full Patently Mobile report. 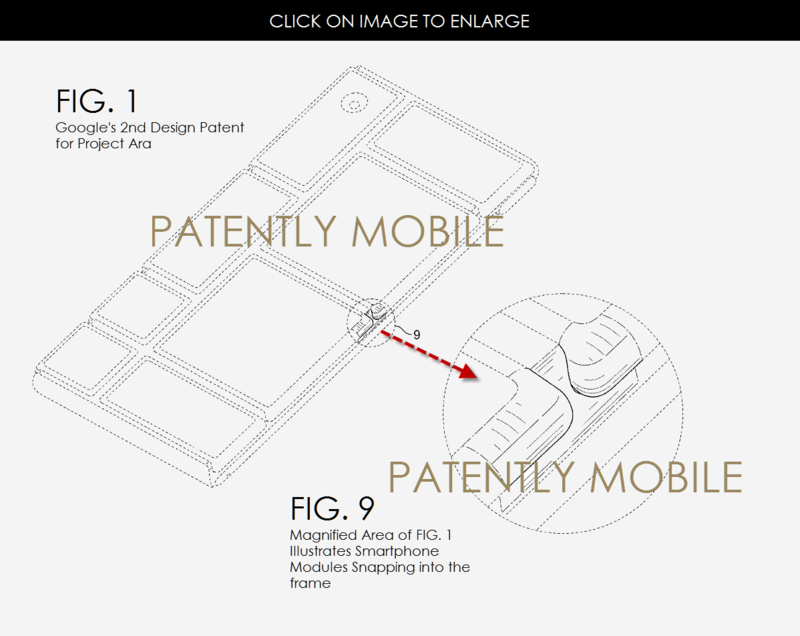 Google's Project Ara website states: "The smartphone is one of the most empowering and intimate objects in our lives. Yet most of us have little say in how the device is made, what it does, and how it looks. And 5 billion of us don't have one. What if you could make thoughtful choices about exactly what your phone does, and use it as a creative canvas to tell your own story? Introducing Project Ara. Designed exclusively for 6 billion people."