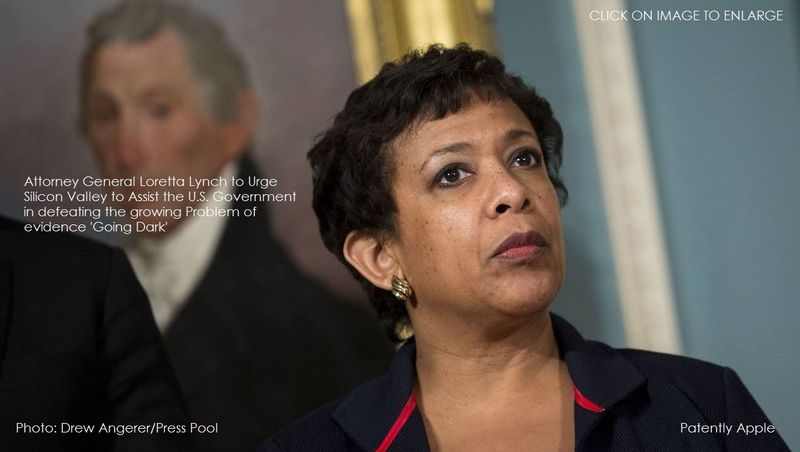 Attorney General Loretta Lynch plans to tell a gathering of tech industry executives Tuesday that Washington and Silicon Valley should work together to defeat criminals and terrorists, a pitch for cooperation at a time when the two sides are increasingly at odds over encryption.

Ms. Lynch is scheduled to speak this afternoon at the RSA Conference on cybersecurity in San Francisco. In her speech, Ms. Lynch won't explicitly take on the encryption issue or Apple, but instead will promise continuing "frank dialogue and fruitful partnership" between the government and the industry on issues of cybersecurity, according to an advance copy provided by Justice Department officials.

For years, the Justice Department and the FBI have been sounding alarms about what they call the "going dark" problem—the ability of criminals and terrorists to hide their plotting in unseen parts of the Internet, including using encrypted smartphone conversations that in some cases cannot be monitored by law enforcement.

Ms. Lynch plans to say, according to her prepared remarks that "The going-dark problem is a very real threat to law enforcement's mission to protect public safety and ensure that criminals are caught and held accountable. We owe it to the victims and to the public, whose safety we must protect, to ensure we have done everything under the law to fully investigate terrorist attacks and criminal activity on American soil." For more on this, read the full Wall Street Journal report.

As much as Ms. Lynch wants wishes to work with Silicon Valley on security issues, it's doubtful that Cook will be agreeable to anything considering how loudly he rebuked Washington's need for 'Balance' between National Security and consumer privacy back in January.

The Intercept reported last month that Apple has no intention of playing nice with the government and specifically noted Tim Cook lashing out at the high-level delegation of Obama administration officials by openly criticizing the White House for a lack of leadership and asking the administration to issue a strong public statement defending the use of unbreakable encryption. So will Ms. Lynch make headway with Apple today? Unless Ms. Lynch is going to part the sea (Pacific Ocean) and have Moses come down from on high and threatens to cast a plague on Apple: No.