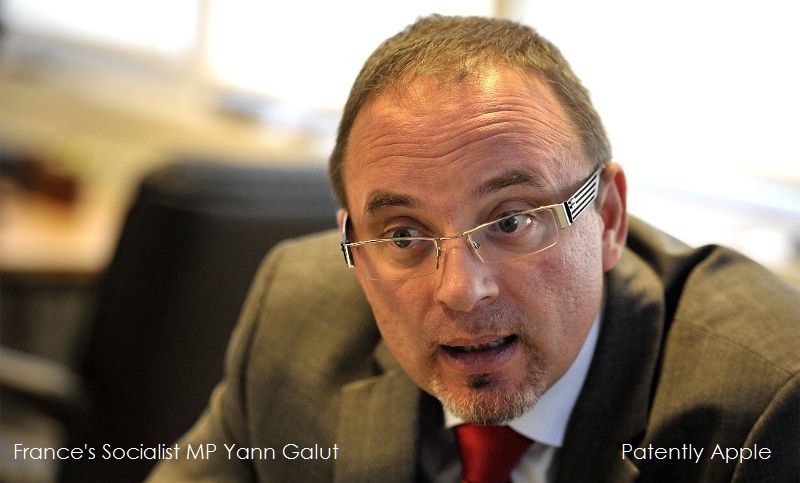 Earlier today we posted a report titled "ALCU: The FBI vs. Apple Case has Global Implications." In that report we pointed to foreign governments stepping up their legislation to address the encryption issue. Since then we've learned that the extreme French Socialist MP Yann Galut has proposed an amendment to French law that - if passed - would see US tech companies like Apple and Google punished if they refuse to give French officials backdoor access to terrorists' phones.

In France last year, there were eight phones that were inaccessible to police - all tied in some way to terror attacks, reports Le Parisien. Galut said on Monday that companies like Apple and Google should be fined up to €1 million when they didn't cooperate in such cases.

Galut told the reporter that "We are faced with a legal vacuum when it comes to data encryption, and it's blocking judicial investigations. Only money will force these extremely powerful companies like Apple and Google to comply."

Galut added that Apple and Google are operating under "total bad faith. "They are hiding behind a supposed privacy protection, but they're quick to make commercial use of personal data that they're collecting," he said.

As all governments promise, Galut stressed that his proposed amendment would not affect the privacy of the common public, only those who are under investigation.

Apple Scores a Victory in the UK

Contrary to what France is considering, the UK has significantly backed off their stance against Apple. If you remember, back in December Apple's CEO called on the UK government to scale back snooper's charter, and it appears that for the time being at least, they've done just that.

On Tuesday, the revised Investigatory Powers Bill went to UK's House of Commons. In some ways, the bill will ease up on Apple and Google. A UK report states that "A Home Office source said: 'The Bill clarifies the Government's position on encryption, putting beyond doubt that companies can only be asked to remove encryption that they themselves have applied, and only where it is practicable for them to do so. This will make clear that the Government is not asking companies to weaken their security by undermining encryption."

The report further noted that "Prime Minister David Cameron said terrorists, paedophiles and criminals must not be allowed a 'safe space' online where they could hide with no fear that they would be hacked by the security services.

But after being persuaded about the important role encoding communications played in the protection of legitimate online activity such as banking, shopping and personal data, the Government is to clarify its position in the Investigatory Powers Bill."

A source within the government stated that "This is world-leading legislation, setting out in unprecedented detail the powers available to the police and security services to gather and access communications and communications data, subject to a robust regulatory regime.

'Terrorists and criminals are operating online and we need to ensure the police and security services can keep pace with the modern world and continue to protect the British public from the many serious threats we face.'"

At the end of the day, the UK backed off. This is likely due to Apple's CEO pointing out that online commerce services such as Apple Pay, which is now available in the UK, uses encryption to secure accounts. Without it, user accounts could be compromised causing real everyday havoc for local law enforcement.