The U.S. Patent and Trademark Office officially published a series of 54 newly granted patents for Apple Inc. today. In this particular granted patent report we cover Apple's invention that reveals a possible future version of FaceTime that includes 3D-like views. The application noted in Apple's patent seems to be a new combination of FaceTime and Photo Booth with 3D styling.

Apple's granted patent FIG. 1 noted below illustrates an example of a video conferencing application that uses the method of some embodiments to generate real-time reflections for video content. This application executes on a device (e.g., a desktop computer, a laptop computer, a tablet computer, a multi-function mobile device, a set-top box, etc.) to establish a video conference between the user of the device and one or more users of one or more other devices. The application generates real-time reflections from the content of the video presentation that it displays in order to simulate a 3D meeting room environment for the user of its device. 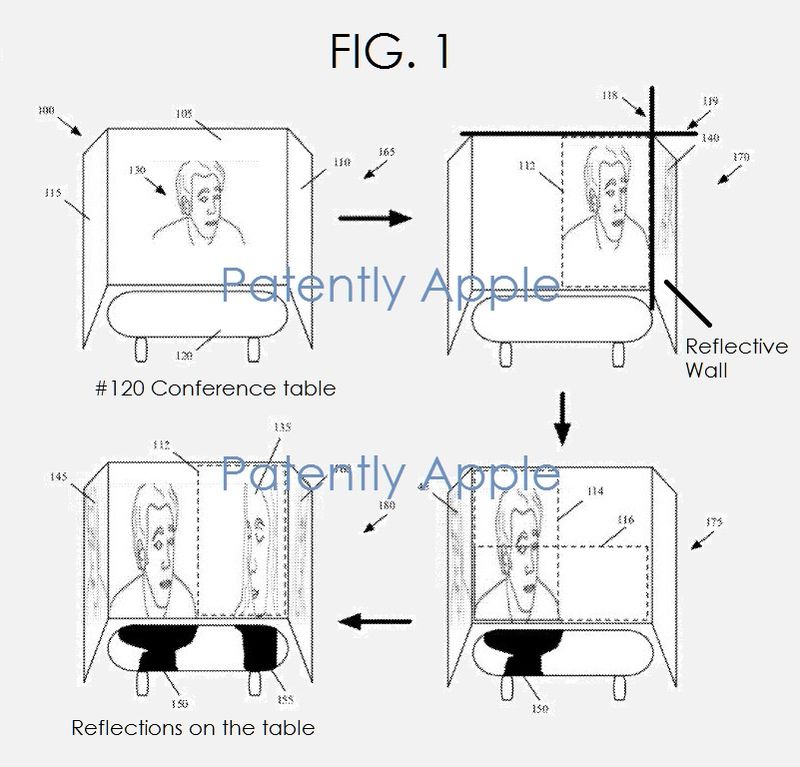 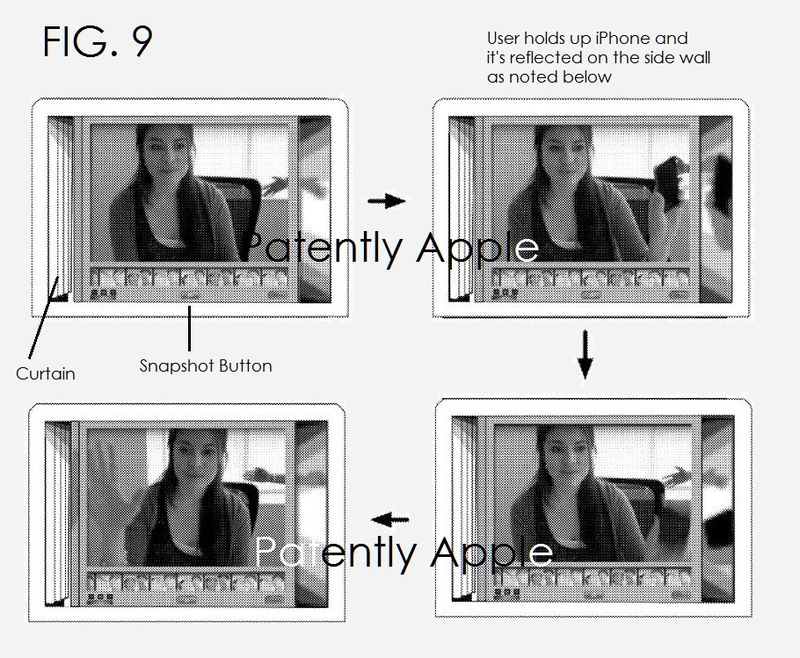 Apple's granted patent 9,275,475 was originally filed in Q2 2012 and published today by the US Patent and Trademark Office.