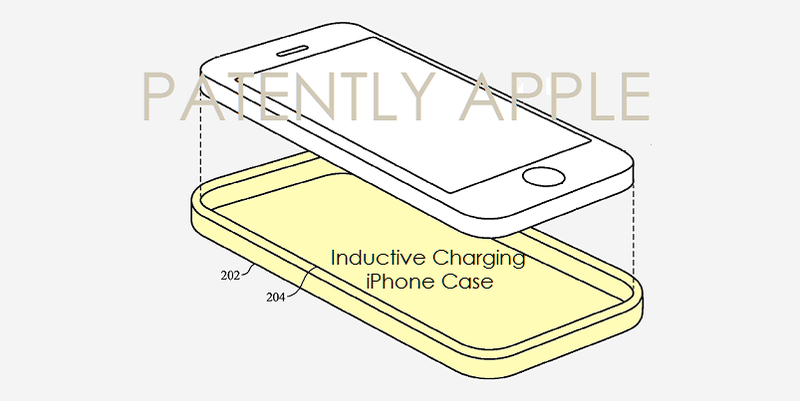 Earlier this morning we posted a report titled "A New Apple Invention Covers Inductive Charging Between iOS Devices & even a MacBook" which detailed how a single major device could act as an inductive charging pad for multiple devices. The U.S. Patent and Trademark Office also published additional inductive charging patent applications today covering a potential future inductive charging iPhone Case and a method for improving the efficiency of inductive power transfers.

Many electronic devices include one or more rechargeable batteries that require external power to recharge. Often, these devices may be charged using the same or similar connection type; for example, via universal serial bus ("USB") or other electrical connections. Electrical connection types may vary, and multiple devices often require separate power supplies with different power outputs. These separate power supplies are burdensome to use, store, and transport from place to place.

Apple's invention covers a system that includes an electronic device comprising an enclosure and an internal inductive charging assembly positioned within the enclosure. 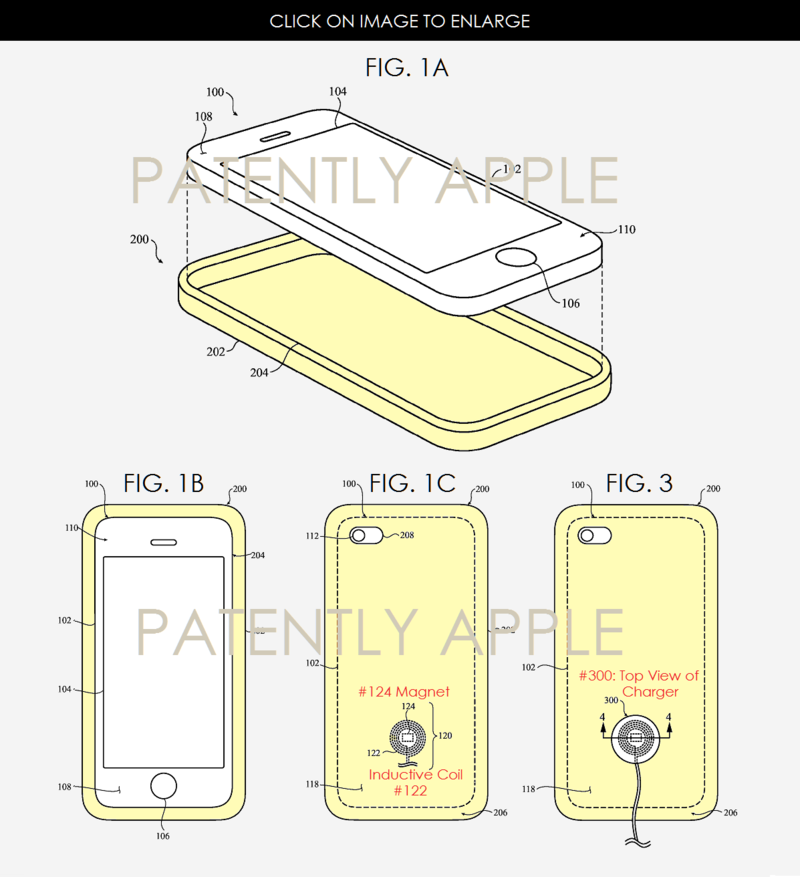 Apple's patent figures above show various angles of this new iPhone case with FIG. 3 showing a back view of the case with the charger plugged in.

Posted by Jack Purcher on March 31, 2016 at 10:44 AM in 1A. Patent Applications, Apple Accessories, Wireless Charging, Wireless technology | Permalink | Comments (0)