The U.S. Patent and Trademark Office officially published a series of 54 newly granted patents for Apple Inc. today. In this particular report we present granted patents covering Force Touch for MacBooks, Detachable Wireless headsets designed specifically to last 30-60 minutes for workouts or specific timespans for the iPod and iPhone. Our report also covers several design patent wins for Apple Watch and more. We wrap up this week's granted patent report with our traditional listing of the remaining granted patents that were issued to Apple today.

Apple's newly granted patent covers their invention relating to an inventive new headset design that provides users with a temporary wireless option that's great for when you're working out in the gym or jogging. The patent states that the design is focused on 30-60 minute workouts or timespans. 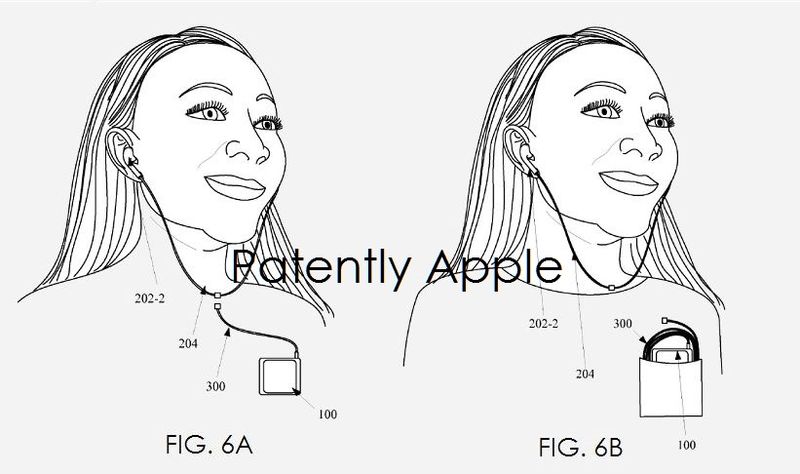 Apple's patent FIG. 6A noted above illustrates an arrangement whereby media apparatus 10 can operate in the wireless mode. In this arrangement, the media player #100 (iPod nano) can be placed in any location that the end user finds convenient. For example, as shown in FIG. 6B, corded portion #300 can be wrapped about the iPod or iPhone and placed in an inconspicuous location such as a pocket. In this way, the corded portion still retains the ability to receive RF signal as well as wirelessly provide an audio signal to the listening device. Accordingly, by placing corded portion in the user's pocket, the chance that corded portion will become entangled during physical activity is practically non-existent.

Patently Apple covered Apple's original patent application in a report back in October 2012 which provides more details. Apple's granted patent 9,277,309 was originally filed in Q1 2011 and published today by the US Patent and Trademark Office.

Apple's newly granted patent covers their invention relating to portable computers and other equipment that will provide touch pads that include force sensors. This is a fulfilled patent as this was introduced with Apple's new MacBook. 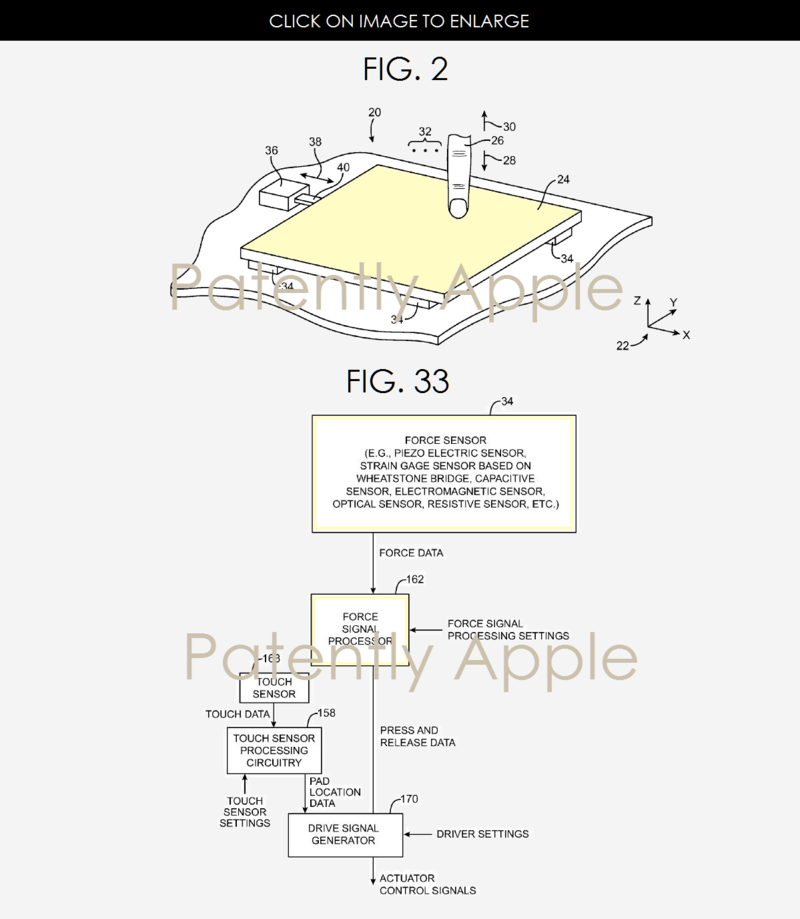 Review Apple's granted patent 9,274,660 for more details. Apple originally filed in Q4 2013 and published today by the US Patent and Trademark Office. Apple is presently being sued by Immersion for patent infringement regarding 3D Touch and Force Touch technologies. 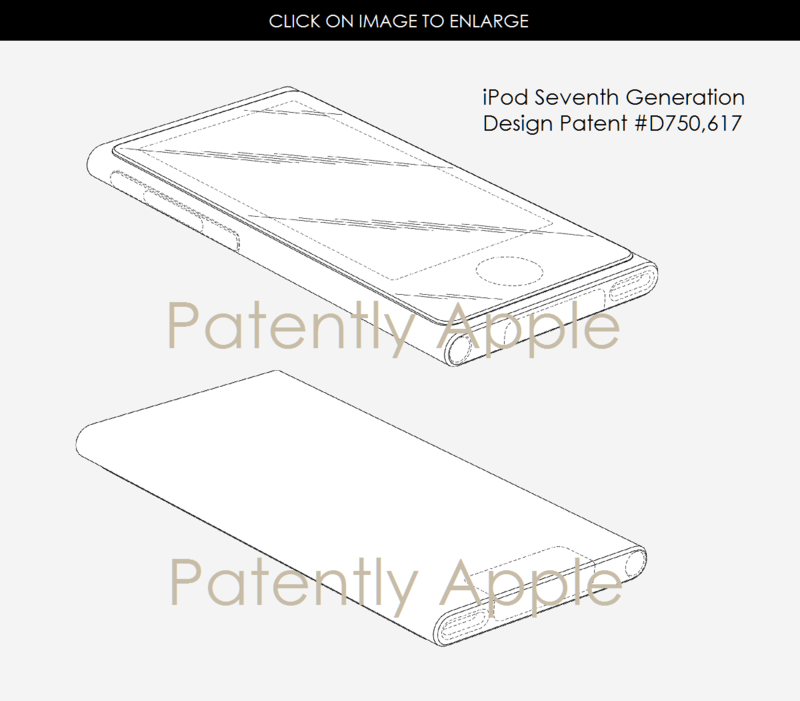 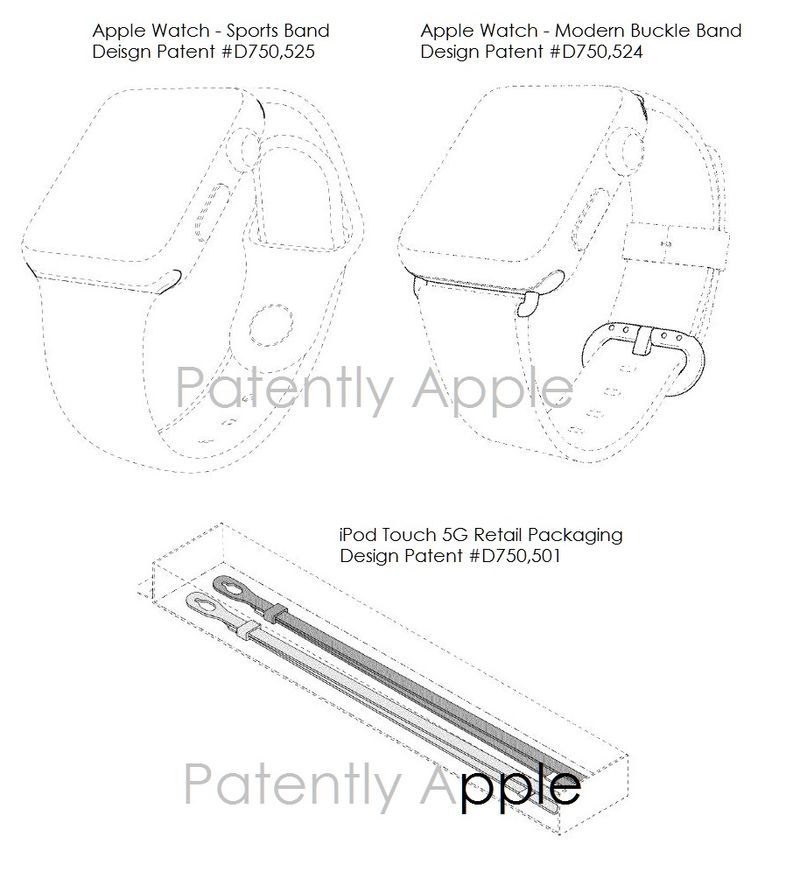 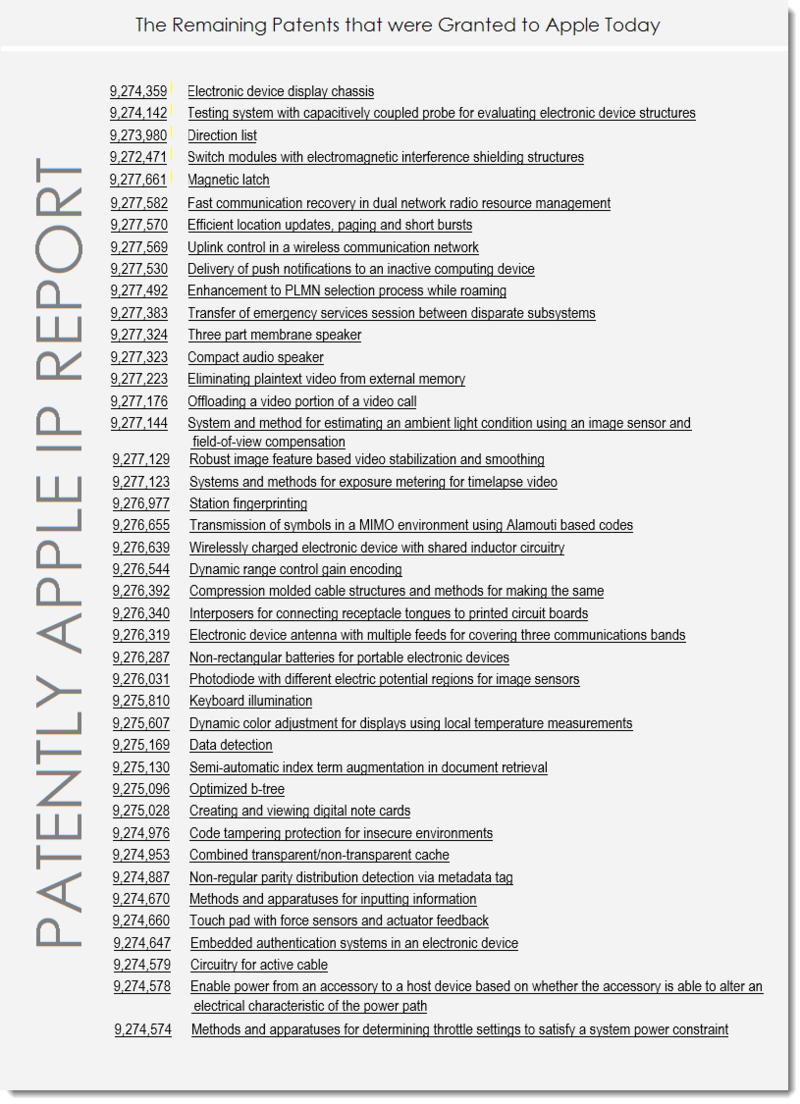