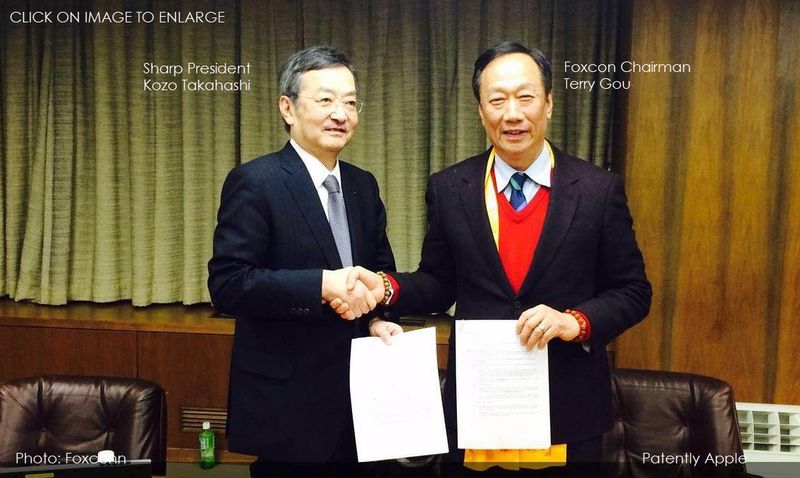 In July of 2012, Gou in his personal capacity acquired a 50% stake in Sharp's 10th-generation display panel plant situated in Sakai, a city in Osaka prefecture, at the cost of 66 billion yen (US$546.5 million). We reported in March 2015 that Foxconn was going to take a second run at acquiring Sharp but that the two sides couldn't find the right terms. The news surfaced again in September that Foxconn was seeking funding from Apple to finalize a Sharp deal and nothing came of that. Then in January we learned that the battle for sharp came down to Foxconn and Innovation Network of Japan. Last week Bloomberg thought that the deal would go to the Japanese bidder but in the end it's being reported on by the Wall Street Journal that "Foxconn Chairman Terry Gou said Friday that the Taiwanese iPhone assembler plans to seal a deal to buy troubled electronics provider Sharp Corp. by the end of the month, paving the way for one of the biggest foreign takeovers of a Japanese company."

Mr. Gou said the two companies cleared 90% of the hurdles toward a deal but fell short of a final agreement because of an unspecified legal issue. He said they had signed an agreement to give Foxconn priority negotiating rights, ahead of a Japanese government-backed fund that was also interested in acquiring Sharp.

Mr. Gou told reporters after meeting with Sharp executives at the company's headquarters in Osaka that he wanted to show off the signed final agreement document saying that he didn't see any further big obstacles.

Instead of a sale agreement, Foxconn provided photos taken inside a meeting room at Sharp's headquarters that showed Mr. Gou and Sharp President Kozo Takahashi shaking hands and beaming as they signed other documents (as shown in our cover graphic).

But Sharp said in a statement Friday the two companies continue to negotiate details of Foxconn's proposal, which it said would remain valid until Feb. 29. For more on this, see the full WSJ report here.

Will Foxconn's acquisition mean more business from Apple, and more importantly, will it mean less business for Samsung? With the iPhone 7 display set to use an LCD display, the acquisition of Sharp could be a big win for Foxconn right out of the gate.