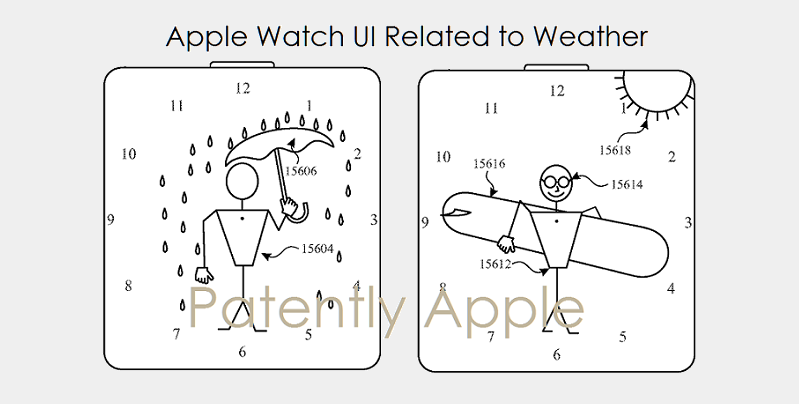 Most of Apple's invention relates to Apple Watch's customizable user interfaces. Apple notes that users rely on portable multifunction devices for keeping time, among a variety of other operations including running software applications. It is desirable to allow the user to access information through a single user interface while keeping the interface simple and intuitive to use.

In some embodiments, a method of providing context-specific user interfaces comprises: at an electronic device with a touch-sensitive display: displaying on the touch-sensitive display a clock face that indicates current time, the clock face including: a user interface object comprising an hour hand and a minute hand, wherein the user interface object indicates the current time; one or more indications of an hourly timescale; and a stopwatch hand; receiving data representing a user input; and in response to receiving the data: substituting the one or more indications of an hourly timescale with an indication of a first timescale for the stopwatch hand; and animating the stopwatch hand to reflect passage of time. 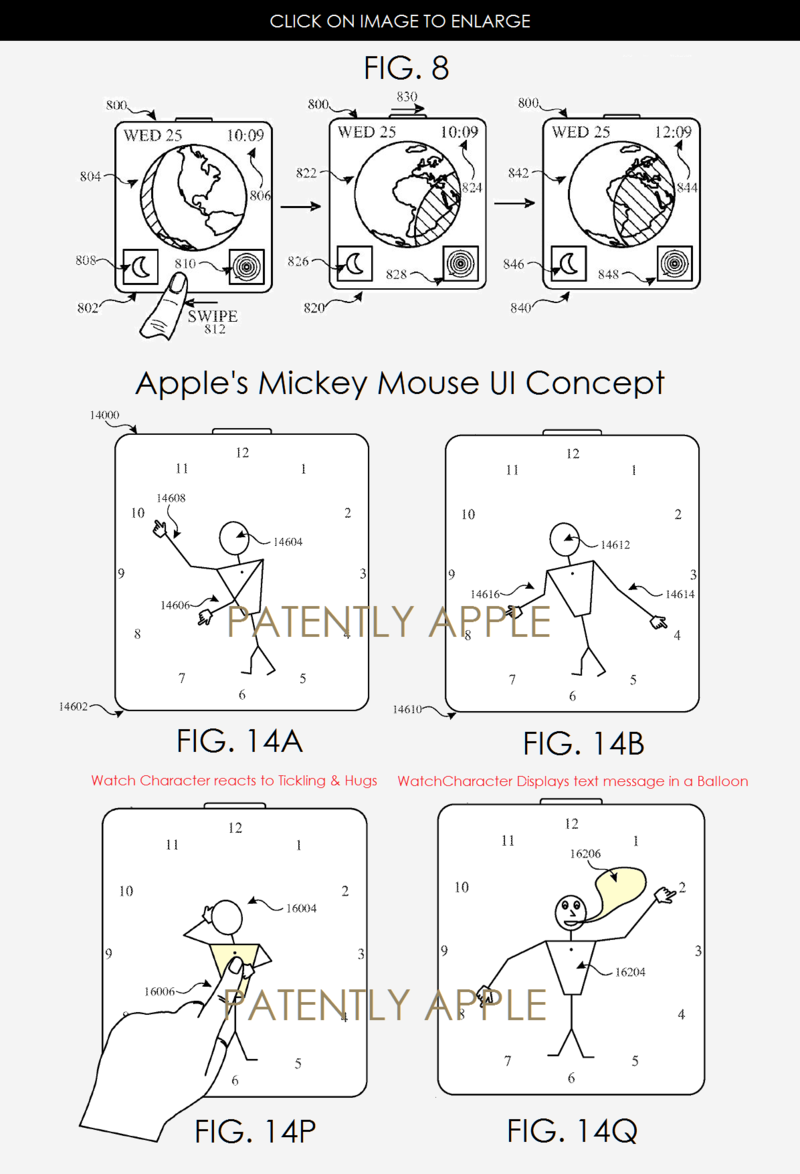 In describing one future Apple Watch UI as seen in the example noted above in patent FIG. 14P, Apple notes that a character on a watch interface will be able to react to specific contacts by the user using tickling, hugging, or other forms of friendly contact. 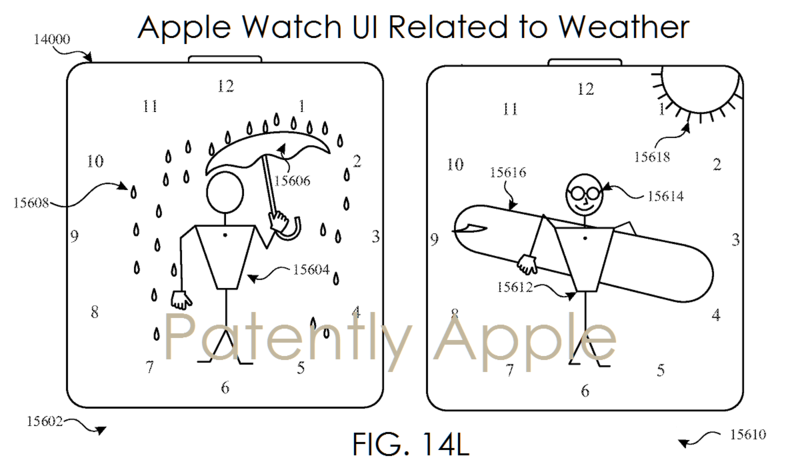 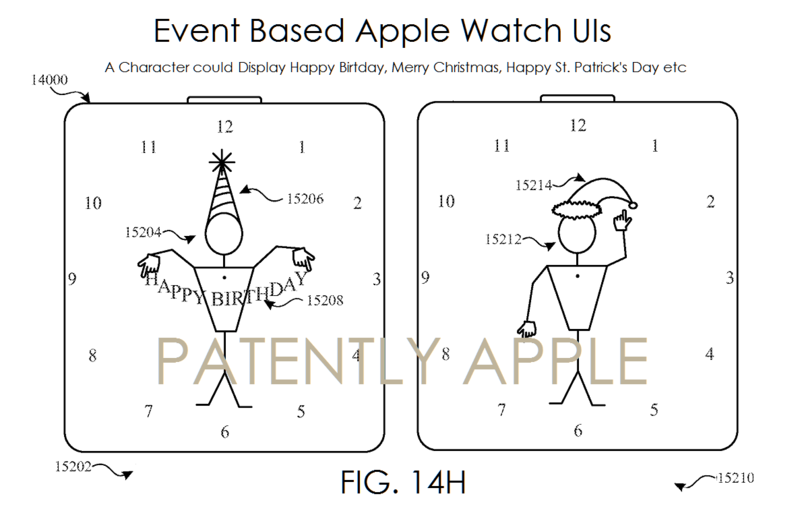