Apple's invention relates to force-sensitive input devices, including track pads, touch screens and other control systems with sensitivity to contact forces. In particular examples and embodiments, the invention encompasses a touch sensitive input system for an electronic device, with a deflection sensor disposed adjacent to or along the control surface. 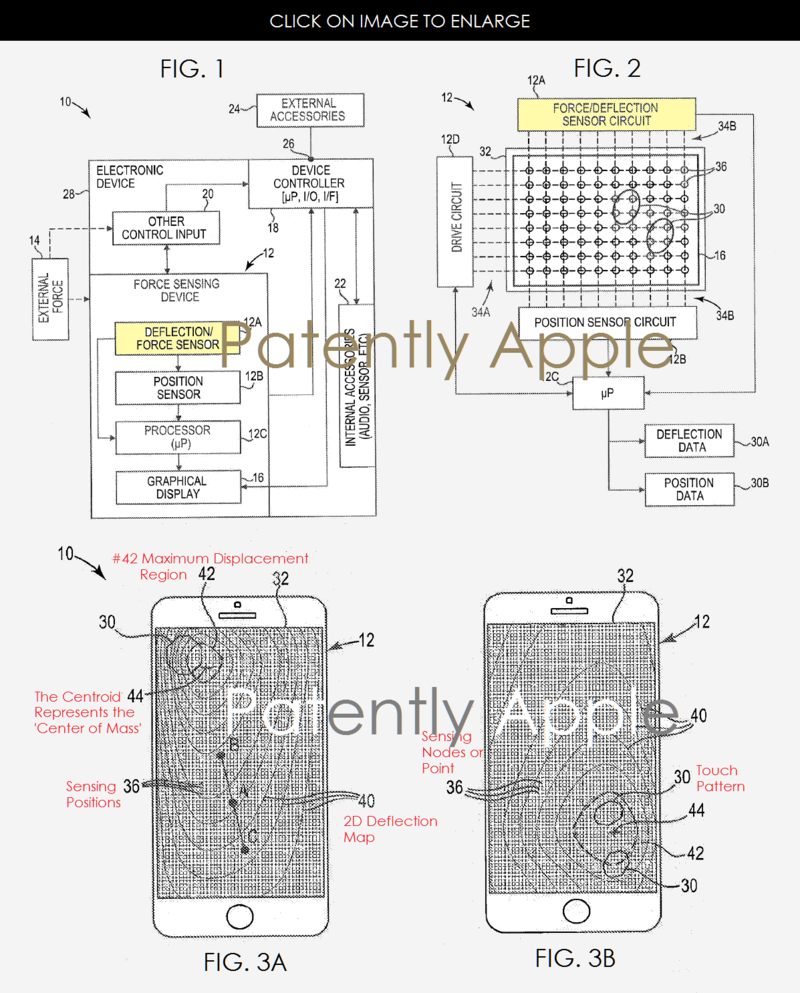 Apple's patent FIG. 3A noted below is schematic illustration of a representative force pattern sensed an iPhone. As shown in FIG. 3A, the touch pattern #30 is presented as an applied force on the sensing surface #32 of the input system, for example by touching a finger or stylus to the touch screen display on the iPhone application. The input system generates a two-dimensional displacement or deflection map #40 based on the pattern #30, fusing an array of overlapping traces 34A and 34B or sensors #36 to measure deflection. Apple's patent FIG. 3B is schematic illustration of an alternate force pattern sensed by the device.

Apple notes that as device technologies advance, moreover, an increasing number of control functions can also be integrated into a single device or form factor, including, but not limited to, real-time operation and control of voice and data communications, messaging, media playback and development, gaming, internet access, navigational services, and personal digital assistant functions including alarms, reminders and calendar tasks. This patent likely represents one of Apple's original 3D Touch inventions with aspects yet untapped.

Apple second 3D Touch related invention provides techniques, including devices and structures, and including methods, that can allow a device with a function button or Home Button to provide both a fingerprint image measurement and an applied force measurement.

Apple's patent FIG. 1 illustrated below shows us a conceptual drawing of a combination fingerprint sensor and force sensor system. 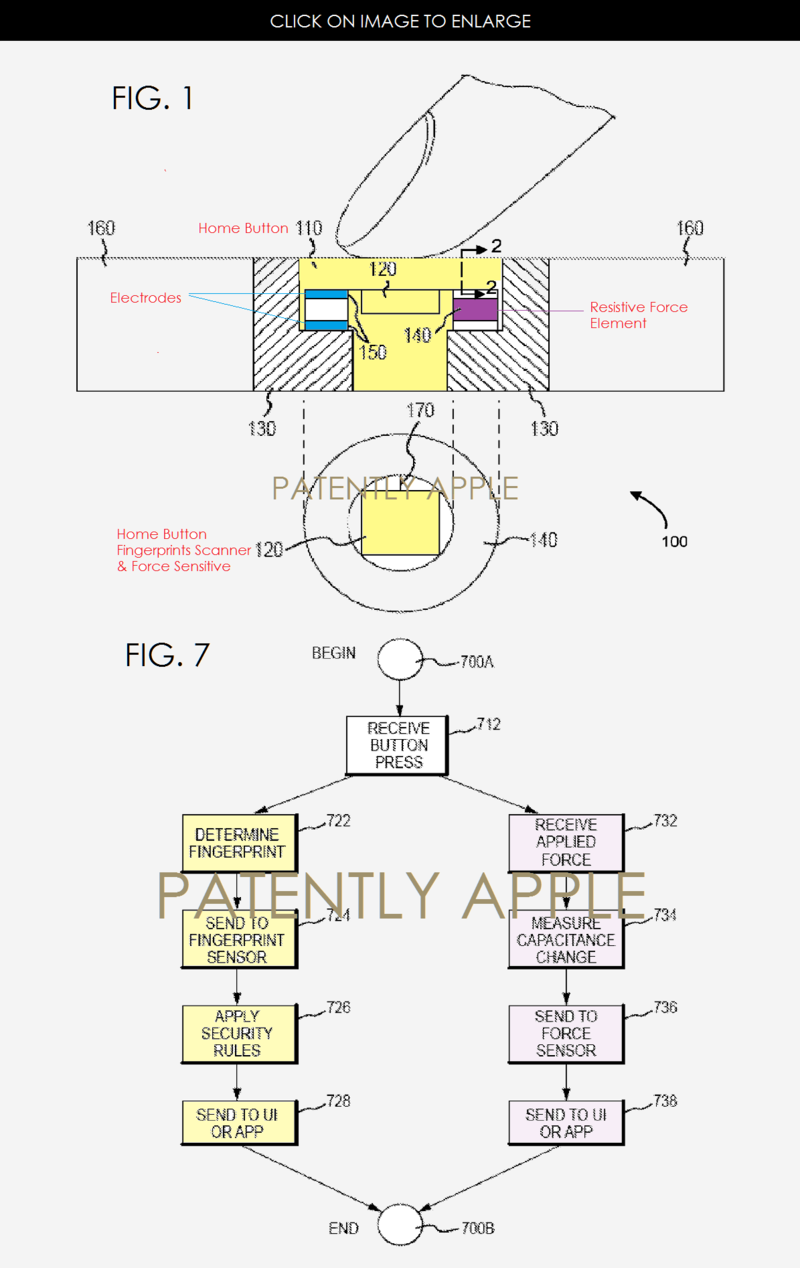 Apple's patent FIG. 7 shows us a conceptual drawing of a method of operation where the system decides whether the application is to apply to fingerprint ID or force touch.

Apple states that software, hardware, firmware or any combination thereof may be used to process the measurements of the detected touches to identify and track one or more gestures, fingerprints, or applied forces.

A gesture, fingerprint, or applied force may correspond to stationary or non-stationary, single or multiple, touches or near touches on touch I/O device. A gesture, fingerprint, or applied force may be performed by moving one or more fingers or other objects in a particular manner on touch I/O device such as tapping, pressing, rocking, scrubbing, twisting, changing orientation, pressing with varying pressure and the like at essentially the same time, contiguously, or consecutively.

A gesture, fingerprint, or applied force may be characterized by, but is not limited to a pinching, sliding, swiping, rotating, flexing, dragging, or tapping motion between or with any other finger or fingers. A single gesture may be performed with one or more hands, by one or more users, or any combination thereof.

Apple notes that this invention may also one day apply to the Apple TV remote, iMac, MacBooks, peripherals and beyond.