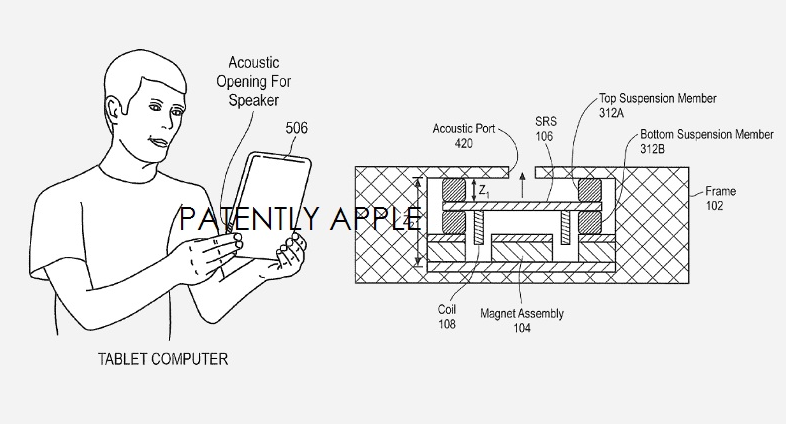 A year ago Apple filed for a patent relating to a new "Suspension System for Low Rise Micro Speakers" that could deliver a high fidelity speaker system for Apple's portable devices and more importantly to ever thinner devices like the upcoming iPhone 7. Apple has now been granted a patent for this invention. According to Apple, the speaker assembly could include a magnet assembly, sound radiating surface (SRS) and voice coil. We wrap up this week's granted patent report with our traditional listing of the remaining granted patents that were issued to Apple today. 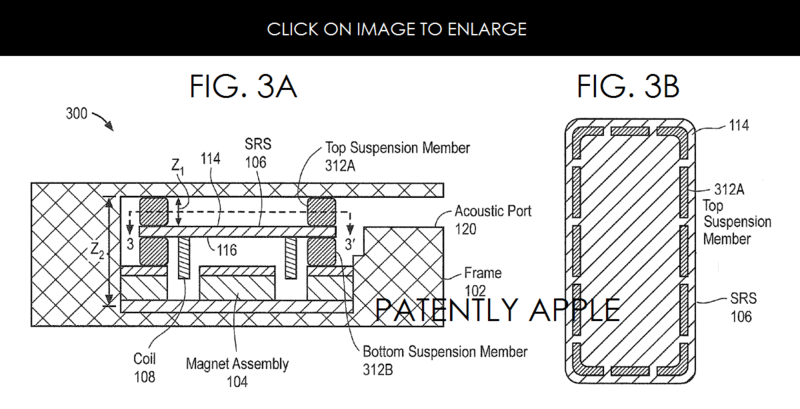 Apple's granted patent 9,271,084 was originally filed in Q3 2013 and published today by the US Patent and Trademark Office. Our original report covering this technology as a patent application was posted on February 5, 2015 and could be reviewed here.

Earlier today we posted a design patent report covering two Apple Stores. It should be noted that Apple was also granted two design patents today for one of the original iPad designs (one and two). 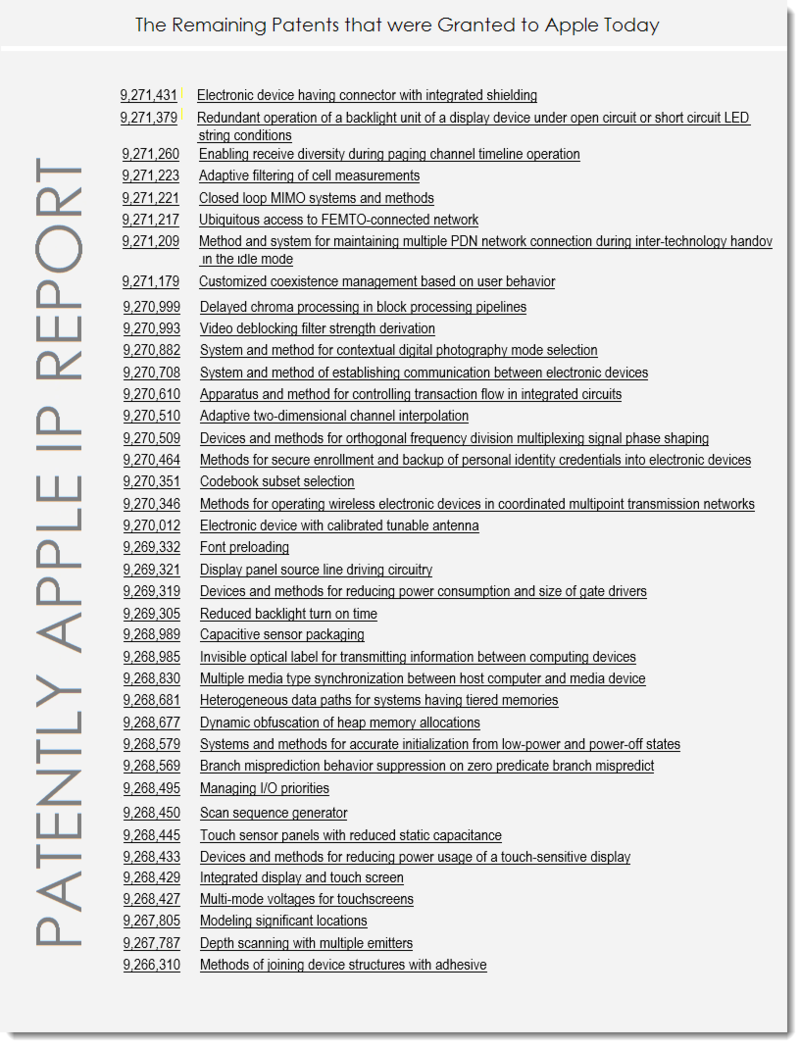