According to a new UK report, "A man who took Apple to court after he spotted a crack in his smartwatch has successfully sued the tech giant after a six-month battle. The Daily Mail Online reports today that "Gareth Cross, from Aberystwyth, west Wales, bought an Apple Watch Sport for £339 last July but 10 days later he spotted a crack in the glass face. When he complained, Apple said it was not covered by the warranty. 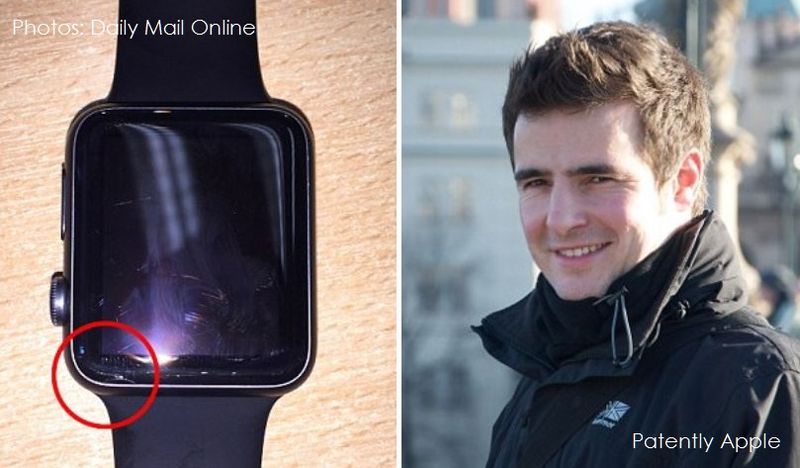 Cross noted that Apple was initially apologetic and offered to repair the watch if he sent photos in. But after seeing the pictures the engineers at Apple said it wasn't covered by warranty as they claimed Mr. Cross had damaged it - and refused to repair it.

The report notes that Apple "said the damage resulted from impact - despite their own official claims that the watch was 'resistant to scratches and impact'." Being an Apple fan, Mr. Cross didn't take kindly to Apple's response and decided to take them to small claims court for breach of the Sale of Goods Act.

After a six month fight, Mr. Cross was the victor. A judge at Aberystwyth County Court ruled that the company breached the contract of sale by refusing to repair or replace the watch as it had been falsely advertised.

The report further noted that as a result of this case Apple has since changed their description and removed their claim that the watch is resistant to impact.

It would appear that Apple's marketing stretched the reality of their new Apple Watch Glass finish. Apple's website stated that the screen was made from 'aluminosilicate glass - the same material used in the windows of space shuttles and high-speed trains.' It adds: 'It's fortified at the molecular level through ion exchange, with smaller ions being replaced by larger ones to create a surface layer far tougher than ordinary glass.' So much for that claim if a mere human can damage it when active.