Home Archives Contact Us Subscribe Twitter MeWe Facebook Patently Mobile
New Bill Gates Video Interview Clarifies his Views on the FBI vs. Apple Case and Beyond
Wearables Market Grew 172% in 2015 with Apple in the #2 Spot Behind Fitbit

The party is over for smartphone growth states a new report by Kantar. According to Carolina Milanesi, Chief of Research, "The smartphone market will never again see the growth of the past ten years. But, the opportunities to monetize from what has already been built are there, for those with the vision to find and seize them."

According to Kantar's latest report, mobile penetration in the US and Europe's Big Five Countries (The EU5 - France, Germany, Italy, Spain, United Kingdom) have reached 91%, and in urban China, that number has risen to 97%. Nearly everyone now has a mobile phone, and if those numbers are not staggering enough – 65% of Americans, 74% of Europeans, and 72% of urban Chinese consumers own a smartphone.

Milanesi added that "With this kind of market penetration already in place, some in the industry are wondering where future sales will come from. As is often the case, the answer depends on how you look at it." In a long winded way of saying it, Milanesi believes growth will come from switchers and new features/innovation.

As far as innovation for smartphones goes in 2016, Samsung is hanging their hopes on their VR headset and relationship with Facebook and Oculus to start winning back Android fans who have been switching away to Apple and other Android brands.

With the launch of its new Galaxy S7, Samsung is looking for ways to differentiate its handsets from other Android makers and bring a new user experience to market in competition with its key rivals.

The Korean press noted this morning that "Ko Dong-jin, president of Samsung's mobile division, said early Tuesday that the company has shifted its focus toward the main smartphone features customers are most concerned with ― camera function, viewing quality, battery life and virtual reality (VR).

The report further noted that "Ko said Samsung has found VR technology is the 'right thing' that consumers want, providing new experiences in the mobile space. Samsung Gear VR is the best device that can bring high value to consumers. With VR addition, you will enjoy experiences that you couldn't imagine before."

While that's typical Samsung hype during a new product event, they know that they have to push VR hard now to get ahead of Apple's potential entry into this space in the next few years. At the launch of the Galaxy S7 on Sunday, Samsung made the offer that all those pre-ordering their new Galaxy S7 smartphones would receive a free Gear VR headset. That's so desperate, where do you even begin.

Yet with Samsung having had a two year leap on Apple with a smartwatch, they had to recently watch the competing Apple Watch sales explode to the upside leaving their branded product in the dust. They don't want this happening again with the emerging VR headset market.

As for what Apple is planning for their new 2016 iPhone 7, we're still in the dark as far as knowing about any major new feature on the way – though it does appear that a dual-camera is destined for the iPhone 7, a trend that's been in the works for some time now that could be exciting if Apple delivers the right app or software to make it fun for consumers and yet viable for business.

To get an idea of what a dual camera could bring to the table later this year, C/Net has just published a new video on the subject as noted below highlighting dual cameras with an optical zoom feature.

In January we posted a patent report titled "Apple invents a new Dual Camera Zoom Lens System for Future iDevices & beyond." Although it's a long shot, Apple could very well have this feature ready for the iPhone 7 if we're lucky. 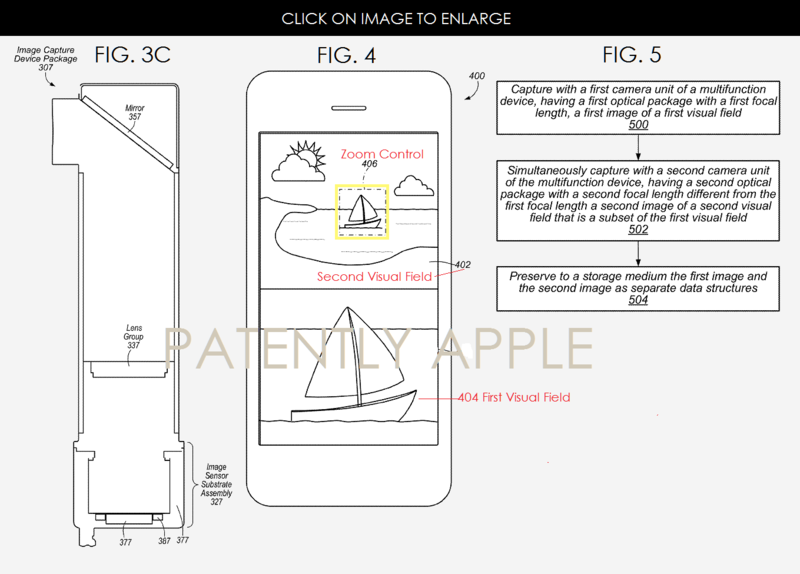 In the end, smartphone growth is slowing according to Kantar and that could spell trouble. Yet for Apple, there's likely a lot more growth to squeeze out of China, where their middle class is still exploding to the upside and while that market is still shifting from 3G to 4G smartphones.

Secondly, there's India that will be a major world player in the coming decade. That's a market that Apple hasn't really even scratched the surface of to date; a market that will only see their first Apple Stores later this year if they get their application in order quick enough.

So in general I disagree with Kantar's assessment that the smartphone growth party is over and yet I hope that their view that advanced features and innovation will be the key to smartphone growth in the future. This of course is where Apple shines and hopefully with the need to grow market share and profits for their shareholders, more of Apple's patent pending ideas will move from the paper column over to the market place at an accelerated pace. I think we'd all like to see that happen. So is the market glass half empty or half full for Apple? As always, it's all a matter of how you look at the future and the possibilities that lie ahead for them. I see it looking very bright.