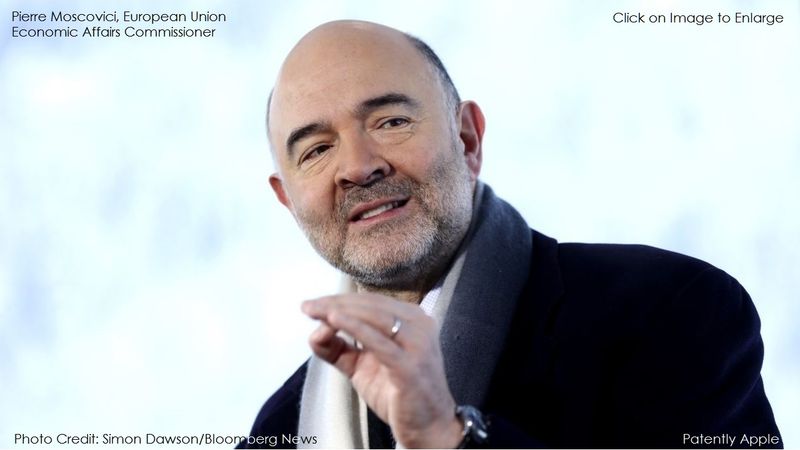 A new report published this afternoon reveals that the European Union will propose on Thursday a new set of rules and common standards aimed at amending corporate tax legislation across the bloc's 28 countries in an effort to thwart avoidance schemes and ensure wealthy multinationals like Apple pay their fair share.

The Wall Street Journal's report notes that "The commission's push marks a new attempt by the EU to stop large-scale corporate tax avoidance in Europe, where governments are struggling to close budget gaps in the wake of the financial crisis and assure citizens that large companies are being held accountable for paying their share of taxes. The bloc also is reeling from disclosures that multinational companies struck alleged sweetheart deals in countries such as Luxembourg that allowed them to pay very little tax in the EU.

In response to a public outcry, the EU has launched a series of investigations into special tax deals with multinationals, based on its powers to bar governments from providing aid that favors some companies over others."

The EU has struggled for years to close tax loopholes because all EU countries must agree unanimously on tax matters. But over the past two years, regulators in Brussels have found another way around that blockade—by using their powers to enforce the bloc's state-aid rules that prohibit governments from providing aid to some companies and not others.

Those powers have allowed Brussels to open a series of high-profile investigations into alleged sweetheart tax deals for multinational companies including Apple in Ireland and Amazon.com in Luxembourg.

The move is likely to raise concerns among U.S. companies that they are being targeted in Europe. A statement from American Innovation Matters—a group that includes U.S. companies Cisco Systems Inc., Boeing Co., Apple Inc., Intel Corp. , and Facebook Inc.—described the EU proposal as "the latest example of the aggressive moves being made abroad in an effort to tax even more American earnings, and use them to pad the coffers of foreign governments."

Last Thursday we reported that "Apple's CEO Met with the EU's Antitrust Chief over the Looming Tax Judgement that's due this Spring." The tax avoidance issue has also gone beyond Europe as we reported yesterday with Australia now auditing Apple's tax position for 2012.

The Financial Times reported today that "Apple could be liable for several billion dollars in back taxes, analysts’ estimates suggest, if a Brussels investigation over its European tax arrangements goes against it.

Luca Maestri, Apple’s chief financial officer, told the FT: "This is a case between the European Commission and Ireland and frankly there is no way to estimate the impact right now, we need to see what the final decision is going to be."

Maestri added that "My estimate is zero. I mean, if there is a fair outcome of the investigation, it should be zero." Good luck with that one, Luca, but I'm glad to see that you're an optimist to the extreme on all things Apple.