For the twenty-third time in a row, IBM was granted the most U.S. patents for 2015, according to a ranking by patent analysis firm IFI Claims Patents Services. There were 298,407 utility patents granted in 2015, down slightly from 2014. IBM gained 7,355 patents last year. Utility patents cover function rather than design. Apple came in eleventh position with 1,938 granted patents. 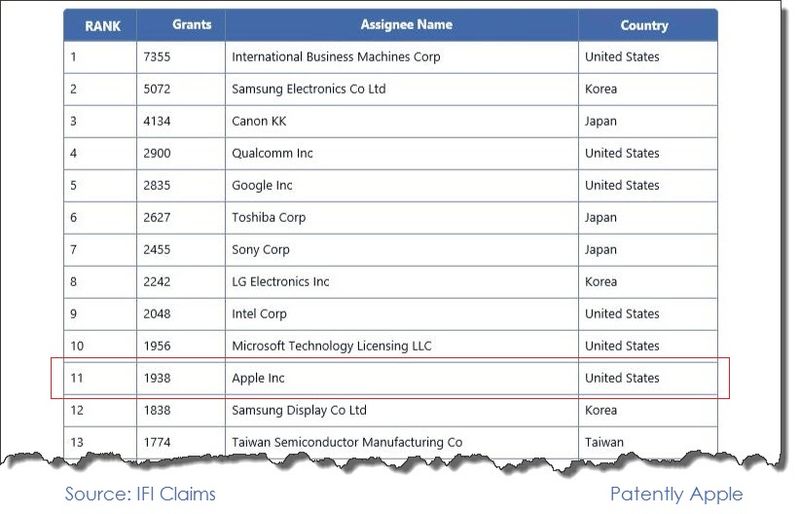 Among the technology giants notable for their intellectual property, Alphabet Inc's Google stepped up its patent activity, moving to the fifth position from eighth in 2014.

Patents are sometimes the subject of legal battles, and investors, analysts and enthusiasts alike track patents closely to see what companies are looking to develop next. For more information, see the full IFI Claims report here.

The top 10 granted patent categories for 2015 were in specific industries as follow: