Apple's engineering teams have been researching and developing various inductive charging systems for some time now. Today, the U.S. Patent and Trademark Office published yet another one of Apple's inductive charging and because of that we've now opened a new 'Inductive, Wireless Charging' archive to better keep track of Apple's work going forward. The archive covers multiple styled charging pads, coils, docks and beyond. The most important work on a wireless charging system dates back to 2012 when Apple introduced us to a Near Field Magnetic Resonance Power system. In contrast Apple's weirdest inductive charging invention involved a strange and hideous looking charging tower. Today's invention covers an inductive charging dock that could be used for an Apple Pencil as well as other future devices including a kitchen appliance. 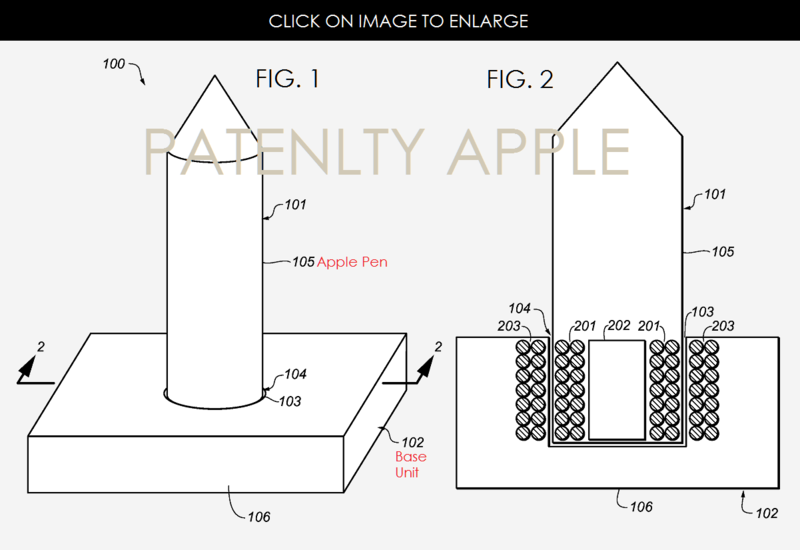 Apple's patent FIG. 3 noted below is a block diagram illustrating possible relationships of example components of the example system of FIG. 1. 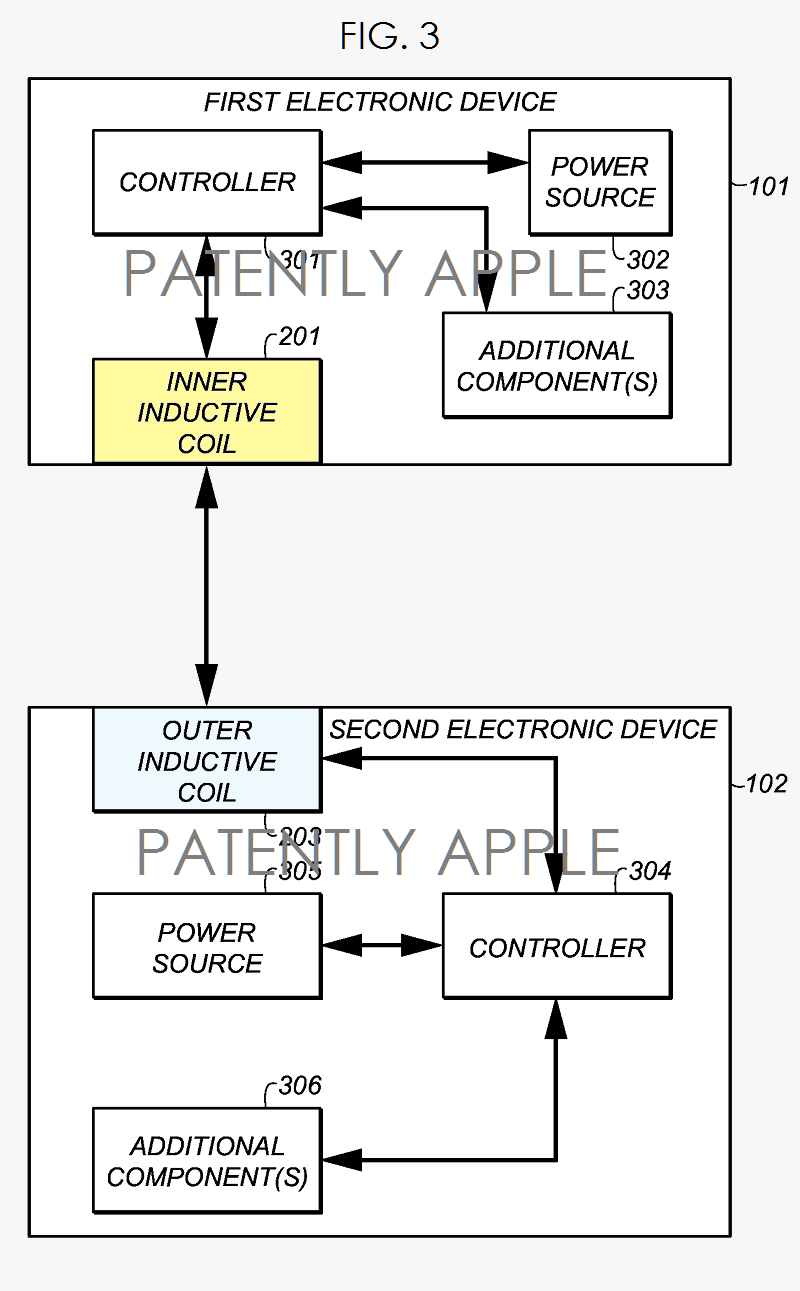 Apple patent application 20160006288 titled "Inductive Power Transmission Geometry" was originally filed in Q3 2014. Considering that this is a patent application, the timing of such a product to market is unknown at this time.

Posted by Jack Purcher on January 07, 2016 at 07:26 AM in 1A. Patent Applications, Apple Accessories, Wireless technologies, Satellite | Permalink | Comments (0)