Apple & Samsung were the Top Semiconductor Buyers in 2015

A new Gartner report published this morning notes that Samsung Electronics and Apple remained the top semiconductor buyers in 2015, representing 17.7 percent of the market, according to Gartner, Inc. Samsung Electronics and Apple together consumed $59.0 billion of semiconductors in 2015, an increase of $0.8 billion from 2014 (see Table 1 below). What the report doesn't point out is how huge a leap Apple took over Samsung. Apple's share grew by 7.1% in 2015 while Samsung's share declined 3.6%. Apple is now running neck to neck with Samsung. 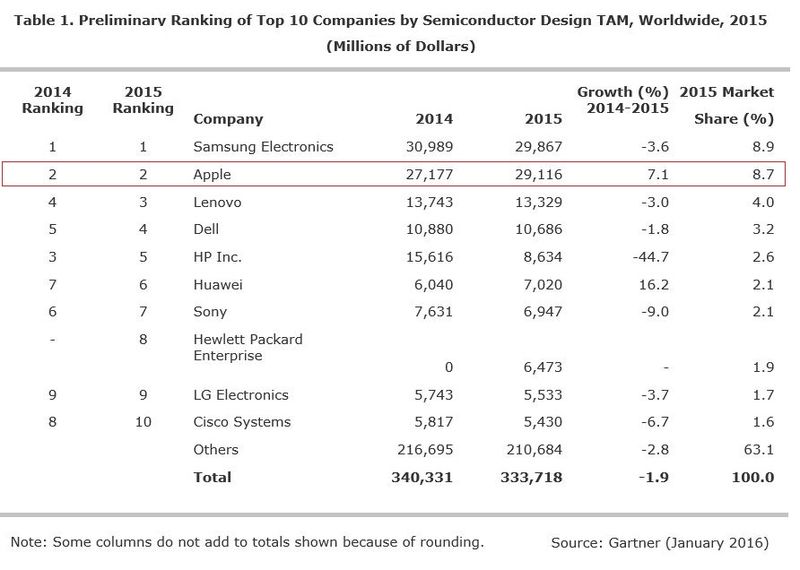 "Samsung Electronics and Apple have topped the semiconductor consumption table for five consecutive years, but the growth of Samsung's design total available market (TAM) was lower than the total semiconductor market in 2014 and 2015," said Masatsune Yamaji, principal research analyst at Gartner.

"Samsung and Lenovo, the fastest-growing companies over the last five years, decreased their design TAM in 2015 and the risk of revenue declines from the strongest customers for semiconductor chip vendors is increasing."