Home Archives Contact Us Subscribe Twitter MeWe Facebook Patently Mobile
Financial Conference Call Transcript: The Eye Opening Statement from Apple's CEO
This Year's Camera Trend for Smartphones will be Dual Cameras and it's likely to Debut on the iPhone 7 Plus 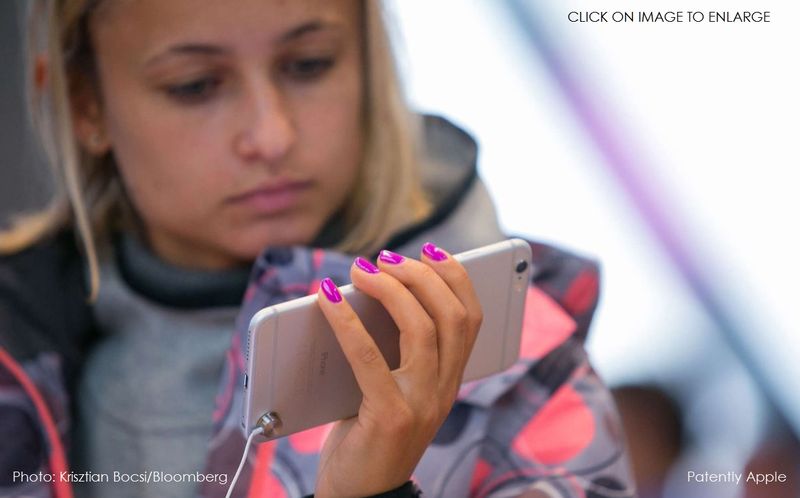 A new report published this morning notes that as a vendor, Apple has returned to the top of the leader boards in the U.S. and China. More specifically, the report noted that "In urban China, Apple regained its title of most-sold smartphone brand with a share of 27% and had the top three models in that market," reports Kantar.

The concern expressed by a number of analysts over the last quarter was unfounded as confirmed by Kantar's report. Apple's CEO had a lot to say about that yesterday afternoon as well: "We know that the conditions in China have been a source of concern for many investors. Last summer while many companies were experiencing weakness in their China based results, we were seeing just the opposite with incredible momentum for iPhone, Mac and App Store in particular. In the December quarter, despite the turbulent environment, we produced our best results ever in Greater China with revenue growing 14% over last year, 47% sequentially and 17% year-over-year in Constant Currency. These great results were fueled by our highest ever quarterly iPhone sales and record App Store performance."

Carolina Milanesi, chief of research at Kantar further noted in her report that "Apple loyalty in the U.S. is at its highest since 2012, reinforcing the fact that customer retention is not an issue." This was a specific point that was hammered home yesterday afternoon in Apple's CEO opening statement.

Apple's CEO Tim Cook specifically stated that "First and foremost, our customer satisfaction and retention rates are second to none and provide us with a long lasting foundation. For example, we think consumer surveys done by 451 Research, formerly known as ChangeWave, measured an incredible 99 percent customer satisfaction rate for iPhone 6s and 6s plus and an equally impressive 97% rate for the iPad Air 2. They also indicate that our iPhone loyalty rate is almost twice as strong as the next highest brand."

Where there's a contradiction between Cook's statement and the new Kantar report is in respect to Android switchers. Cooks specifically stated that "We saw a greater number of switchers from Android to iPhone than ever in Q1." Kantar's report saw it differently by pointing to customer acquisition from Android going from 13% in 4Q14 to 11% in 4Q15.

While smartphone stats were generally a little weaker this past quarter, Carolina Milanesi's final note was that "smartphones are not going anywhere anytime soon, and will play an important part in what is to come, from VR to wearables to the connected home. Vendors who want to remain in this business must continue to evolve and offer more compelling services and features that drive engagement or face the risk of becoming irrelevant in the wider ecosystem smartphones are enabling." For more about Android stats and leaders, see the full Kantar report here.