Apple is the Lone PC Maker to Grow Worldwide in 2015 while Lenovo Storms the U.S. Market with Stellar Growth

A new report published by IDC today notes that Worldwide PC shipments totaled 71.9 million units in the fourth quarter of 2015 (4Q15), a year-on-year decline of -10.6%. Although total shipments were in line with already conservative expectations, the news nonetheless ended 2015 as the first year below 300 million units since 2008. The only one to buck the trend globally was Apple with 2.8% growth year over year. Yet the surprise stat of the day came from Lenovo who scored big time in the U.S. Market with a resounding 21.3% growth vs. Apple's 8.9%. 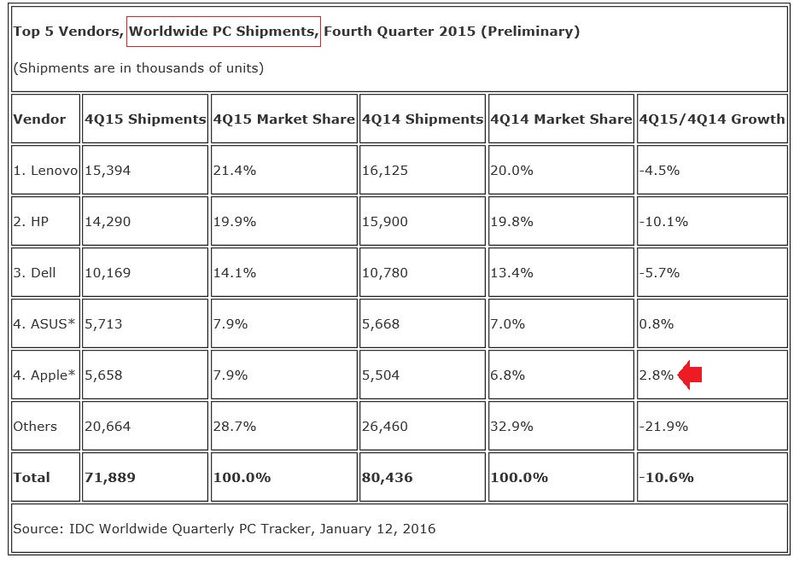 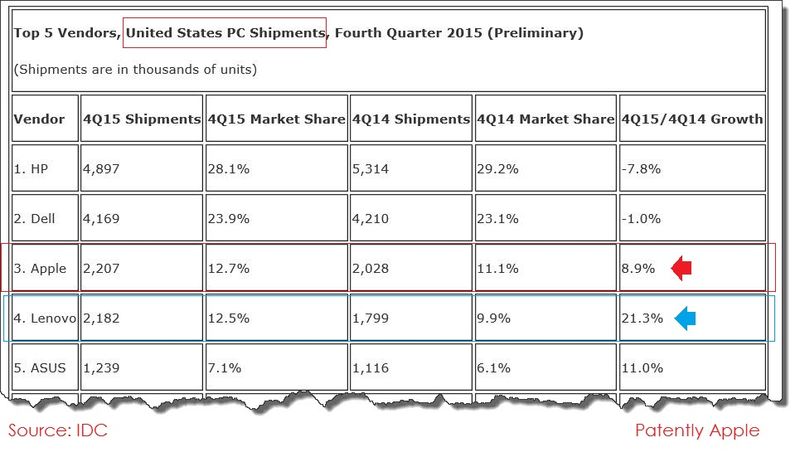 For more information on the color of the stats, see the IDC report here and/or the Gartner report here. While the stats between the two reports are slightly different, both agreed on Apple's 2.8% global growth for Q4 2015.